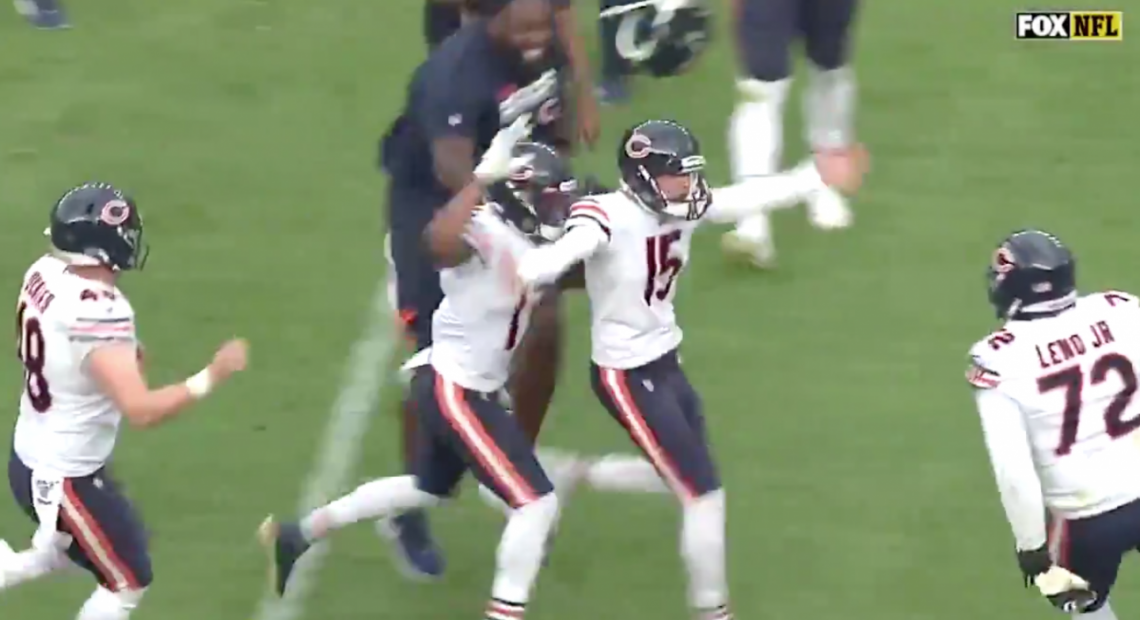 As an introduction, this was something they had me doing at FanSided last year, but FanSided is evil and stupid so I’m going to do it here in my own playground. This is not meant to be serious football commentary in the least, but just one cockeyed fan’s view.

Before entering whatever they call Not Mile High these days, I was discussing with Fifth Feather that as a giant middle finger to everyone after criticism of the Packers loss, Nagy might run the ball 40 times. Well, he did, and the punk rock portion of my soul wants to believe that it was a middle finger to all the press and fans that have been calling for a fullback to somehow enter this offense, it felt like more likely Nagy was terrified of letting Mitch do anything.

Mitch attempted one pass down the field all day until the final, this’ll-never-work-holy-shit drive, and that was on the first drive of the day and after a third down scramble that he nearly hit Tarik Cohen on. Had he, perhaps the whole complexion of the game changes and Nagy feels more comfortable with a lead and a more confident Trubisky. Alas, from there Mitch average 4.4 yards per attempt the rest of the day.

It was particularly galling on the Bears second-to-last drive, protecting a pretty slim touchdown lead. Four minutes left, a chance to salt it all away. The Bears did get a first down with an actual pass, if you can believe it, but then stalled out. Two consecutive plays with eight yards to gain and Mitch barely threw over the line of scrimmage, much less anywhere in the area code of the sticks.

That’s the game. You can take it right there. If your QB can’t make the throws to ice a game, then you might have a problem. This isn’t about constructing a drive for a score to win from behind (which to his credit, Mitch did). You just need a first down. Surely there’s a 10-yard route you feel Mitch can make in his sleep.

You understand on one level why Nagy wanted to trust his defense. The problem is a scalding hot day at altitude are the exact conditions that might wilt a defense that had already been asked to do a lot thanks to the offense’s conservatism/balloon handedness. And so it told. If the game’s there, take it. Don’t wait.

Perhaps it’s just going to be a process. Maybe Nagy got spooked by Vic Fangio on the other sideline, salivating to take advantage of more Mitch dumbness (there’s an image for you). Either way, this bumpy ride is long from over.

NFL Rules Don’t Make Any Sense Because They Can’t

Before any Broncos fan comes in here to start tearing up the furniture while lambasting their lot in life after that roughing the passer call, let’s be clear that Eddie Goldman got one just as soft and Leonard Floyd’s unnecessary roughness wasn’t much better.

The spirit of the rule I agree with. Protecting QBs is a good idea not just because they are the faces of the league, a team’s season goes in the shitter when one gets hurt pretty much automatically, and they are the unique player that is eligible to be contacted when they don’t have the ball, at least for a short time.

Accepting all that, it’s nearly impossible to have rules that are going to navigate that perfectly .The whole “full body weight landing” clause to roughing the passer calls is clearly meant to avoid broken clavicles, but how exactly can defenders adjust how they’re landing in half a second or less? I think we all know an intentional body splash when we see one and what’s just a normal tackle.

The officials may tell defender to aim for “half” of the QB, thus being able to spin off to the side. But that’s only going to make getting any mobile QB near impossible to wrangle, which is what I guess the NFL wants.

The NFL already has a “did it count?” problem, with every play not really official until we see no flags or reviews. We’re getting close to every drop-back by a QB needing to be vetted as well, which makes it feel like everything you’re watching isn’t happening and then questioning what truly is reality.

Football Jerseys Do Not Do Well In The Heat

There are currently three undiscovered life forms in my Tillman jersey today after a day in the sun and heat with it. I’m afraid they will eat my suitcase in the overhead compartment as I travel back tonight and will be left with nothing but a rapidly growing organism with no sense of social graces. 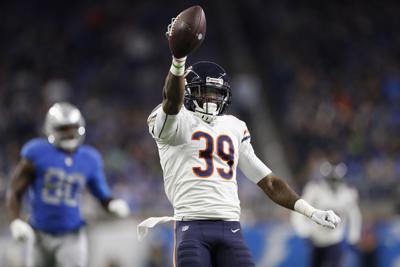