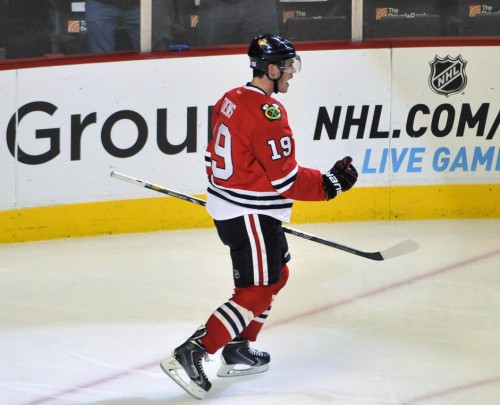 I know a lot of you are new fans, or are just too young to remember. But if you weren’t there and ever wondered what hockey was like in the late 80’s or early 90’s, here you go. The neutral zone is nothing more than a launch pad, the goaltenders are making it up as they go and generally getting it wrong, the backchecking doesn’t even reach the level of a suggestion, and basically the last team to have the puck wins. It drives coaches nuts, but man is it entertaining. Luckily, the Hawks came out on the right side of this one.

Toews will take the plaudits, but everyone was a Pollack painting tonight, doing a lot of good and a lot of bad. But hey, it’s October, and the Hawks don’t have to be perfect. Especially when they’re still getting points. Shall we move on to the bullets? Yes, we shall.

Observations and Speculation and Other -tions

-I want everyone to breathe about the goaltending. I’m not going to argue that Nikolai HarveyBirdMan was any good, because he wasn’t. And he wasn’t good against Tampa. But before he’s rolled up into a rug and chucked off the Wabash bridge, let’s try and remember that it was two starts. Two. After Crawford’s first two starts this year, there were plenty who were calling his contract a huge mistake.

Again, not saying Khabby shouldn’t have had two of those goals at least. Or that I’m sure he’ll rebound, because I’m not. And four goals on 22 shots is not pretty. But when those 22 shots have come not even halfway through the game? Well, that’s not on Khabby. And for those already calling for Antti Raanta, he has seven appearances in the AHL. Let’s just pump the brakes a tad, hmmm?

-While Toews’s heroics will shield him from any sort of criticism, he’s hardly been immune to the team-wide shrug that the Hawks are showing at a lot of times toward back-checking. Sure, Zibanejad’s goal resulted from Toews having his stick held somewhat, but it’s not like the legs were pumping for him to get there. That’s not to single out Toews, because he’s hardly alone. Sharp had a nice seat for Michalek’s opener, Saad took a funny angle on a penalty kill, and Seabrook kind of sat in front of Khabby for Corvo’s blast. Seabrook also didn’t bother to win the battle at the red line (and what he was doing at the red line is another story) with Zibanejad that led to his goal that chased Khabibulin.

And this is the thing. I think we’re all going to have to learn how to balance knowing what the Hawks’ game should look like and what the calendar says. We wouldn’t want the Hawks to be on full tilt now. So we can see the problems, and say they’ll be fixed when it matters, and say that with a fair amount of confidence. I guess the time to worry is when it feels like everything has been let go to the point where it can’t be reeled back in.

-Seabrook is the far bigger issue than Khabibulin. That maple leaf meter definitely went down tonight.

-The only Hawk to not register a shot tonight was Brad Mills.

-Kyle Turris was full value for his second star, as he had a very impressive game. So did Zack Smith, which I guess is encouraging because he gets mentioned as a Hawks trade target every year. But he was one of the few Senators who even bothered in his own end.

Eh, that’s enough. It was all silly, and it ended up silly in the right direction. Perhaps we should just enjoy the days off and bask in the goofiness.

Friday Foofaraw: Your Least Favorite Hawk Of All Time 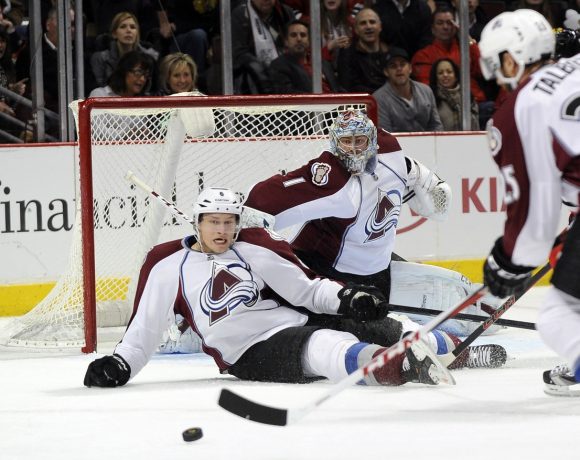 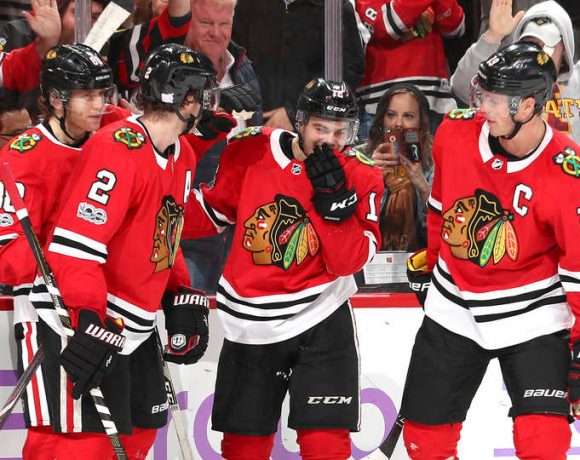