Well, it wasn’t exactly as locked in and authoritative as it could have been. But it didn’t have to be, and they certainly aroused more passion tonight than they did Monday. Against the Oilers, it barely takes a whisper of a care to win, and the Hawks managed that… at least after the first 10 minutes where this looked like a kindergarten class that got into the Jolt Cola. Yes, Jolt Cola. I know some of you drank it once upon a time.

The one big difference was the Hawks were far more engaged tonight in front of their own net than they were on Monday. The rest of the ice? Eh, comme ci comme ca. But in front of both goalies, they were determined to tie up sticks and knock over bodies. Hence, the Oil never really sniffed much.

Let’s get the bullets out of the way then so we can all move on to Friday:

-Obviously, the main thing we were watching was Drew The White’s debut, just because it was something new. After his second shift that saw the Hawks scored on (not convinced it wasn’t Kane’s fault as much as his) he gradually grew into it. The Oilers are not a fair barometer of what he can do in the NHL, and neither is one game. His skating is a tad clunky. But you can definitely see where the offensive instincts are, and the ability to get out of tight spaces with his hands. Most other NHL teams will just take the body of course, but he at least knows where to be. So that’s nice.

Not based on just one game, but considering the Hawks were hot on him last season, I’m going to go ahead and predict that he and Pirri will battle it out in training camp next year to see who gets the 50 games on the second line before they just go out and trade for another one anyway.

-Not helping his cause was that Sharp and Kane were back to Good Time Boys mode, though they were all over the offensive zone. Part of the reason that Handzus switched with Bob Loblaw.

-As I said on the twitters, the Hawks were Arsenal-esque tonight. For those that don’t speak Premier League, Arsenal is probably the most skillful passing team in that league, but have a tendency to not shoot and always want to set up someone else to tap in. Hossa has been guilty of this all year, actually. Just shoot the fucking thing.

-Kane shouldn’t be allowed to play teams like the Oilers. It’s just too easy.

-If the Oil start punting some of their kids to get actual d-men or actual checking forwards, I’ll happily take Magnus Paajarvi off their hands. He’s their one forward who’s clued in on the defensive zone, and has some skill. He’s a RFA, but you never know with MacT in charge.

-I hate to boil this down to one save making the difference, but didn’t Crow look a whole lot more comfortable than we’ve seen him the past week after the leathered larceny on Eberle? Excuse me while I don’t panic about Emery’s injury.

-For everyone worried about a Presidents’ Trophy curse, check this out from Jonathan Willis. It’s obviously no guarantee, but there’s a reason the best team wins it and is more likely to go far in the playoffs. Because they’re the best team.

That’s about it from here. Two games to serve out, probably with a fair few Hogs getting a game to rest some guys. Everything’s in it’s right place. Let’s enjoy the breather. 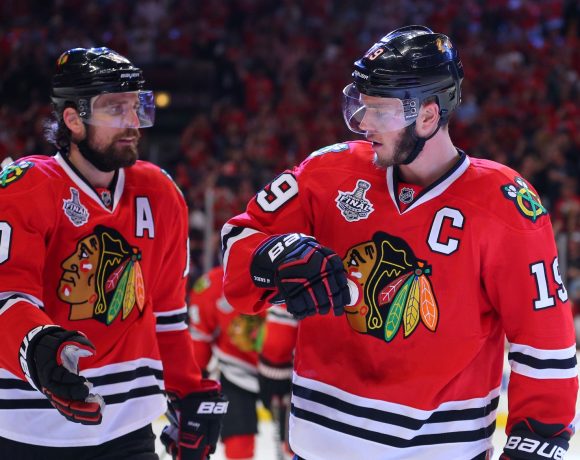 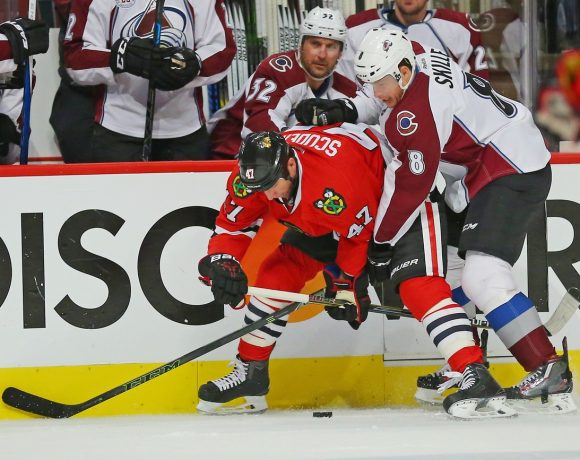