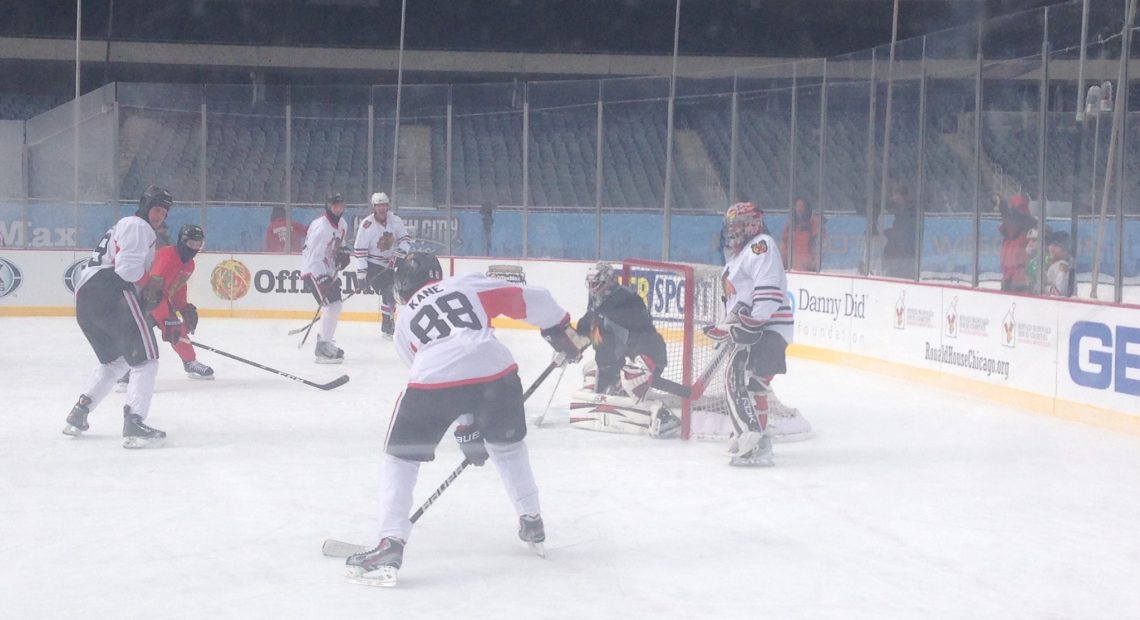 The heroes on the ice gave back to the real heroes in uniform on Saturday and I was lucky enough to get a firsthand view of it.  I had the incredible opportunity to watch USA Warriors and the Chicago Blackhawks private skate from the glass at the most unlikely of places, Soldier Field.  Standing on the 20 yard line of the infamous stadium on an incredibly windy, yet sunny day I got to witness my favorite team play rat hockey with a group of men and women who sacrificed so much for our country and it was an experience I will never forget.

I volunteered to work the Office Max Hockey City Classic media relations staff.  Late Friday night I got an email about this wonderful event and how after our walk-through we could watch this take place.  I had no idea what to expect, it was cold, and the team had a game the night before. The other volunteers and I lined up to watch both teams enter through the tunnel opposite of where the Bears enter and everyone had a smile on their face. Every member of the team and coaching staff attended and even some of the Hawks brass was there. The Hawks went through their warm ups, stretched and more or less just screwed around. Then the Warriors took the ice to a big cheer from about the 50 people in attendance. They skated what appeared to be 20 on 20 for about 40 minutes.

There were four goalies and each took turns at the opposite ends of the ice.  It was dangles and snipes from both teams, fake elbows and slashes all around. Fun was had by all and I genuinely mean that. Joel Quenneville spoke with the Warriors coach the whole time and at the end all the guys came together for a keepsake picture and hugs.

I think the biggest thing that I will take away from the event Saturday was the genuine class and enjoyment that each Hawk player showed on the ice. Whether it was Patrick Kane setting up someone from the Warriors with a sick backhanded pass to score on Ray Emery or the constant goofing around everyone on the ice shared. I saw a real enjoyment of everyone‘s face and real reverence for the event that had just taken place.

In the end it was the Blackhawks honoring our heroes, there was no spectacle, no real publicity just a quiet, semi private event to show gratitude to people that have sacrificed so much. To me it was 40 guys playing shinny on an outdoor rink; I didn’t see millionaires and war veterans, I saw hockey players having fun and playing hockey in its purest form outside on a cold winter’s day.

A special thanks to Intersport for the wonderful opportunity to work with their media relations staff and for showing why Chicago is the best Hockey Town in America with such a great event that was the Office Max Hockey City Classic. 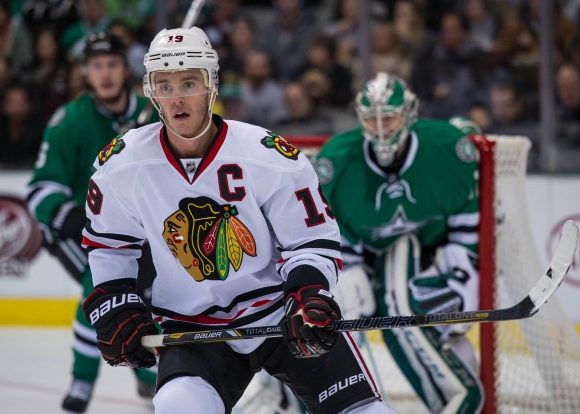