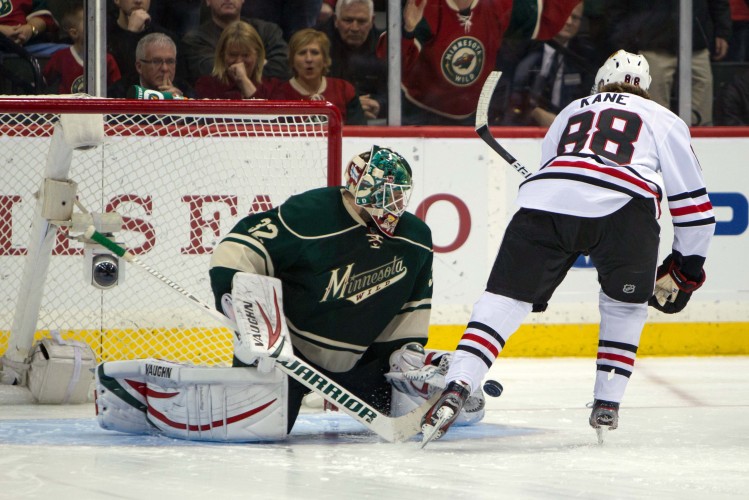 Well, I guess you can’t win them all. Maybe you can win all the ones you don’t tie. Let’s see if that can be done.

But after all is said and done (and before they make me run), there isn’t too much to get upset about. Which is weird, because just about the time I was going to start getting itchy about how the Hawks were getting pressed into waffles at even-strength in the 2nd period, one penalty kill turned it around and the Wild were chasing shadows. The 17-6 shot-difference in the last two stanzas would be evidence of that.

Still, all that possession and territorial advantage didn’t lead to a barrage of chances, which I guess is a little worrying. But not all that much. I suppose it could be argued that the Hawks got better as the Wild got more tired, having played last night and in their 3rd game in four nights. But the Hawks will find that a lot this season, as well as the reverse.

In the end, the width of the crossbar kept the Hawks from extending the shootout where they might have won it. Or might not have. It’s a fucking shootout. Just flip a coin and be done with it.

-Ok, there is one issue the Hawks are going to have to deal with at some point. That’s their second line. While Kane’s power play points have masked it, but these three have simply abhorrent CORSI numbers now, and it’s hard to ignore the trouble they’re having at even-strength.

The most noticeable problem is that Dave Bolland can’t win a draw if he was taking it against a fraggle. He was the only Hawk to be below 50% tonight, and by some margin. He won six of 20. It’s an issue.

While we could argue whether this is a second scoring line or a checking/scoring hybrid, but it doesn’t matter. If it’s going to work, they’re going to need the puck either way. They’re not getting it enough now.

Bolland’s reputation has been built with Keith and Searbrook behind him a majority of the time. They were all sent out to deal with the top scoring threats. That’s not always the case now. But it should be. Bolland’s not going to win draws, he needs someone to help get the puck back. But if you send out Marlboro 72 consistently with Bolland and Kane, you’re putting them out against top lines. Will that work with Sharp and Kane?

A solution might be to flip Saad and Sharp. While Saad isn’t that much better defensively, he will give Bolland and Kane a forechecker and a physical presence to win back pucks and create space through his driving to the net.

Another is to have Sharp start taking some of Bolland’s draws. Sharp isn’t that great either, but last time he was at center, in 2010, he won over 50%. He at least has that on the resume. Bolland most certainly does not.

-Shaw’s line had its best game of the season, and that was after Shaw lost Cullen at the draw that led to the opening goal. Bickell was an absolute beast on the forecheck and on the boards. A smallish Minny defense just didn’t have an answer. Good to see.

-Brandon Bollig actually wasn’t a dunce tonight, with a couple of good hits and forechecking. If he’d do that more often, I wouldn’t bleed from the eyes when I see him. But Mayers ability to win a draw is still more needed.

-I haven’t checked, but I’m sure Cal Clutterbuck was credited with 87 hits tonight.

-Both Keith and Seabrook topped 26 minutes tonight. Don’t make it a habit, though some of that is OT where Brookbank can’t play due to his concrete skates.

-Crawford was fine, he didn’t have much to do, couldn’t help the two goals really, and made whatever he had to. Two goals per game will be just fine.

Could have won, didn’t, got a point. Move on. 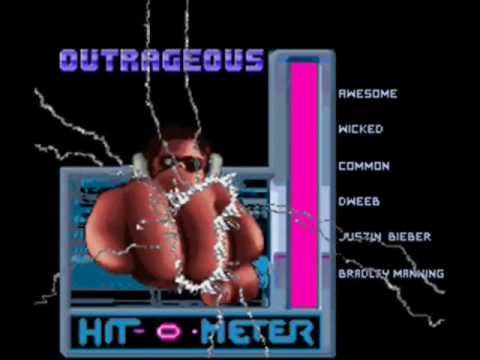