It wasn’t supposed to be like this for the Sabres, who were supposed to take whatever “THE NEXT STEP” is supposed to be this year. But once again they find themselves in the Eastern Conference cellar, and make their lone visit to the UC tonight.

Of course, given the state of the league and the generally accepted blueprint for improvement within it, being this bad might actually be the best thing for the Sabres. As much as the old tomato cans can prattle on about experience in meaningful games, and they’re right to a certain extent, if a team is going to barely miss out on the playoffs, it might as well do so spectacularly and improve its lottery position. And given that the Buffalo faithful still turn out in droves despite the on-ice product and have chosen to trust this process, they might as well stick it out another year.

It helps when their supposed franchise center and last year’s #2 overall pick Jack Eichel spent a significant portion of the season injured from the outset. Eichel has put up almost a point per game since coming back (6G 7A in 16 games), but there just hasn’t been that wow-factor yet with him as there has been with the player taken ahead of him in the draft. And having a sub-43% share of attempts as a de facto #1 center doesn’t help matters much. Kyle Okposo has been a good fit so far in Buffalo, even if the true measure of his value is being felt in-absentia on Long Island. Sam Reinhart has shown promise and his scoring totals are improving with an expanded role, as he’s on pace to break the 50 point mark. And Ryan O’Reilly is about as solid as a two way center as there is in the league, and is far and away the Sabres’ best possession player at over 55%, so there is some depth at center here as long as ROR isn’t behind the wheel and near a Timmy’s. But other than Okposo, there’s not a lot going on on the wings. Brian Gionta and Matt Mouslon are here simply to get the team to the salary floor, and ZEMGUS hasn’t really developed into much despite having an amazing name. And of course, Evander Kane is here, who we at one time defended for being singled out for being a brash young black man in a white man’s league, but it turns out he’s an alleged sex criminal piece of shit too. So congratulations to everyone for having their biases confirmed, but the most congratulations as always go to Frank Sedita for winning his election bid.

The real problems seem to be coming from the Sabres’ blue line, where it turns out that Rasmus Ristolainen, also an amazing name, might be bad. Ristolainen held out as a restricted free agent this summer, and parlayed that into a 6 year, $5.4 mildo AAV deal, and so far the results have not been there despite piling up assists. Rasmus has a 44.6% share of shot attempts, and 13 of his 22 assists have come on the advantage, so it’s safe to say things are going sub-optimal for him at evens. And if he’s bad, this will be the second straight gigantic right-handed shot defenseman that the Sabres have mis-scouted, the first being Tyler Meyers. In return for Meyers, the Sabres received Zach Bogosian, a former #3 overall pick in his own right, whose game has plateaued despite having all of the physical tools of a young Bottomless Pete. Dmitry Kulikov won’t play tonight but he’s been bad anyway, so Justin Falk (the bad one), Jake McCabe, and whatever’s left of Josh Gorges will fill out a Sabres’ d-corps that appears desprately in need of retooling.

On the pleasant surprise side of things, the Sabres have actually received representative NHL goaltending this year, with both Robin Lehner and Blackhawks Legend Anders Nilsson bosting save percentages north of .920. Nilsson gets the net tonight with a .928 overall and an absolutely stellar .946 at evens. But as good as his performance has been this year, Nilsson is to be commended even more for his extremely public stance on inclusivity, unlike his dipshit teammate Lehner.

As for the Men of Four Feathers, Marian Hossa makes his return to the lineup tonight, and for his troubles he will be escorting 28-year-old Spencer Abbott on his opposite wing, who will be making only his second ever NHL appearance tonight. While Abbott has earned his cup of coffee in the show for this evening, as well as an AHL All Star bid after having bounced around in various leagues on both sides of the Atlantic for years, the fact that he is jumping directly to a line with two Olympians on it is an incredibly damning statement on the Hawks’ forward depth. This team has no time within this window to deal in feel good stories anymore, and this is going to be an issue that has to be solved outside of the organization very very soon.

On defense, Teflon van Riemsdyk will be taking minutes on the top pairing with Duncan Keith, where he will assuredly make several wrongheaded and poorly timed pinches into the offensive play despite the fact that he is playing with a surefire hall of famer and one of the faster skaters in the league even at 33. It cannot be said enough times how little Passenger 57 has to offer at this point. His play with Keith clearly indicates that he has no instincts or hockey smarts to go along with being light in the ass, slow, and not really having any kind of hard or accurate shot to speak of. That beat reporters want to cite both his shot blocking ability or compare his developmental curve to Niklas Hjalmarsson is flatly insulting. First of all, for the uninitiated, blocking shots is bad because if a player is getting hit with the puck that means he doesn’t have it and is defending. And second of all, Trevor van Riemsdyk is 25, was undrafted, and not in any pro organization until he was 22, having no pedigree other than his name. To compare that to Hjalmarsson, who by 25 had played the hardest minutes on two Cup champions and a conference finalist and had been given an offer sheet, is beyond baffling. And of course, The Hill will once again be skating ahead of Brian Campbell who by all looks will be a healthy scratch again tonight, and will surely take power play time away from Gustav Forsling, who will be partnered with the aforementioned Hjalmarsson. But hey, Michal Kempny has proven his worth by scoring in two straight games, so at least he gets to stay.

Corey Crawford will once again get the start tonight, who has deserved far better than he’s received since coming back from his exploding appendix.

While Ryan O’Reilly will surely give either of the Hawks’ top two lines fits, and Nilsson has been superb, the Hawks’ speed among all four lines against the Sabres’ defensemen should be able to generate enough attempts on net to have enough go through, particularly with last change. But the Sabres did score 4 goals on 19 shots against Hank Lundqvist despite getting skulled in attempts against, and did so at MSG. So they’re not to be taken lightly. And with the Hawks for all intents and purposes trailing the Wild in the division now, they don’t have the luxury to take anyone lightly. Get these two points and right the ship. Let’s go Hawks.

We All Know Iggy Is Finished, But What My Book Presupposes Is… Maybe He Isn’t? 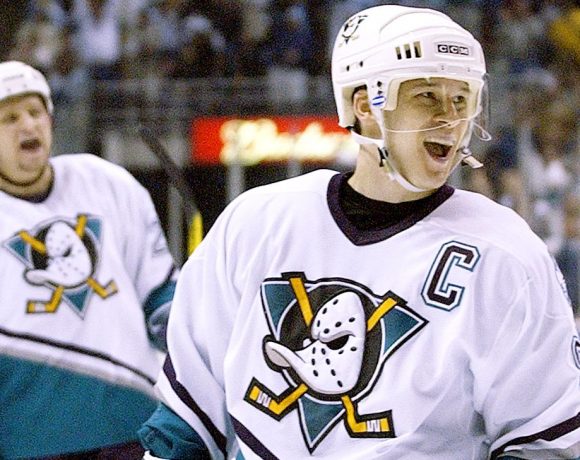