Asked for a piece of mine, you charged me for it 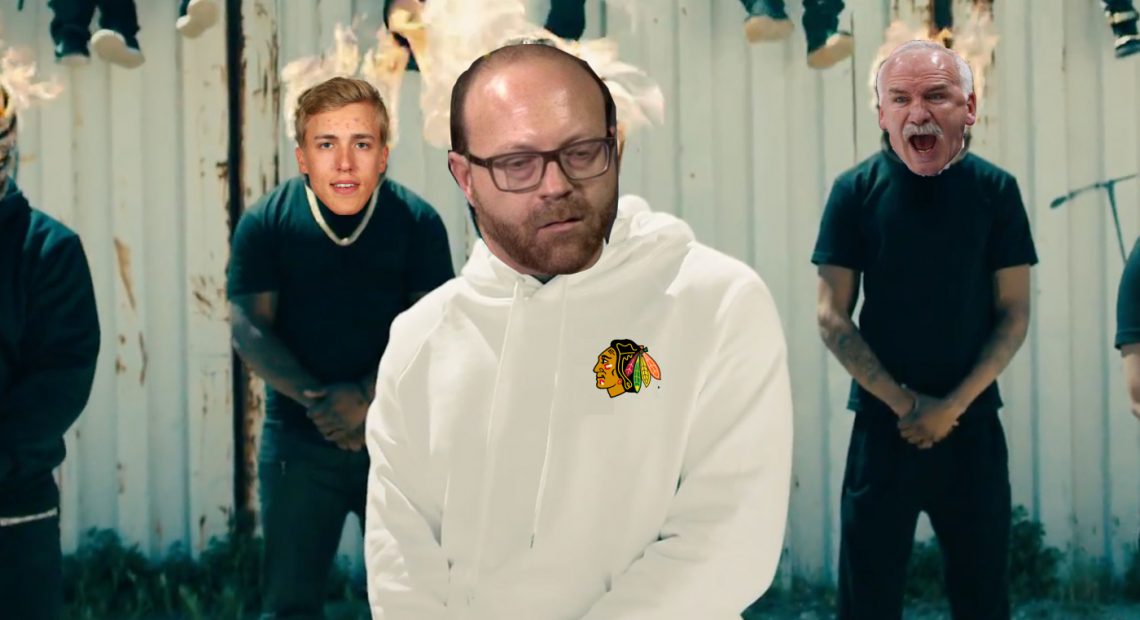 One of the more ironic things about Chicago sports is how often the teams in this town get referred to as “storied franchises” despite most of them not really having great stories. Run down the list and not a single of the major sports teams in the city have won more than six championships in their given sport, and only the Blackhawks and Bulls have shown any level of world dominance style success in anyone’s recent memory (the Cubs may get there, but please don’t try to convince me they’re already there).

I am normally an overly optimistic sports fan when it comes to my teams, so it’s been kind of a weird juxtaposition for me to hold the belief that my favorite teams are “destination teams” for players while also realizing they don’t quite have the history to back up that belief. Add the fact that the various ownership and management groups of the Chicago franchises don’t have the best track records – especially among fans – and maybe Chicago sports franchises have a reputation they haven’t quite earned.

Which is why I was intrigued by this poll posted on Twitter by Cheer The Anthem last week:

It’s a very clouded question, because outside of Theo/Jed, Chicago’s  sports teams really have very questionable front offices. GarPax chased an elite player in Jimmy Butler out of town rather than ever making a real effort at building a championship team around him, so I’m not in the least bit surprised that they were low on the list. Even as a White Sox fan I was surprised Rick Hahn finished so high, because the question was referencing the last three years, and not just one. Hahn couldn’t build a winner around Chris Sale, Jose Abreu, Adam Eaton, Jose Quintana, and other young, controllable players, so one year of very good trades only makes up for so much of that.

Honestly, I voted for Ryan Pace, not because I think he’s done an incredible job with the Bears in the last three years, but because he’s the only GM on the list who has his team essentially where he expected to have them three years ago, and the Bears seem to be headed in the right direction. Again, I’m an optimist.

But honestly, I think the fact that Stan Bowman won the vote there is kind of laughable. Now, I know the list isn’t exactly stuffed full of incredible GMs, but Bowman has been damn near pitiful over the past three years. Second City Hockey has made posts tracking the major moves Bowman has made over the past three years, so I went back and reviewed those lists (see them here – 2015, 2016, 2017), and basically rated them as either Good, Whatever, or Bad using entirely my own opinion. This was actually pretty easy, and I think most people would probably agree with my evaluations.

For brevity I won’t post my rating for every single transaction, but here’s how it shook out – 2015 had seven good moves, seven whatever moves, and eight bad moves, so I’d chalk that up as a “whatever” year that leans a bit toward bad. The good moves included signing Artemi Panarin, the Brandon Saad trade, and re-signing Anisimov. The bad moves included the Brent Seabrook extension, Patrick Sharp trade, and the David Rundblad extension. Seriously, the Seabrook extension was so bad, even when it was signed. The nearly $1-million raise for an aging player, plus the max term, and the full NMC, all when StanBo wasn’t even negotiating against anybody. Just embarrassing, and it clearly hasn’t aged well.

The moves made in 2017 were mostly “whatever” moves, and I didn’t actually rate anything as bad. The two moves that I consider especially good were the Scott Darling trade and Panarin/Saad swap. The Darling trade was pretty much masterful work, because to get a third round pick for a guy that otherwise would’ve walked for free is a really good move. The other big move of the year, the Hjalmarsson/Murphy swap, I graded as Whatever, which is probably bad, but Murphy has been fine this year and there is time for that move to pan out. And Stan started 2018 off right with a pretty good deal on Wednesday night, swapping Richard Panik for Anthony Duclair, making his team younger and faster while also saving cap space.

In the middle of all of that was 2016, which rated out with four good moves, four bad moves, and eleven whatever moves. But don’t let those numbers fool you, 2016 was awful for Bowman, and really could end up proving as the year that ultimately un-did all that he had built up here in Chicago. The best move he made was trading Andrew Shaw for two draft picks, one of which became our Special Boy Top Cat. The next best move was trading Jeremy Morin for Richard Panik. Panik hasn’t been awful, but that move is hardly anything to write home about. I also rated re-signing Q as good, so if you wanna take that out since it isn’t directly roster related, there’s only three good moves. But the bad moves were very, very bad.

Starting with the Andrew Ladd trade, which basically undid most of the goodness of the original Brandon Saad trade. Marko Dano hasn’t quite delivered on some of the promised potential, but I think his game was well suited for the Hawks’ style, and there’s a chance that had he been afforded more playing time with the Hawks in Chicago, he’d be a serviceable-or-maybe-good forward for them now, and probably at least better than the likes of Tommy Wingels or Lance Bouma. Plus the Hawks also gave up a first round pick in the deal. From the moment it was completed, it was a trade that was going to need a Cup to justify it. But Ladd brought them basically nothing worth mentioning down the stretch of the season and the Hawks were bounced by St. Louis in the first round. Little did we know this might have been the first domino that started the downfall of the Hawks “dynasty.”

Then there was the Philip Danault trade, which basically made the eventual overpriced Marcus Kruger contract extension not just necessary, but really Stan’s only option if the team was gonna have any semblance of a checking line in 2016-17. Trading Danault – who was already a very promising defensive forward with the potential to be Kruger 2.0 but with a bit more offensive upside – and other assets for Tomas Fleischmann and Dale Weise proved to be another big mistake. Weise and “Flash” were supposed to provide enviable forward depth for the Hawks as they prepared to go on a run to repeat as Cup champs. Instead they, like Ladd, didn’t provide much worth mentioning and were gone in the summer. Danault has gone on to be good bottom six forward for the Habs, with 22 points in 42 games this year and a CF of 54.56%. Ho hum.

But the real killer came in the summer with the trade that might end up defining Stan Bowman’s time as Blackhawks GM even more than his rebuilding of the team for the two Cup wins, at least in the minds of most of the hooligans who write words on this website. We always knew trading Bryan Bickell was going to be hard, and definitely was going to require some sweetening. It shouldn’t have required sweetening in the form of Teuvo Teravainen. Teuvo isn’t exactly a generational talent, but he’s been very good for Carolina over the past year and a half. He posted an encouraging 42 points in 81 games last year, and has been on a tear this year with 33 points (11G, 22A) in 41 games. He’s also posted a 55.69 CF% this season. That kind of production and possession dominance would be huge for the Blackhawks this year, but instead we have to watch the NHL Twitter account continually tweet videos of the original Very Special Boy do good things for the fuckin Hurricanes. AND I JUST GOT A TEUVO JERSEY LIKE A 10 MONTHS BEFORE THAT. I will not forgive Stan for this.

Now, every GM is prone to bad moves, and probably even prone to a series of them from time to time. Peter Chiarelli has chased bona fide stars away from his teams more times than we can count, and Jim Benning has only made like one good deal so far during his tenure in Vancover. But what Stan Bowman did in 2016, in essentially two trades, was plant a fucking iceberg in the path of the Titanic ship he had built. Again, imagine what this team would look like with Teuvo and Danault in tow instead of Wingels and/or Bouma. That kind of legitimate forward depth would help make up for a lot of the shortcomings on the Hawks embattled blue line, and probably have them closer to being a contender than a last place team.

And look, I don’t mean to say that Stan is a bad GM in general, because he isn’t. He did manage to retool his 2010 Cup winner into a team that was basically the best in the NHL over a 3-year stretch from 2013-2015, so maybe he can still do that here. And at least some of his bad moves were only made necessary because the Loonie went to shit, and took the NHL’s salary cap with it. But there isn’t much exciting talent in the pipeline, and the best players on his NHL squad are declining much too quickly for anyone’s liking. And he put himself in this position.

So don’t go telling me that Stan Bowman is the best GM in Chicago over the last three years. He literally took a Stanley Cup Champion and stripped it down to what is currently barely better than a last place team, all while thinking, as far as we can tell, that he was making his team better. He just about slammed his team’s championship window shut while trying to keep it open. At least his last name still carries some weight in the NHL.

Don’t Worry About It. It Happens To All Guys 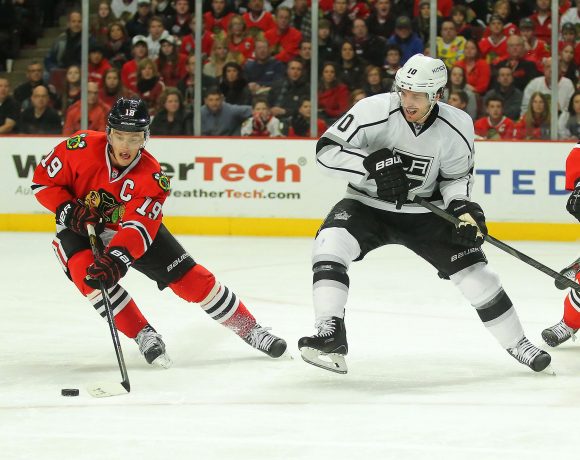 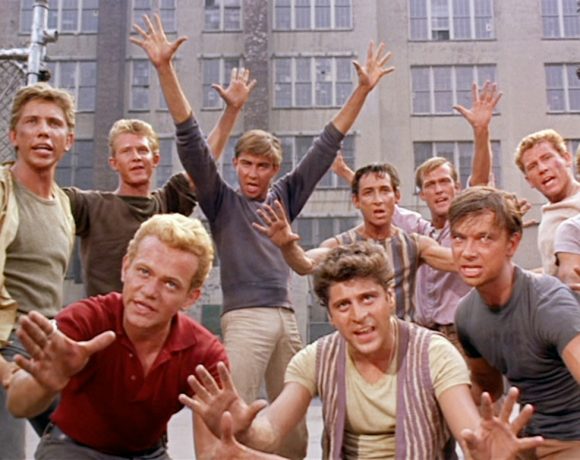