Atop the Sugar Pile – November 27

Since we last did this, the Blackhawks have taken 7 out of a possible 8 points, and done it against some good competition. They took the Bolts to overtime, though blew a 2-0 lead in the process, and also beat the Rangers, Penguins, and Panthers. Only the second of those three are really among the NHL’s elites, but the other two are fine teams, so we’ll take it. Things are sort of going up, so let’s look at what’s been going on.

Artem Anisimov: Wide Dick managed 4 goals and an assist in the past 4 games, only being held off the stat sheet in one of those four games. He’s showed a nice bounce back from a low and sometimes frustrating start to the season. He posted a hat trick against the Rags, which apparently was his first of his career, though that surprised me a bit. I don’t expect the torrid scoring to continue, but he’s looked a lot better recently so hopefully that continues, because the results will follow.

Patrick Kane: After being marked by Sam as a Terrifying Low last time we did this, Kane has upped his game. He’s had 5 points in the past 4 games as well, split as 3 goals and two assists, including a 2-goal effort against Tampa Bay in which he scored the Hawks only two goals. He’s officially at a point per game pace this year, and his shooting percentage is back to 12%, which is essentially his career norm. More of the same from the Hawks’ best players will certainly be welcome.

Brent Seabrook (still): Look, I know this is redundant and lazy, but I can’t ignore it, and there hasn’t been that much esle bad lately. Seabrook hasn’t found the score sheet in the past two weeks, and his CF is down to a miserable 48.11%. He really needs a benching and/or launching into the sun, but Quenneville apparently does not seem to agree with pretty much everybody else in the world on that. It’s getting frustrating to watch him continue to leave nacho cheese all over the ice with nothing positive to show from it. Pray for an awakening.

Richard Panik: Panik had 3 assists against the Rags, and while that was the only time he’s made the score sheet in the past two weeks, he’s managed a nice 61.06 CF% in the past four games as well. Panik is never gonna be a world beating scorer, and he won’t really be a top-line forward, but he’s effective in the role that Hawks need him to play, and that’s more than we can say about some of the clowns around this team.

View From The Island 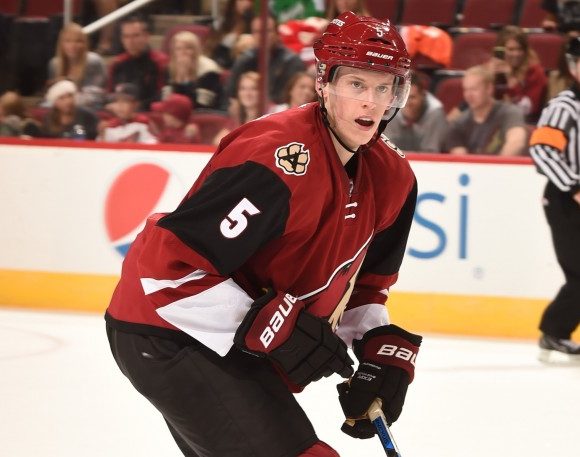