Well the world didn’t end. Not yet at least. And apparently there’s hockey to play down in West East St. Louis tonight.

While the results in the record haven’t been there just yet for the Blues, they still enter tonight with the second best possession rate as a team, at 54.17%, coming off a weekend pecker slapping of the still bad Avalanche at home. But it’s the same old same old for the Blues, who still lack any real creativity outside of Vlad Tarasenko and the seemingly perpetually hurt Jaden Schwartz. The two have been reunited with their familiar center Jori Lehtera, who is earning every bit of that $4.7 million over this year and another two with 1 goal and 1 assist so far. In fact, the only Blues forwards aside from Vlad with more than 5 points are Paul Stastny with 10, who seems to have awakened from his season-long coma last year, and the reliable Alex Steen. The three of them are spread across three different lines giving the Blues plenty of balance, but still not a lot of options.

The blue line is also a familiar story, with Kevin Shattenkirk potting 6 of his 10 points on the power play to this point. Pietrangelo and Jabe O’Meester still form the top pairing for the Blues and take the most difficult assignments, and the two have a 53.15 share together, which means they are doing a far better job of flipping the ice than they have in the past, where they barely held lines at bay. Colton Burpo is still pulling his Mecha Bieksa act from the third pairing and driving play, though for as huge as he is, mind how often he gets the puck knifed away from him in the corners from players far smaller than him.

With the net now fully his, Jay Gallon hasn’t done much with it, with a .903 save percentage, and only a .912 at evens, which is well below average. He’s also only got a .750 save percentage on the kill, but there will be no rocks thrown from this particular glass house.

As for the Men of Four Feathers, they bring a six game winning streak down I-55 with the opportunity to show just what progress has been made since a sloppy opening night game at home. Tyler Motte will miss some time, but that makes slotting Andrew Desjardins back in after returning from injury all the more simple. And with him back, it would not be shocking in a close game to see him with Kruger and Dr. Rasmussen to try to keep Tarasenko at bay, while spotting Schmaltz, Heart Man, and Jordin Tootoo with drastically sheltered zone starts.

This will also be a real test for Gustav Forsling, who is going to have the puck thrown into his corner and have runs taken at him all night long. For the most part he’s been slick enough to avoid them (except for the one that felled him against Calgary), and having Nik Hjalmarsson as a partner is about as good of a safety net as any light in the ass rookie could ask for. But the task is tall tonight. And tonight will also be an decent opportunity to see just what the long term feasibility is of the Keith-Campbell pairing; whether they will be inundated by the unwashed hordes upon them, or be able to use their legs and vision to be able to find space behind the forecheckers.

Corey Crawford gets another start tonight after a few days’ rest, and he’ll likely be called upon to stand tall early, because it’s a road game in St. Louis.

The names have changed plenty on both sides, but the template always stays the same for these games. Whether the early storm, win the special teams battle, and let the Blues run themselves out of the building. Oh, and stop that guy wearing 91, which seemed to prove kind of difficult last spring. Let’s go Hawks. 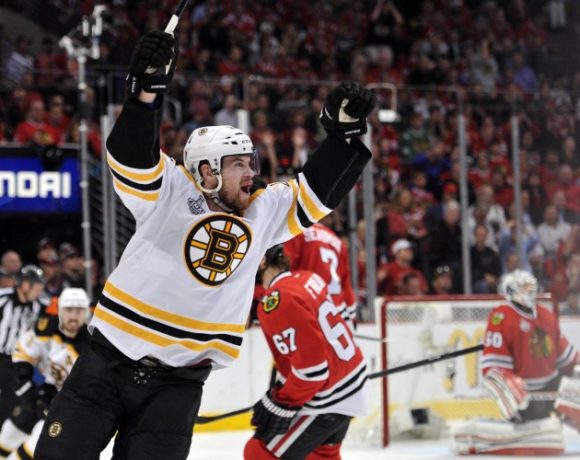 Game #41 – Hawks vs. Avalanche Preview/Dog Park Opening: We Can Have That Effect