Feeling good after last night? I’m guessing Slak might not be. Regardless, the series is now tied up at two and we’re headed back down 55 for a game on Friday night. In the meantime though, we’re probably all in need of a little bit of lighter humor since these games have been just as stressful as we expected. Why not focus on a bit from Jim Gaffigan (born in Elgin!).

Gaffigan has made an entire career out of making fun of his own laziness and American dietary habits. Gaffigan is so astute that he was even able to correctly predict the future of Dunkin Donuts foods. In addition to his great stand up, Gaffigan has been damn near omnipresent in some of the best pop culture has to offer, having roles in everything from The Daily Show, Flight of the Conchords, and Super Troopers. Not bad for a good rustbelt kind of beard.

My Kingdom For A Goal: Hawks at Kings Preview/Pregame Thread/Coffee House Open Mic 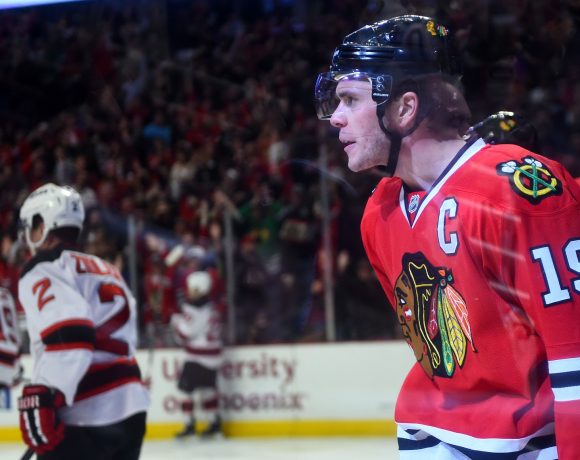