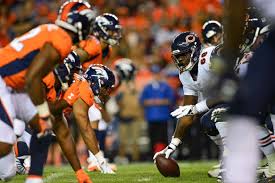 This week the major matchups seemed to be the same on each side, so Tony Martin and I split the work for your reading pleasure. He wanted to be called “DJ Yung Milwaukee”. Please, ask him about it.
Tony on the Broncos Defensive Front vs. Bears Offensive Line:
I’ll be spending this guest verse breaking down the Chicago offensive line and how they line up against the front 7 of Denver. I think most of us will have our eyes on this matchup but on the other side of the ball (no pressure, Wes), but honestly the Bears offensive line was a wet fart last Thursday night so there’s a real concern there for me.
Our boys came out and got blown up by Green Bay in week one. Lorin Cox @TheBearsWire has an outstanding All-22 breakdown, but the TLDR is that it’s fucking bad out there. Missed assignments, poor communication, and an overall inability to read the scheme that Green Bay was running plagued the offensive line all night. The Packers literally rushed three men and still got pressure because the Bears had no idea what they were looking at pre-snap.
Cody Whitehair looked lost when the Packers started running stunts, and James Daniels looked over-matched all night (see: that 3rd and 1 FB dive with Patterson). Pressure came from all sides of the pocket, and Mitch struggled to even set his feet or make his second read before the line was getting pushed back.
It’s not easy to think about these problems, especially paired with the fact that Vic Fangio knows this team already and has an idea of what sort of looks or schemes will work against the Bears’ offensive line. Derek Wolfe might have a huge game, but he has the potential to underwhelm if last week was any indication.
You don’t need me to tell you that Bradley Chubb and Von Miller are gonna wreck shit. Expect a lot of chips, extra blockers, and a reliance on whatever back they feel gives them the best pass protection on 3rd and long.
This one might get ugly, gang. The silver lining is that it’s still early and those tweaks can happen as the line gels, with 40% of them moving back to their “original positions”. I’m expecting this to be an area where Denver is stronger than the Bears, but I’m hoping the offense can still establish some consistency and give the skill position players opportunities to shine.
Wes on the Bears Defensive Front vs Broncos Offensive Line:
Thanks, DJ Yung Milwaukee. I feel zero pressure (as I’m hoping Mitch will as well on Sunday) since you actually asked to be called that. Anyway….
Denver Offensive Line coach Mike Munchak is likely as nervous as he’s ever been, given he’s got at least one, possibly two, starters on the shelf as he preps for Khalil Mack, Leonard Floyd, Akiem Hicks, Roy Robertson-Harris and the rest of the vaunted Chicago pass rush. No pressure, Mike.
The parts of the Denver OL that were able to stay healthy in Week 1 actually graded out really well (per PFF’s metrics), with steady LT Garett Bolles leading the unit to allowing only six QB pressures all night. Rookie LG Dalton Risner was actually graded the highest, likely getting a slight bump from playing between the veterans Bolles and C Connor McGovern. But you have to factor in that Oakland’s defensive front will never be mistaken for the Bears (unless it’s 2016-ish), so take those grades with a small pile of salt.
Now, those injuries. RT Ja’Wuan James is rated (and paid) as a top tackle in the league, so missing him will be a massive blow for this unit. Add in that starting RG Ronald Leary could also miss the game and Mack, Hicks, et al have to be fighting over who gets to line up over the right side all Afternoon.
Third year pro Elijah Wilkinson will take over for James, and while he filled in capably enough in a losing effort on Monday, facing the Bears is a whole other level of Hell he’s never seen. If Leary is even a partial participant we’ll see a steady dose of rookie Austin Schlottmann at Guard on the right side as well, meaning 2/5 of the line and 2/3 of the interior will be essentially starting their careers. The emergence of Roberson-Harris last week is not looking like it’ll slow down in Week 2.
The top unit was also stymied for the most part in being able to run block efficiently, helping the team to one rush of 26 yards but only producing 69 (nice) on over 20 other total carries. Chicago allowed only 47 yards to Green Bay on 22 carries of their own last week, so Denver could find the sledding quite difficult in Week 2.
Overall, this appears to a glaring mismatch, one that could potentially put the Bears over the edge so long as they can protect the football when they have it. Chicago’s edge and interior, not to mention the improving Roquan Smith and highly intelligent Danny Trevathan behind them, should have their way with the battered Denver OL all day.
I expect a lot of posing and maybe a spike or two if the Bear defense can get into the end zone on Sunday.
https://twitter.com/AdamHoge/status/1171856309454540807
Tags: Akiem Hicks Bradley Chubb Chicago Bears Cody Whitehair Denver Broncos EDGE Rush Ja'Wuan James Khalil Mack Kyle Long Leonard Floyd LT Mike Munchak offensive line Roy Robertson-Harris RT Von Miller 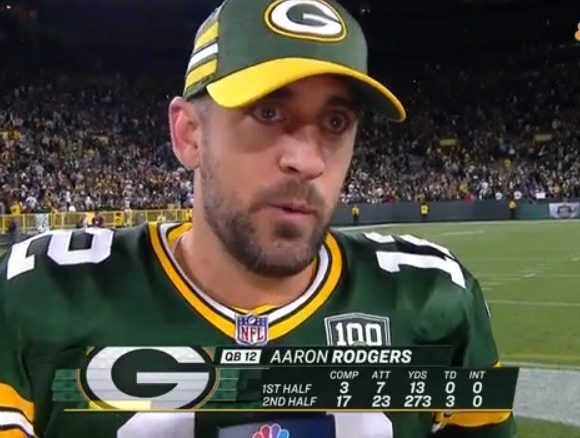 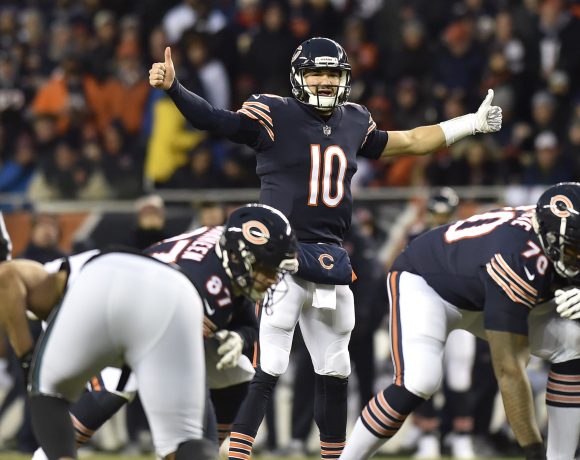 Week 3- Bears vs. Racial Slurs Preview: Let It Break Through 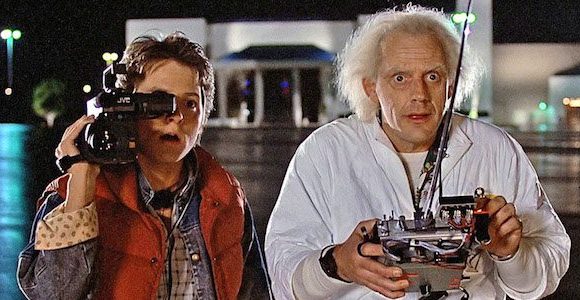