Coming into this one, you had a feeling it could get weird in some way. Not unlike heading into Exit on a weekend night. The Hawks had labeled the Yotes once at the UC, and then played out some absurdist shit out in the desert where the Hawks were clearly trying to get out with two points with the minimum amount of effort and let the Yotes back into it constantly. It’s a wonder Crawford doesn’t wield a butterfly knife at his defense on nights like this, because Darling never sees this kind of negligence.

And tonight fit the bill, as the Hawks pretty much scored at will but also couldn’t locate a fuck to give in their own zone if it had blinking lights and an airhorn on it for the first 20 minutes, if not 40. But against what is basically a hybrid NHL-AHL team, you can do that. Especially when Mike Smith is looking for the Phantom Tollbooth.

-We’ve spent a fair amount of time lamenting that the rest of the season doesn’t count for anything at all. Yeah, the Hawks pulled within three points of the Wild while they’re on their bye but they have two games in hand now and will have more. We know this gap is almost unclimbable.

So what’s left? Solidifying the lineup? To me, there’s a couple things. One is getting Crawford to his early season form, and the other more important one is Duncan Keith being Duncan Keith. They are connected. And Keith falling totally asleep for Ryan White’s goal in the 1st period isn’t encouraging.

While Toews is having a binge, and Kane is seeing a normalizing of his SH%, the biggest concern going forward is the Hawks’ defense. They are still not a good defensive team. When Keith is not turning things over consistently, the Hawks don’t have a pairing that can really get them up the ice consistently. Seabrook is doing what he can with Kempny, but you don’t wan to count on that. If the Hawks want to go where they want to go, Keith has to be something close to what we’re used to. A 42% CF% is not it.

-But man, it is fun to watch Toews and his line binge. When we saw Schmaltz in the preseason, we knew he had vision. Sometimes you it doesn’t immediately translate, but it is now. It’s rare that you can find players that the coach will allow to “try shit.” Schmaltz is getting there if he isn’t already. The Hawks might have four or five forwards they can allow to do that. How many teams can say that?

-Hopefully Hammer’s injury isn’t serious, because that would be a problem.

-My lord was Mike Smith awful. At least three of the Hawks goals, and probably more, were because he was simply doing some Cirque de Solei shit in net. Too deep in his crease, off his angle, whatever else you want to mention. Maybe he shouldn’t bitch about the concussion protocol when he looks so dizzy, hmmm?

-It seems to be a given that Dave Tippett is a good coach. We’ve heard it so long we just accept it. That’s based on three playoff appearances years ago and two series wins. Those seasons were based on Bryzgalov and Smith having great years. There’s nothing since. Sure, this roster is not equipped, but where is the development? Duclair is in the minors. Domi’s been hurt but do you see a step forward? OEL is taking a step backward.  The only player you notice is Rieder. Is this all there is? You wonder. 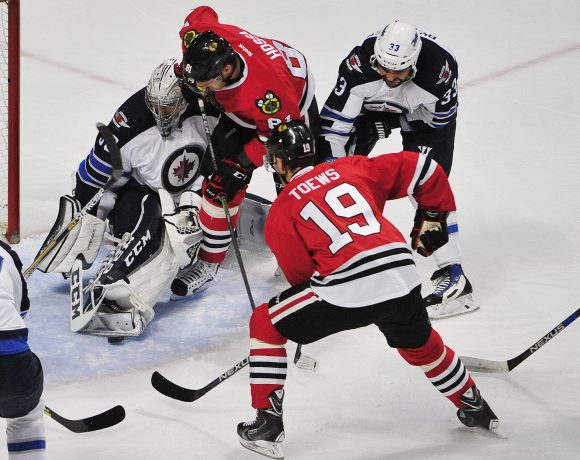