Looking at the Hawks system, they are short on centers. Big shock, I know. But once you get past Teuvo Teravainen, really the only center prospect is Phillip Danault (and who knows if he’s involved in any of these trades). Mark McNeill has been moved to wing, whichever Broadhurst it is that plays center doesn’t project to be an impact player, Tyler Motte is a couple years away, and so on.

They’re better stocked on the blue line. We know Stephen Johns will most likely make the Hawks next year, and behind him there’s Adam Clendening, Klas Dahlbeck, David Rundblad could all make appearances for the Hawks next year. They’re all ready for sure. There’s a couple in a wave behind that as well. But today we’ll focus on the d-men, and tomorrow will look at some forwards. Maybe. Depending on my sobriety level after the US match.

Note: I’m not going to list all the defensive prospects who will be taken on Friday night, because obviously most won’t be available to the Hawks at #27. So we’ll try and find five names or so who could be around when the Hawks pick.

(from Central Scouting’s Peter Sullivan on TheScore.ca) Let’s just say that when you go to a game and you see his name in the lineup, you’re excited to watch the game because he’s got about four or five different gears. You think he’s just skating normally and he puts it in another gear, then another gear. Excellent vision and on-ice awareness. He reads the play so well sometimes he’s two or three steps ahead of his own teammates.

Note: He would also allow us to make tons of “Honka Honka!” jokes, a la Richard Pryor. I’m all for him dropping to the Hawks, which he probably won’t.

( from Shawn Reznik on TheHockeyWriters.com)  Jack Glover showed his impressive skillset this season with the NTDP. He’s a tall, all-around defenseman that can move well. He has great edgework, lateral movement, and is a fluid skater. For his 6’3″ body, he’s still lacking some weight, but when he puts on more muscle he’ll be a force on the backend.

Glover is a smart player who knows when to jump in the rush or sit back and be in position to disrupt a play. He likes to use his body against the opposition to check along the boards and take the forwards out of the play. He moves the puck well in all three zones, which is why he produced well offensively this season with 28 points in 59 games. His reach is another key asset to his defensive game.

(from HockeysFuture.com) Sanheim has limited experience in WHL with only one season in the books. Puck-moving defenseman with very good vision. Progressed very quickly with increased ice time during second half of season. Tall frame with room to add weight.

(from David Gregory at Central Scouting on NHL.com) “I love this kid … he can play offensively and move the puck and has a bomb of a shot.  When defending you, he presents himself as a big, strong and mobile guy. He’ll push guys to the side; he’s a legitimate top prospect.”

(from NHL Central Scouting) “Dynamic skating and puck moving defenseman, plays with an offensive synergy – excellent quickness in transition game – initiates rushes and team offense – passes and shoots with authority – capable to change the complexion of a game – positive improvement to his game to manage risk-reward plays – plays a lot of minutes and in all situations.”

(from Eldon MacDonald at TheHockeyWriters.com) 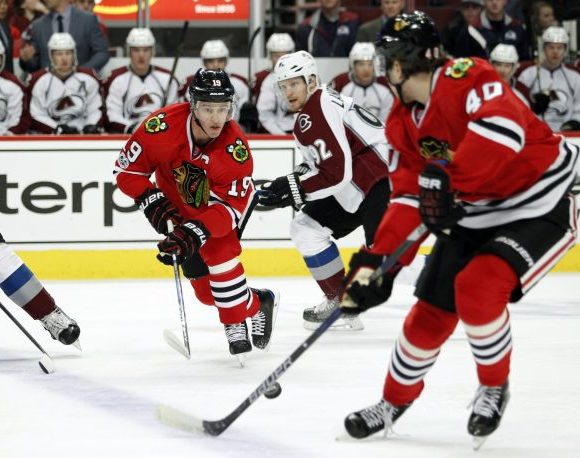