Much like Joel Quenneville’s theory regarding 5-on-3’s, there was a school of thought that this 8 game homestand would go a long way in determining how the Hawks’ regular season will end up. And also similar to  Quenneville’s 5-on-3 power play units, this stretch has been frustrating and bordering on motionless, going down to the wire to salvage something other than “unmitigated disaster” as a result. That opportunity presents itself tonight in the form of the Florida Panthers on the front end of a home-and-home, where the Hawks can barely squeak out 9 points of a potential 16 with a win tonight coming off of three straight losses.

Currently the Panthers sit on the outside of the Eastern Conference playoff picture thanks in no small part to the David Krejci-less Bruins coming into the UC on Sunday and dong-whipping a disorganized Hawks team. The Cats have mostly been doing things the right way under Uncle Dale’s fourth head coach in his tenure there, Gerard Gallant, who has them in the top half of the league in their share of shot attempts at 51.1%. He’s doing it with a promising young group of skaters and a shit load of overpriced veterans as Dale treats the Panthers as a bad asset clearning house and spends to keep up with the salary floor. While Jonathan Huberdeau, 2013’s Calder Trophy winner has yet to regain his form from two seasons ago, the truly terrifying centerpiece of the Cats young forward corps is Nick Bjugstad. Bjugstad is 6’6″, 210 lbs, and basically a holy terror below the hash marks and has plus speed for a big man in transition. Bjugstad leads the Panthers in goals and points with 21 and 36 respectively. He’s barely above water with a 50.8 share of attempts at evens, but considering that he’s still 22 and seeing far and away the toughest competition among Panther forwards now that Sean Bergenheim has asked out, that’s not to be sneezed at. Along with ambulatory mattress Jimmy Hayes and former #2 overall pick Aleksander Barkov, the Panthers have more than their fair share of size along the front lines. There are also building blocks to be found in shifty center Vincent Trochek and the erstwhile Brandon Pirri, who has platooned a bit at wing in Sunrise.

However the rest of the forward corps is a buffet of old, overpriced, and garbage, sometimes all three at once in the form of Shawn Thornton. Brad Boyes is the current holder of Scott Young’s long held belt of scoring goals by the bucketful that have never, ever mattered, Jussi Jokinen has fallen off the table from his possession driving days, and Dave Bolland cant stay healthy enough or pull himself away from rolled up bills long enough to be bothered with earning his $5 million cap hit by scoring or defending. Tomas Kopecky has had 7 points in 52 games so far and has occasionally found himself scratched as he will be tonight, which is just about as hilarious as his helmet falling off 8 times a game. Neither of them will play tonight, with Bolland predictably injured and Kopecky still bad.

On the blue line, Aaron Ekblad has shown worthy of his top overall pick status with already 32 points from the back end, although in heavily sheltered minutes with competition and zone starts. Having Brian Campbell (SKY POINT) as a primary partner certainly helps hide a multitude of sins as well, and both are at or above 53% in their possession share. The old, yappy, and ouchy Willie Mitchell takes the toughest assignments along the the fresh-off-suspension Dmitry Kulikov, and they actually break about even in those. Dale’s pet project in Erik Gudbrandson still hasn’t totally put it all together after the bypassing the 200 pro game threshold, but given that the Panthers aren’t contending for anything of import any time soon, they can afford to be patient with his combination of size, offensive upside, and red-assedness.

In net, Roberto Luongo has pulled off one of the most impressive PR turnarounds in any sport in the 24 hour media cycle era. From being a tortured face of a profoundly unlikable team and emblematic of its underachievement, Luongo emerged from the situation with more dignity than anyone else involved and has transformed himself into one of the NHL’s jesters and seems like a genuinely bright and decent guy. That, despite all of the playoff flameouts, he’s also maintained the most consistently excellent numbers of any of his contemporaries now well into his thirties speaks to just what a talent this guy is. And his .920 save percentage (.932 at evens) at nearly 36, on par with his career averages, shows that he’s as likely a hall of famer as is playing in the league today.

As for Our Men of Four Feathers, a season defining stretch begins tonight in part spurred on by the loss of Johnny Oduya after one shift on Sunday. Oduya is expected to be out two weeks, which given that a timeframe was actually speculated upon suggests it’s not a concussion. But the trade deadline comes in less than a week now, and the Hawks already needed another defenseman even before his injury. It seems that a lot of the season’s hopes are being pinned on Trevor Van Riemsdyk returning and stabilizing things, which for the millionth time, is an awful lot to put on a kid with less than 20 NHL games and two severe leg injuries in the last calendar year. In the meantime, everyone gets to enjoy the shart inducing third pairing of Michal Rozsival and Kyle Cumiskey.

Scott Darling, freshly recalled and signed to two years worth of new paper gets the start tonight. That start should not be read into any further than giving Crawford a rest as the season enters its final kick, but his inking portends to Antti Raanta’s exit, potentially in some manner of deal. Darling has been solid by backup standards, particularly at home, so it’s better he gets tonight’s start rather than during either half of the weekends Florida two-step.

Joakim Nordstrom was also recalled with Ryan Hartman sent back to Rock Vegas in what might ultimately be a lateral move player personnell wise, but along with Darling over Raanta gives the Hawks just a sliver more of cap room with the deadline looming. Stay tuned.

Tonight’s line at least actually make sense after Sunday’s clown show, going back to the more traditional configuration of 20-19-81, 10-91-88, 29-65-23, 28-16-42. At least Quenneville isn’t doubling down on terrible and Carcillo is out of the lineup after his embarrassing display against the Bruins.

While the Panthers struggle to score, they do play an uptempo game and are well coached, and have a solid goalie backstopping the proceedings. All things that are necessary for a team with a lot of young talent to develop. If the Hawks continue to sleepwalk through tonight this team will most certainly make them pay for it, and the homestand will be an unmitigated goat fuck. The lines tonight suggest that everyone’s finally taking everything seriously, but sweet fucking lord 32-26 is going to be an adventure. Duck and cover. Let’s go Hawks.

If you’re going to tonight’s game at the UC, be sure to pick up a copy of our gameday program. They’ll be sold tonight for whatever you want to pay. If you’re not going, you can get the PDF right here. 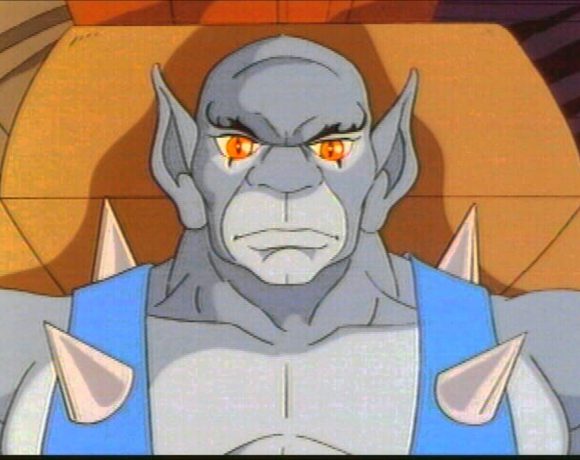 Watching The Party – FFUD’s 1st Round Previews: Flyers vs Penguins or Where The Hell Are Our Cheesesteaks?