The Hawks get an immediate chance to get the Listerine out to wash out the taste of yesterday’s loss. The Winnipeg Jets dance on in here, though if the Flyers speed was something of an issue, there’ll be no reprieve from the Jets. It’s been augmented by a return to health for Bryan Little and analytic darling Mathieu Perreault, which they didn’t have last time the Hawks saw this squad. And that one didn’t go all that well anyway.

For the Hawks, the news this morning was that Nick Schmaltz was sent to Rockford to make room for Lars Johannson to back up Scott Darling. This wasn’t much of a surprise. Schmaltz has failed to influence far too many games and has looked hesitant far too often. He needs to go to the AHL, where he’s never played, and really put his stamp on games. Whether he can do that in a heavy dump-and-chase league, we’ll just have to see. Anyway, that should see TOOTBLAN reenter the lineup to do whatever it is he does and not do whatever it is the Hawks think he does. Other than that, the lineup should look the same though punting TVR to the pressbox… on the moon, and bringing back Forsling would be greatly welcome. Q may be tentative to send Forsling out against the Frost Giant-like lineup of the Jets.

The Jets were reeling at the end of November, having lost all five games on a road trip after their win over the Hawks. Injuries were a part, the usual crap-ass Jets goaltending another as neither Michael “I’m not sleepin’ Hutchinson and Connor Hellebuyck haven’t grabbed the job with both hands yet. They’ve recovered a bit with better healthy, winning three of the last four including an OT win in West East St. Louis last night.

The Jets have been something of an issue for the Hawks for a few seasons now. Their great size advantage over the Hawks can’t be mitigated by a speed gap, because at least the top six for Winnipeg is also speedy (and using a greater amount of kids like Petan, Copp, and Dano on the bottom six gives them juice throughout). The defense still has its issues, as Byfuglien goes out walkin’ after midnight just about every shift and Josh Morrissey isn’t nearly experienced enough to play free safety behind that. Trouba and Enstrom are about as solid a pairing behind that as you can find, and they’ll take on the toughest assignments when given the chance.

The best way to get to the Jets is to expose their special teams, which have been terrible. Sadly, the Hawks power play has replaced the penalty kill as the helpless unit, with Kane looking for Panarin’s one-timer and then when that doesn’t work there’s no Plan B. Keith hasn’t been inserted into the rover role in a while, that might be worth a shot. The Jets PP doesn’t really have anyone to QB it even though Byfuglien would like to claim so. Having Little back surely will help with that. But these are the Jets, they’re still pretty dumb, so they will give you power plays.

The Hawks will have to tighten up defensively. While their possession numbers are ok, they give up far too many good chances out of the ones they do surrender and Darling just isn’t going to perform the same miracles as Crawford has all season. With Laine and Ehlers and Wheeler, there are too many weapons to think you’ll get away with being cheeky tonight. 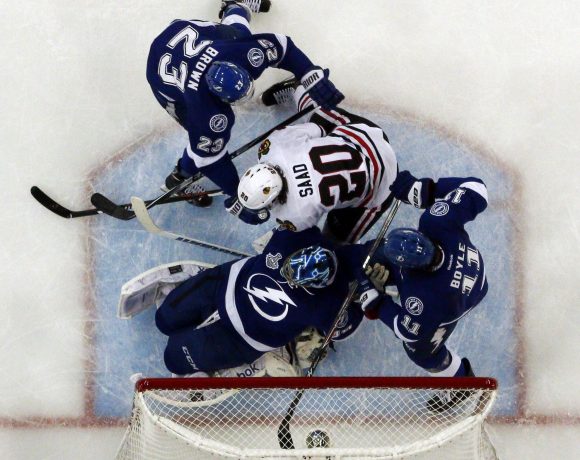