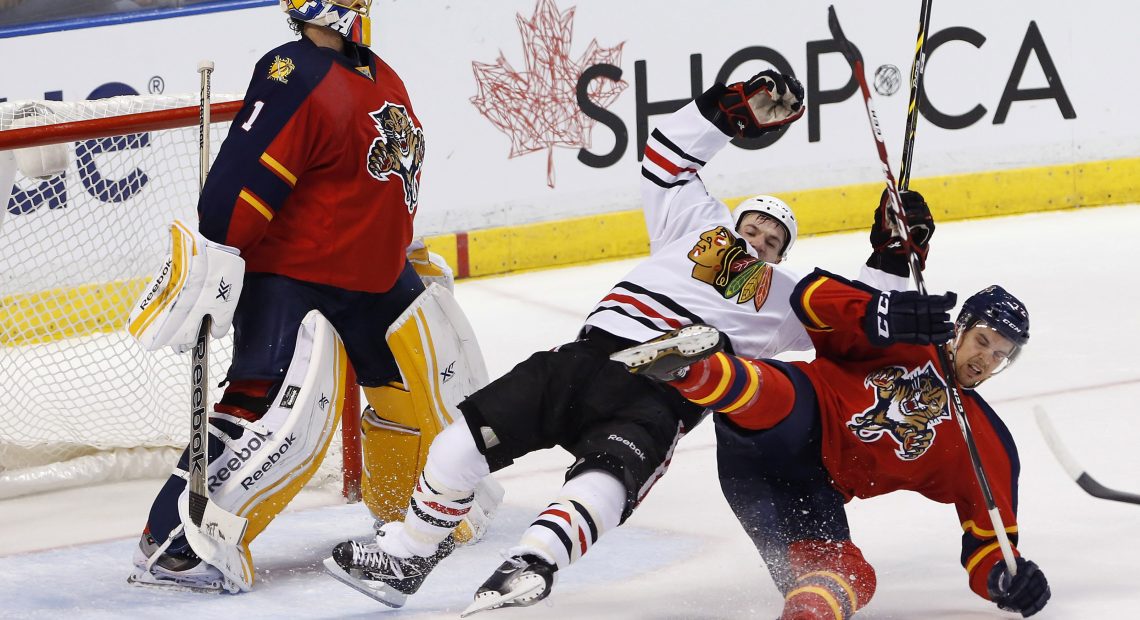 After needing a shootout to dispatch of the Panthers two nights ago, the Hawks didn’t let the Panthers back into this game. This time, a 2-0 third period lead turned into a 3-0 win. Not dressing Michal Rozsival was a part of it but not the whole thing. Let’s go.

–As I was saying, I generally despise when one person takes the blame for a group’s failure in sports. In any team effort, it is never one person’s fault for any problems that occur. There are too many moving parts for everything to land on one person’s shoulders.

Which brings us to Michal Rozsival. He hasn’t had the best year. In fact, he’s been downright awful for stretches. As Sam mentioned in Tuesday’s recap, both Florida goals could be directly attributed to something he did or didn’t do.

Tonight, Rozsival was scratched and the Panthers didn’t score. We all wish, of course, things were this simple and easy. Truth is, some of it comes down to luck and this year, Rozsival hasn’t had much of it. In years past, when he’s done something that caused a scoring opportunity for the opposition, he was either bailed out by his goalie, the opposition missing the net or something that didn’t result in a goal. So no one really remembers it.

But I promise you, if you go back and watch games from 2013 or last season, you will see Rozsival making the exact same mistakes or being unable to keep up with the play just as he is now.

This year? It seems like every one of his mistakes has ended up behind the Hawks goalies. No one playing in the NHL is that bad. Even you, Dorn.

–On the traditional stat line, David Rundblad is actually having a pretty nice season. He picked up his 10th assist, giving him 13 points in 39 games and is a plus 17 (No mention of that every game, eh Pat?).

The one thing that Rundblad doesn’t do as well as other defensemen that are in the Quenneville Circle of Trust is that he doesn’t make many sneaky subtle plays. If we’ve seen one thing that gets Quenneville to fall head over heels with his 3rd pairing defensemen, it’s that. The aforementioned Rozsival and Brent Sopel became demigods in Q’s eyes because of making those little plays that a casual fan may not notice.

Whether it’s having his stick in the right passing lane to negate an opponent’s rush or making a shoulder fake to open up a passing lane on a breakout, Rundblad doesn’t make those types of plays and I think it’s part of the reason why he’ll always struggle to get playing time in Chicago.

–Tonight was an interesting study on advanced stats vs. the eye test for Teuvo’s line. Their Corsi or SAT line was nothing to write home about. Between Shaw, Bickell and Teuvo, they were all well under water. They did score on their first shift and nearly scored again on their second.

After that, they didn’t do a whole lot at either end. Please correct me if I’m misremembering this but it didn’t seem like they were the line that was getting continuously pinned in by Florida, either (That distinction belonged to Richards’ line).

I thought they did a decent job of clearing the puck out of the defensive zone on their first try. They weren’t struggling to clear the zone or taking gratuitous icings. (Again, if I’m not recalling this correctly, feel free to call me an idiot.) They were chipping pucks behind the Panther defense instead of carrying the puck through the zone. It led to big hits by Shaw and Bickell. However, it didn’t turn into extended offensive zone time. Against a yippy defense, the results may be a little different.

Shaw looked like much more of a factor playing on the wing, not worrying about his neutral zone responsibilities as a center and instead just launching his body like a missile to any human within 15 feet of him.

What I’m trying to say is, they deserve a longer look. I don’t think they were the disaster their advanced numbers suggest.

Also, I think we all love the idea of Shaw on the wing. It’s where he belongs.

–Tim Erixon, 12 minutes. Who was drunk on the Hawks bench tonight?

–I don’t hate Kyle Cumiskey as a 6th defensemen. *ducks*

–This team may look a little different the next time they take the ice. Until we meet again. 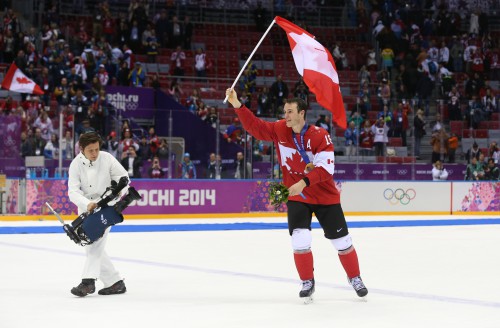