The dreaded Circus Trip now rounds the turn and begins what will be the final stretch of 7 games away from West Madison, now heading ironically southbound to Calgary. When these two teams last faced off, the Flames walked away from the United Center with their first win in 10 tries. But things have remained predictably bad for Alberta’s other basement dweller.

As a matter of fact, that win in Chicago actually propelled the Flames to six straight losses, taking only 1 point of a possible 12. Calgary’s last three games have all needed extra time, with two going to the skills competition where the Flames emerged victorious over the fearsome likes of the Jets and Panthers, with the Jackets taking the bonus point in the other tilt.

Not helping matters for the Flames is the absence of Curtis Glencross, who would be a nice piece on a team with any kind of scoring depth, but is counted on for top line production in Calgary. The team is getting some above average output from Jiri Hudler, but that’s likely a function of someone needing to score on a bad team, and Hudler has done just that with 21 points in 24 games. Rookie and Adam Devine lookalike Sean Monahan is faring reasonably well after being thrown into the deep end and is second on the team in scoring with 14 points. Perennial trade bait Mike Cammalleri leads the team with a modest 9 goals scored.

On defense, the Flames are still missing captain Mark Giordano, but got reinforcements in getting Ladislav Smid for basically nothing from the Oilers. Smid has always been mobile and nasty, but his offensive upside is limited. This is a unit that counts on meaningful minutes from Dennis Wideman, Kris Russel (who is a team best +2), and Shane O’Brien, and that really tells the whole sleazy story right there.

The real problems for Calgary remain in net, where none of their three goaltenders have a save percentage that even breaks 89 percent, and that’s even factoring in Reto Berra’s 42 save, 2 goals allowed debut back here at home. Couple that with giving up 29.8 shots a game, and the result is Russel and depth winger Lance Bouma being the only two regulars in the Calgary lineup with plus ratings. Furthermore, the Flames are third worst in the league at Corsi differential per 60, getting out-chanced on average of 8.6 shot attempts per game.  Berra will get the call again tonight in hopes of a repeat performance where the Hawks shot everything into the crest of his sweater.

As for our Men of Four Feathers, Marian Hossa has rejoined the team after his wife was hospitalized earlier in the week. His return meant that a) Jeremy Morin was once again sent back to Winnebago County, and b) that the lines would once again get jumbled. Naturally, Michal Handzus will reclaim his rightful spot as the second line center between Saad and Kane, because that line wasn’t mauling teams in possession with Brandon Pirri at all. This puts Pirri between Versteeg and Shaw with Bickell still out, which basically makes it a checking line with no size and an offensive oriented center who can’t win a draw. This is especially hilarious considering that Pirri has a considerably shorter leash for defensive gaffes while he learns. So either Quenneville now trusts Pirri defensively, which is what kept him off the second line when he came up, or he’s ultimately putting him in a position to fail. Or it could be he’s just throwing shit against a wall to see what sticks while he plays favorites with the decrepit Handzus, but he’d never do that because He’s Won Two Stanley Cups©. Whatever the case might be, it shouldn’t have to matter tonight against this Flames outfit.

On defense, Johnny Oduya will play tonight after getting yesterday off as a result of taking a shot in the rocks in Edmonton. There’s been no official word from the beats yet, so it’s probably safe to assume that Sheldon Brookbank will again be paired with Nick Leddy to give Rozsival a rest and/or continue to punish him for something he did during the Vancouver game.

However, the big story for the Hawks is that Antti Raanta will make his first start tonight, and even with avereage-to-above-average (.914, 2.83) numbers in Rockford so far this year, it’s viewed as long overdue if for no other reason than to give Corey Crawford a rest. Crawford has appeared in every game for the last month, most as a starter, but sometimes out of necessity with Nikolai Khabibulin’s indisputably shitty play. Raanta looked fine in relief in Colorado for the most part, and this team certainly won’t get up and down the ice like that one does even without Matt Duchene.

While this Flames team has had similarly terrible goaltending, it doesn’t have the talent or the pedigree of their neighbors to the north, yet they remain if only marginally ahead of them in the standings because coach Bob Hartley hasn’t let them quit just yet. Time will tell if he’s able to keep them competitive on a game to game basis as the deadline nears, but either way he’s also Won A Stanley Cup©, so his methods shouldn’t be questioned. The Hawks will have to fight through plenty of neutral ice slow down tactics with the Flames hoping to keep it close, but there is literally zero reason that tonight shouldn’t result in a nice two point appetizer to tomorrow’s Thanksgiving dinner. Let’s go Hawks. 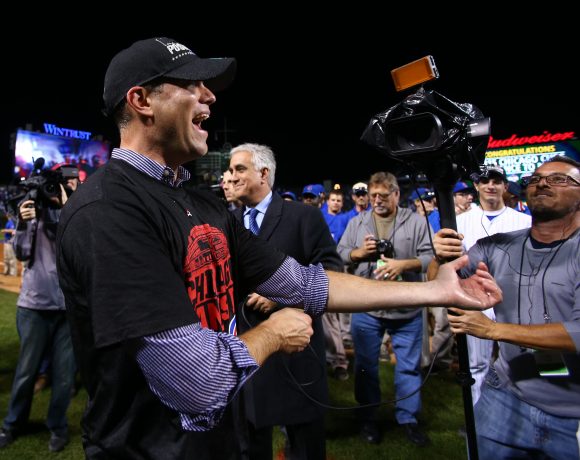 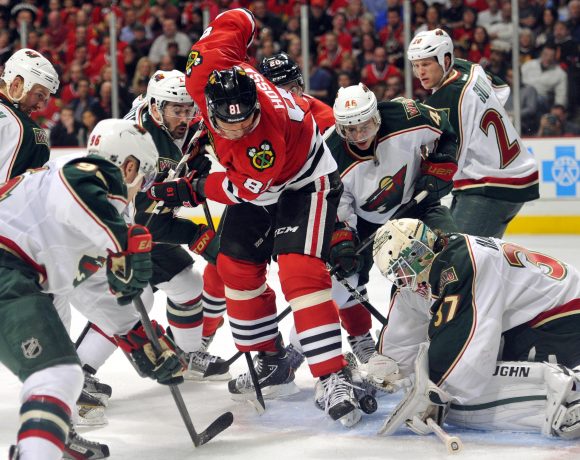