And sometimes the bear… well, he eats you.

Overall, the Caps are probably a better team than the Hawks. They’re deeper at both forward and defense, and it’s one of the few teams the Hawks have no advantage in goal against. Right now is most certainly not the time to be playing the Caps, who are now winners of eight in a row. Add to that they’re probably feeling their oats even more after skulling the Penguins at home on Wednesday night. So this is the Caps at the height of their powers.

Whether you think the Hawks are short in places, or don’t really care in the middle of January, or some combo thereof, the results tonight were especially ugly.

For once, Eddie O actually lost his catchphrase book and did some analyzing, and noticed that in the first 20 minutes the neutral zone was a freeway at 3am for the Capitals. There’s pretty good reason for this. The Caps have at least four, and really five d-men who can move the puck quickly and accurately to bypass any forecheck. There’s one on the ice at all times. Secondly, with Keith having a season-long head cold or whatever’s bothering him, there isn’t really a Hawk d-man right now who can step up past his blue line to try and cut things off before they get in the zone, which is a staple of the Hawks’ game. Campbell has been wonky all year, Seabrook is too slow–which didn’t stop him from trying tonight and he got scorched in the first period two or three times–it’s not Hammer’s forte, and don’t even get me started on TVR or Rozie.

Really, this has been a problem all season, but you don’t tend to notice when Crawford is stopping every chance. Well, he let a soft one in from Beagle but when Backstrom and Connolly, who is talented, are getting those chances that Crow has stopped all season you have serious problems. By then the game was over, because you’re not getting three back on Holtby and the Caps right now, not by a long shot.

And again, depth was an issue. The Kero line has possession numbers in the 20s. The Desjardins one has ’em in the 30s. When facing a bottom six in red that has Winnik, Beagle, Eller, Wilson (who’s a raging toad scrotum but a genuine NHL-er), Johansson, this is going to be a problem. This is why you’re hearing the rumors now of the Hawks looking for top six help, because that gets Hartman and Hinostroza in the bottom six where they almost certainly belong. With the return of Kruger, that might be enough up front.

But it’s only a game in January, and the Hawks won’t make too much of it, so neither should we.

-Before we get any more critical, let’s take time to appreciate Niklas Hjalmarsson. He simply had Ovie in his pocket most of the night, signaled by Ovechkin only having two shots all night. Whenever #8 had the puck Hammer was all up in him, giving him no time and space. Hammer doesn’t have the speed that Ovechkin does, but his anticipation on when he’d get the puck and then his brain to take the right angle and be right there gave Ovie no options. It was a joy to watch, even if most of it took place after the game was gone.

-You’ll notice that Ovie squaring up to TVR worked out much differently. Other than that, the next time TVR gets a gap right will be the first.

-The Hawks did show some spark to open the 2nd, and could have had a goal. Maybe should have, because wasn’t that Orpik’s stick that was jabbing Holtby? It wasn’t the worst reversal of a goal I’ve ever seen, but I thought it was pretty questionable. Even if the Hawks got it, it was hard to see where they were going to get back into it anyway.

-Kuznetsov didn’t get a point, but he was simply dribbling the Hawks’ head like a basketball all night.

-Beagle had eight shots. How does that happen?

If anything, this probably assures the Hawks will take Sunday’s game more seriously than they might have normally. If only because they won’t want to back this dreck up with another loss, less to do with the opponent. But I still wouldn’t be shocked to see Q start Darling to kind of stick to the Wild and Boudreau. 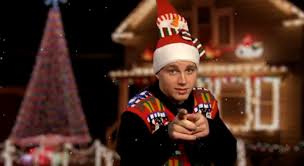