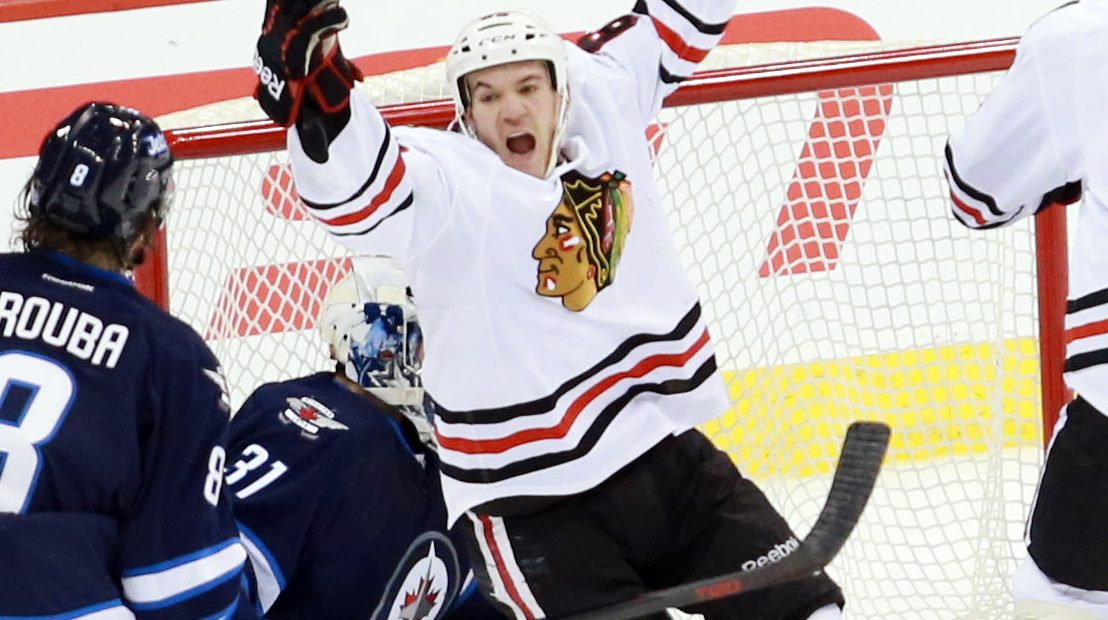 I’m almost positive I’ve used this title before. If not, then there’s no lack of opportunity that we could have over the past 7 or 8 years. Just when things look as bleak as possible, the Hawks somehow find a way to get the job done. If we’ve learned anything from this Hawks’ core, it’s going to take a very special effort to drive the nail through their coffin.

Tonight, the Jets were not nearly good enough to do it even as the Hawks didn’t get one bounce through the first 30 minutes.

–In Friday night’s first period, the Blue Jackets scored 4 goals after the Hawks were way too weak in their defensive coverage. They gave up three breakaways, endless odd man rushes and the puck was in their net 4 times. The rest of the game, they were buttoned up and Columbus didn’t score again until the game was out of reach. By then, the damage was already done.

Tonight, the Jets allowed the Hawks endless odd man rushes, breakaways and the very rare at the NHL level, 2 on 0. The Hawks couldn’t capitalize on any of them until Patrick Sharp, of all people, finally broke through on a breakaway after Tobias Enstrom was doing whatever.

I guess you can say “puck don’t lie” but I doubt anyone wanted to hear that going into the third period.

–Heading into the third, if this was a team that wanted to lay down and die, it was the perfect time to do it. The Hawks couldn’t catch a break on any of the odd man rushes. They were victimized on a couple bad penalties that ended up in the back of their net and they were in hostile territory with a fanbase sniffing their first playoff series since Teemu had acne.

I didn’t disagree with anything Sam wrote on Friday and the Hawks haven’t really shown recently any kind of resilience this year to suddenly expect anything different.

Going down a goal in the first or second has been met with a half-shrug and whatever most nights. So expecting the Hawks to put together the gutsy effort it was going to take to pull out one point, let alone two, seemed equivalent to driving your car off a Chicago side street after a snow storm.

And then, it all kind of happened. Sharp scores on his 3,245th breakaway of the the season. Toews redirects a puck in the final minute that saw its way past Ondrej Pavelec.

Say whatever you want, it took some massive stones for the Hawks to squeeze 2 points in regulation out of this one.

–It took ten minutes into the first for the Hawks to realize that reversing the breakout in the defensive zone is a horrible idea against the Jets. The second a winger sends the puck back to a defenseman, there are two drooling Winnipeg forecheckers all over the Hawks. It led to a lot of helter skelter chances that Corey Crawford was able to turn away.

Then the Hawks started pushing the puck straight ahead and clearing the zone at all costs.

THEN a few minutes later, they remembered the great forecheck buzzkill that they seemed to patent during the ’09-10 Cup run. A safe little zone flip by the defenseman over the head of everyone that clears the puck and relieves pressure.

Sure, it’s sort of like a punt in that they’re giving possession right back, but what it does is it keeps the opposition defensemen honest. They don’t want to get beat with an alley-oop. So instead of standing their ground at the blue line on a forecheck, they start back-pedaling.

That leads to other opportunities where the Hawks can then later skate the puck out of their zone with a head of steam. One thing feeds the other.

That’s pretty much when the game tilted in the Hawks’ favor even if they weren’t capitalizing. The only thing that was going to prevent them from gaining at least 1 point was some kind of unlucky bounce or insane blunder.

–The Hawks penalty kill system is pretty unique so I get that they’re a little apprehensive about who gets to kill when. That being said, Antoine Vermette has been in the league long enough and long enough with the Hawks that he won’t be getting in someone’s way out there.

He’s killed penalties his whole career. He should be given the nod in front of Kris Versteeg on a penalty kill from now until eternity. It shouldn’t have to take Versteeg coughing up possession on an easy clear that led to an eventual soul-crushing goal to learn this.

–This is the Oduya we know and love. Having the time off due to injury was probably just as important to clear his head. More, please.

Maybe next time, Blake Wheeler will keep his mouth shut after his team takes the lead with more than 25 minutes left in regulation.

–Michal Rozsival, less please. But it’s pretty much a cliche at this point.

–Another one tomorrow night and it won’t be much easier. Coughing up a hair ball and all this goodwill established tonight goes right out of the window. 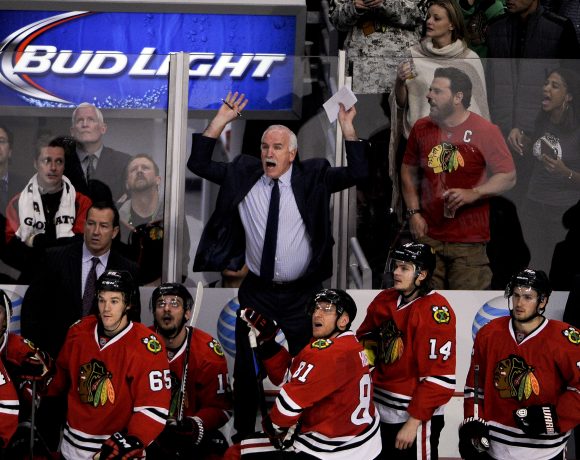