Yes, I’m well aware these aren’t the same movies, but just allow it, all right?

Once again, the Hawks had an ugly period (no, don’t make your menstruation joke here, because as Ash vs. Evil Dead taught us vaginas are powerful and life-affirming and should never be mocked). That one segment kind of colors everything else about the game, perhaps unfairly. The penalty kill remains a tire fire inside of a dumpster fire contained in a landfill fire. But as always, there are things to be learned. Oh, and some bad luck didn’t help the cause. Let’s get to it, shall we? We all have drinking to do.

-So there’s really no point in starting anywhere else than the kill. It gave up two more goals tonight, and actually the even strength goal the Hawks gave up was in similar fashion. Misfortune has to be a part of this. No matter what the structural problem is, goals simply don’t go in at this rate without rolling snake-eyes a bunch of times. Secondly, the Hawks have faced hot power plays all season. The Preds went 3-for-4 tonight. The Jackets came in to this one clicking at 40% through admittedly two games. So that doesn’t help. But clearly there are problems.

On the first, Motte didn’t have Werenski totally fronted, but enough, But Kruger didn’t have his shoulder when he got to the middle, and there was a lane. And you can’t give the guys the Hawks have seen a lane. Werenski is clearly gifted offensively. Subban and Jose we know are. So is Ghost Bear.

On the second, the Hawks didn’t collect a rebound, the puck cycled back again and Kruger and Anisimov (who’s looking pretty leaden-footed so far this season) gave a lane again. This time, the other problem arose when Kempny didn’t clear the rebound nor tie up Foligno’s stick (who I clearly motherfucked into a goal tonight after today’s spotlight).

This has been the issue. Everyone’s gnashing teeth about the screens in front but the Hawks have never cleared that out. One, you can no longer hatchet guys down in front of the net without a conscience. So you end up wrestling with them, and just doubling the screen. The Hawks haven’t tied up sticks when that shots gets through well enough, after their forwards aren’t closing off the lane from the middle. The Hawks, and all PKs, want shots coming from the boards and circles where the angle is much tougher and the screener has to hustle over to cause one. But if there’s a lane in the middle, every power play is going to take it.

The inexperience is a part of this. Bad luck is another. Crow not playing up to his level is another. Fairly sure it’ll get fixed. If it doesn’t, we can dock this showboat.

-Another thing the Hawks aren’t getting that we’re accustomed to is backpressure through the neutral zone. It used to be that the forwards would come back hard, squeezing the other team into their defense which was holding high at their own line. The d-are still doing that but without the pressure from behind (are we still doing phrasing?) teams can skate or pass their way around the d-men, hit the zone with possession, and then cause trouble. This will get fixed once the kids figure out where they’re supposed to be in the offensive zone to provide that. At least I’m fairly sure.

-McClure pointed out tonight that what the Hawks do get are five or six d-men who are all plus at keeping the puck in the zone on attempted clears. They all have good hands and sense. This will become very important.

-Kane played nearly 29 minutes tonight. That really shouldn’t become a pattern. When he played with Toews he had a 70 CF% share. With Anisimov it was 42%. This is probably something that should be looked at harder.

-I’m gonna play a game. Whenever Jordin Tootoo completes a pass, I’ll take a drink. This way I can finally dry out like I should have sometime in the past five years.

-Once the Hawks get used to each other, they’ll be able to play at a really high pace. Right now it’s hard for them because pretty much every line doesn’t know where each other is going to be, and Forsling and Kempny are still putting things together. Everything is happening just a half second too fast for Kempny right now. I think he’ll come to grips. 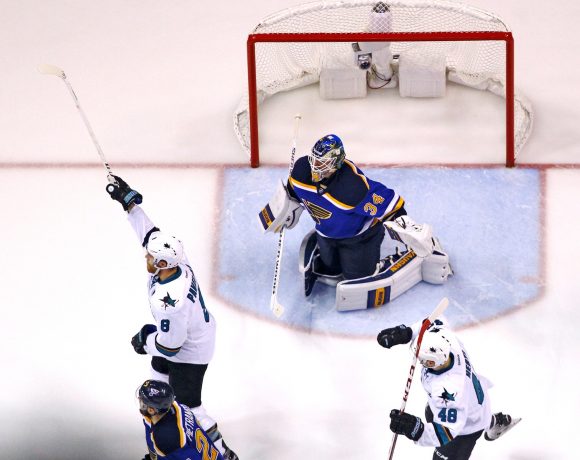 We Like To Watch – May 24th – The Sound of Inevitability 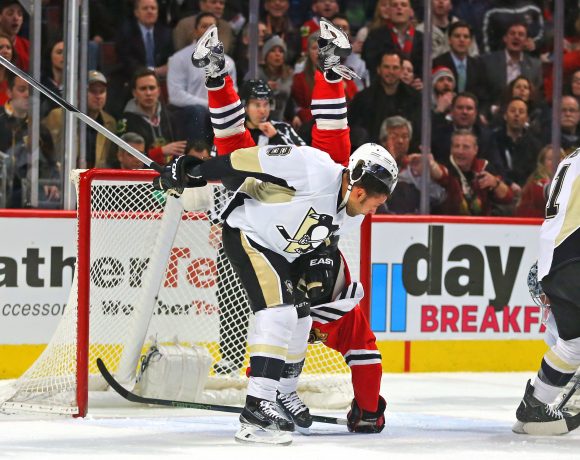 And My Youth I Pray To Keep: Blackhawks 3, Penguins 1