Hello again, my dear friends. I’m sure we’re all glad we don’t have to analyze any more games with the Coyotes this year. So I’m going to take a bit of a step back and gloss over a few big picture items that I’ve been thinking about.

Buckle up, could get bumpy.

–We’re all aboard the Teuvo Express and I certainly understand the Joel Quenneville scar tissue certain portions of the fan base and media may have to prevent themselves from getting overly excited. One thing I’ve seen bandied about is the concern that the Hawks will try to convert Teuvo to the wing.

I think an important lesson here is to study the past and one guy whose path through the Hawks system was similar. Marcus Kruger played a year professionally in Europe; spent a bit of time in Rockford and then was up with the Hawks as they began their title defense against the Vancouver Canucks. Kruger was someone who was drafted as a center, played center professionally and then was put on the wing when he got to the Hawks.

And he stayed there for quite some time. Sure, there were days and games where he was moonlighting at center but there was a reason why stop-gaps like Brendan Morrison, Ryan Johnson and whatever other turd came floating back up were acquired. The Hawks gave him plenty of time to adjust to the North American game at the NHL level. They also wanted him to apprentice with Dave Bolland.

I don’t think the Hawks will wait as long to make Teuvo a permanent fixture at the pivot as they did with Kruger. However, it is important to remember they will very likely shield him early in his career and they will do so by putting him on the wing. It’s not something worth freaking about or getting overly concerned with.

As for any other worries that may exist, I think it’s pretty evident he’s already got one foot in the Quenneville Circle of Trust. That’s something worth celebrating.

–Keeping on the Teuvo theme – I can’t be the only one that would be intrigued to see him on the top line with Toews and Hossa. Maybe this is a line that Quenneville is keeping in his back pocket for the playoffs. Or maybe he’s waiting for Kane to return to unveil a top 9 that features Hossa-Toews-Teuvo, Kane-Vermette-Saad and Sharp-Richards-Versteeg.

That would be rather unholy. Assuming Sharp and Richards are saving a binge or two (Sharp, more so than Richards) for the playoffs, I really don’t see how anyone in the first two rounds can match up against that.

What’s that you say, person who broke their collarbone once? It took you 4 months to recover? You also didn’t have Terminator surgery that fused bones together and didn’t have a professional training staff of 5-10 people strategically planning your recovery and rehab. So yes, I’m in the camp that Kane will be back in action earlier than the 12 weeks the team officially announced.

–I highly recommend this piece I read the other day. And not just because it’s the same format as my old blog. I have no idea on the validity of whether Ray Ferraro actually said these things but for anyone in or around youth sports, it’s a must read. It definitely speaks to sports beyond hockey as well and is poignant with all the Jackie Robinson West hoopla over the past couple months (though that is a completely different beast where the coach is as much to blame as any nightmare parent).

As someone who has coached youth hockey at a fairly high level on and off for 10 years, allow me to say that whatever horror stories you’ve heard, no matter how ridiculous they may sound, are likely true. I don’t want to run too far off the rails here as I’ve debated whether to post my trials and tribulations as a sort of compilation blog but the bell curve of my desire to coach always looks the same:

November – “Hey, I wonder what life would be like if I wasn’t at a hockey rink 4 nights a week.”

December – “Ok, I can make it to the end of the season but I’m done after this.”

–If you’ve made it this far, allow me to go slightly off topic and allow me to also warn you I will be discussing The Walking Dead, Breaking Bad and Better Call Saul. So don’t read further if you don’t want.

As readers of my old blog may recall, I was on the initial Walking Dead bandwagon. For the most part, I’m still there though I’m getting very close to launching myself off at the next stop. There haven’t been many shows in the history of television where the audience is actively hoping bad things happen to the main characters but unless there’s a change, that’s where we’re headed.

I want Carol to be eaten. I want Sasha to be left in a well to rot. The Walking Dead has essentially become the Toronto Maple Leafs. Blow it all up and give us new people to root for. For some reason, this probably wasn’t the intention of Scott Gimple and his team when they charted out this season.

–As for Breaking Bad, I hate myself for waiting so long to watch it. It’s just an incredible achievement of serial television shows. It’s been more than a week since I finished watching it and I still catch myself thinking about various episodes.

Badfinger’s “Baby Blue” has to be the most perfect song ever used in a series finale of any television show. Ever.

–Bob Odenkirk should teach a phonetics class on how to speak with an accurate Chicago accent in movies. The accent he used in the third episode of Better Call Saul while in a Cook County prison was perfect. Yes, he’s a CHICAGO GUY but that hasn’t stopped a lot of other actors that originate from here to sound like uneducated boobs. It wasn’t offensive; it wasn’t a Super fans or Dennis Farina imitation. In fact, it was so subtle that 95% of people watching probably didn’t detect it but it was there.

The most amazing thing, that accent is gone in his New Mexico scenes. 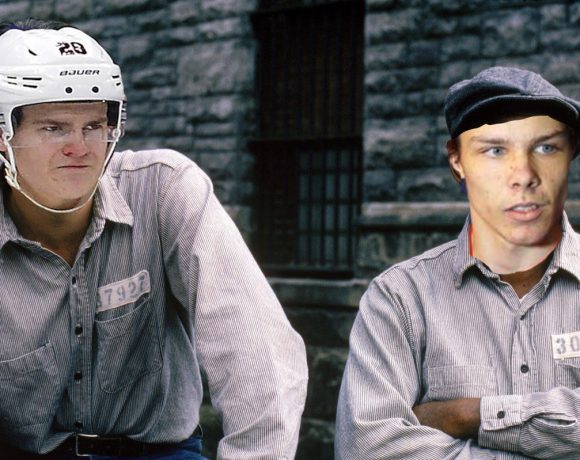