Feather is on a tropical vacation this week… or he’s hiding until the heat dies down, though I suppose it could be both, so I’ll take this little rant for the day. I’m sure he won’t mind, and if he does I’ll just drop dime on him and I won’t have that problem ever again!

-When we’re supposed to be doing the stuff we’re supposed to be doing but not, McClure and I basically talk about other teams in the NHL. And everyone loves to say every team has this crippling flaw or that one, and it’s been hard to pinpoint a team where you go, “That’s the team coming out of the East/West.” And of course, doing so in the first week of December is always folly, because there are injuries, trades, dips in form (especially goalies) and vice versa coming.

But man, it’s getting really hard to look past the Washington Capitals.

Though they didn’t have to face Carey Price, the Caps walked into Centre de Molson last night and beat the Habs. The win moved them into a tie for first in the Metrosexual division, but unlike the Rangers their results aren’t simply based on incredible goalie performance and slices of luck. Not that Braden Holtby is a bum, because he has a GAA under 2.00 and a .927 SV%. The Caps are 7th overall and 3rd in the East in possession (behind the Canes if you can believe it). They’re also third in the East in scoring chance share. They boast three pretty solid lines, and one outstanding d-pair in Alzner and Carlson. I can’t fully buy into a team that still skates Brook Orpik in its top four, but Matty Niskanen seems to be enough to even that out for now.

And yet there’s something I still find distasteful about them.

Maybe it’s just that they continue to skate Tom Wilson not just in the lineup but high up in it, even though he’s nothing more than some rock head that they put skates and a helmet on to make sure he didn’t end up in jail. Or maybe it’s just the presence of Timothy Leif. Or maybe I still remember how annoying those Barry Trotz Predator teams were. Or maybe it’s their Winter Classic Champion banner.

But I think what it really is is quite frankly I’m still pissed about all the boring-ass Caps-Rangers series we’ve had to sit through over the years. Their last three appearances in the playoffs have been ended by Game 7 losses to the Rangers, after leading the series. And all of them have about 10 combined goals. Everyone hates them, but you keep getting them promoted like they’re armageddon because it’s the East Coast and everyone loves the East Coast, right? The NHL Playoffs are a great party, but Caps-Rangers is the part where you get cornered in the kitchen by the dude who shits on everything and loves to tell you how depressed he is. And it looks like we’re headed there again, unless the Islanders can save us.

This is one of the problems of this becocked playoff system. The NHL thought that repeated matchups would create these great rivalries. All it creates is boredom and staleness. Seriously, would anyone not roll their eyes if the Hawks and Wild ended up matched again? Caps-Rangers? Senators-Habs? People want to see the Kings and Hawks again I’m sure, but that has to do with the quality of the teams more than the repetitive nature of it.

I never thought I’d long for conference playoffs again, but here we are.

-Speaking of quarter season champs, I know among the writers here the Dallas Stars generate a lot of debate. The other three don’t buy them for a second, and I wouldn’t be anything more than on the fence about them, though I am wholly entertained by them. And any team that wins 20 of 26 has to at least be a good team. Their possession numbers suggest this isn’t really a fluke, and that’s with basically mediocre goaltending. At evens they have the fourth-worst goaltending in the league.

That can go one of two ways. It’ll eventually be their undoing when space tightens up in the season’s second half. Or it’ll even out a bit, though only Niemi is playing under his career marks and he might be on an otherwise uninterrupted downward trajectory (beautifully fucking illustrated).

I would trust either in a series, with Lehtonen never having won one and Niemi simply awful in his last one and looking like he’s heading the wrong way. But everything else seems to be there. While lots of Hawks fans want to point out Stephen Johns couldn’t crack this blue line so how would he have cracked the Hawks, the Stars blue line is deeper than the Hawks, quite simply. John Klingberg would have to be the Norris leader right now if anyone on the East Coast bothered to notice. Oduya and Demers is a solid enough second pairing. The elder Benn brother sucks, I’ll give you that, but between Nemeth, Oleksiak, and perhaps the most fun name to say in hockey JYRKI JOKIPAKKA!! they might be able to counter that.

Sure, there’s an early 2000’s Sacramento Kings or Steve Nash Era Phoenix Suns feel about them where a team this much fun can’t possibly succeed in the playoffs when the more “responsible” teams have their way. But they’re just about the only team in the West that I wouldn’t be upset if if they came out of the conference other than the Hawks (if the Hawks are even on that list). And hey, the Warriors were this much fun last year too…

-This is usually where Feather talks about zombies, so a brief bit about Scott Weiland wouldn’t be too far removed. I don’t have much to say. It’s sad, and he leaves two children behind which is sadder. I only got to see him once, on the Tiny Music tour in Rosemont (it was still the Horizon then, meaning I’m old) in ’96. It remains one of the best shows I’ve ever seen, and he was a large part of it.

We don’t have a lot of true frontmen anymore, and he was certainly it. Someone you can’t take your eyes off when they’re on stage and basically whip the crowd into a frenzy. It’s still probably the loudest crowd of any arena show I’ve been a part of, which helped make it one of the best shows I’ve seen. Sure, STP’s first two albums aren’t much more than Zeppelin/Sabbath tribute albums, and Tiny Music is just a Cheap Trick one. But rock doesn’t always have to be complicated, and damn it if they weren’t all albums you play very loudly while driving very fast. Sometimes that’s all you need. You still can’t find much better opening riffs than Sex Type Thing, Crackerman, Meatplow, or Pop Suicide.

I also find it interesting that Weiland for just being a front man, much like Layne Staley, was all that kept those bands being really good. Jerry Cantrell’s solo albums weren’t much, AIC with a new lead singer weren’t either, even though Cantrell wrote all the songs. The DeLeo brothers’ stuff without Weiland was basically nothing short of awful, though Velvet Revolver wasn’t much better.

Anyway, I’m sad he’s gone, and that there aren’t going to be too many more like him. 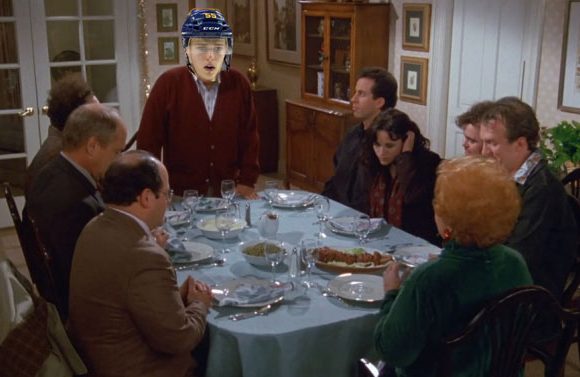 The NHL Is Out To Lunch, And So Is YCP 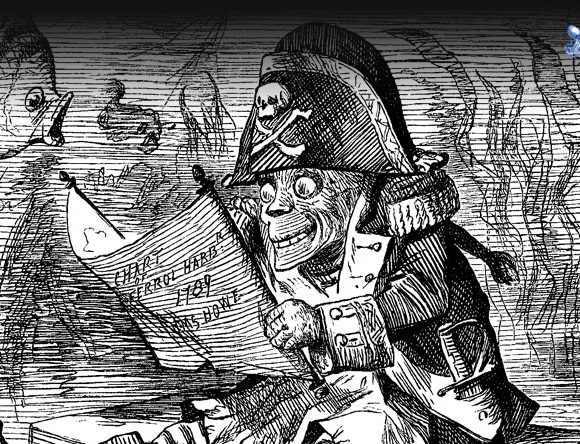