Fireside Chat: Stanley Cup Final Edition; We Like to Watch

Finally, we’ve made it to the final round of the Stanley Cup Playoffs. Whether your favorite team is still in it or not, the playoffs always seem to last eons. Part of it is because you’re literally taking years off your life if you’re emotionally invested and part of it is because three months is a long time.

It already seems like three seasons ago that the Blackhawks were eliminated by St. Louis. The good news is that both teams are now a footnote in the story of the 2016 postseason. The Sharks did what everyone sort of expected and that was dominate the puck, score bundles of power play goals and make relatively easy work of the St. Louis Blues.

That didn’t happen and the Blues couldn’t find nearly enough scoring. Wow. Who would’ve guessed that.

In the East, the Lightning saw their window creep slightly more closed and is on the verge of slamming shut if they misstep the Stamkos contract negotiations. The good news for Tampa is that Jonathan Drouin is here and he’s now going to be a problem. In Game 7, the only sustained pressure the Lightning were able to establish was when Drouin was on the ice and no one could take the puck from him.

Otherwise, the Lightning were basically held together by duct tape and dreams against Pittsburgh and it almost worked.

It was maddening to watch Tampa in the final ten minutes of Game 7, though. Trailing by one goal, the Lightning were throwing four guys deep into the offensive zone before they had established possession. This left one defenseman to fend for himself while Pittsburgh took control of the puck and simply picked their head up to push the puck to the open side. The Penguins relieved any type of pressure and Tampa went back to regroup. Rinse and repeat.

So while we will miss Jon Cooper jokes in the immediate future, the right team won the East and here we are.

Pittsburgh vs. San Jose – We are certainly just as guilty as the rest of the hockey world but for all the jokes about missed chances for Sidney and Malkin over the years, they’ve now won just as many conference titles as Toews and Kane have. It just so happened that Pittsburgh’s came at the front of their rise while Chicago’s were interspersed over the years.

On the other side, unless they have a Steve Yzerman late-career run planned, this might be the only conference title of Joe Thornton and Patrick Marleau’s storied careers.

Indeed, the superstar story lines are in full effect for this Final.

Of course, that means neither will likely play much of a factor in the outcome and guys like Tomas Hertl, Connor Sheary, Bryan Rust and Justin Braun will have a terrific series to help inflate their average annual value. Thus, either pricing themselves out of their current team’s plans or forcing an overpay which leads to the loss of another role player. It’s fun to watch when it happens to other teams.

The story of this postseason, for me, has been the San Jose power play. Gang, this is the closest thing to the Red Army teams of the 70’s and 80’s that many of us will ever see. I’ve mentioned it in other Fireside chats but it’s incredible how they move the puck and move their feet to create mismatches.

There’s no standing around. There’s no waiting for a passing lane to open. They create passing lanes by forcing the opposition to commit. The puck will go up to Brent Burns, he’ll slide across the point forcing a penalty killer to follow him. This creates an outlet for Joe Thornton whose been creeping to the tops of the circles. Thornton gets the puck and now has multiple options. He can shoot if there’s a lane. If the defenseman slides up to defend him, he can now feed Marleau standing at the goal line. Now Marleau can either drive the net or hit Pavelski for a one-timer from five feet out.

And it just about works every damn time. Their quickness and ability to adapt is what makes them so special. Even if a team tries to throw them a new wrinkle and take away a certain pass, the Sharks just go to option B like they meant to the whole time.

It’s incredible. And, it could be the difference in the series if Pittsburgh gets too penalty-happy as Ian Cole and Ben Lovejoy will not be the defensive tandem to break up this dynamo.

For Pittsburgh, they’ll definitely serve as the stiffest test for Marc-Eduoard Vlasic and the Magnetic Zeros yet. The Penguins won’t be throwing David Backes and Troy Brouwer or Ryan Johansen and Calle Jarnkrok out there as a secondary scoring line. And it’s been three rounds since they faced the Kings blunt attack so fatigue may play a bigger factor than it did then.

At home and with the final change, Pittsburgh should be able to get some advantageous matchups as Kessel, Crosby or Malkin can get away from Vlasic or Burns and really tee off on Roman Polak and Brendan Dillon. It’ll just be a matter of making their opportunities count.

I think we’re headed for a long one here. So sit back, relax and strap it down. 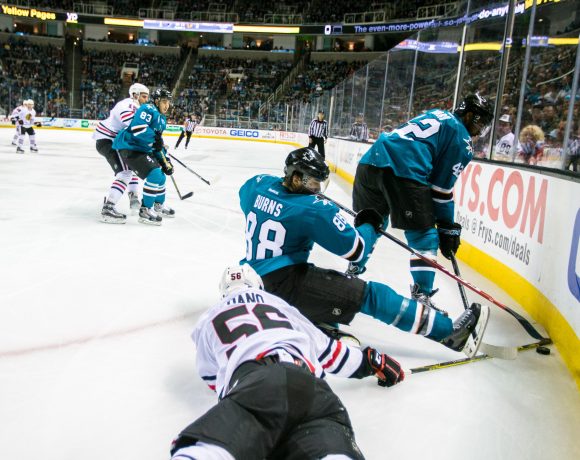 You’ve Got to Let the Wine Breathe: Blackhawks 5, Sharks 2 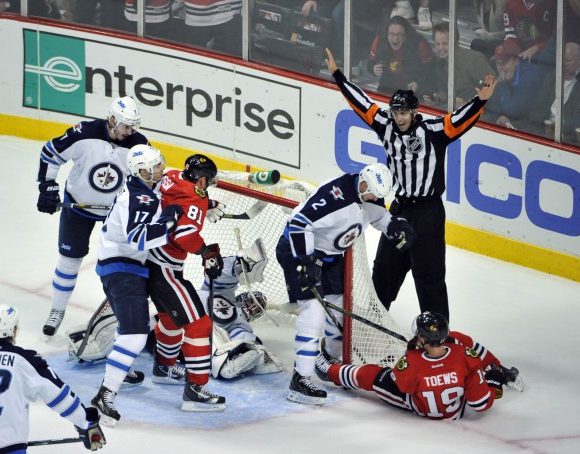