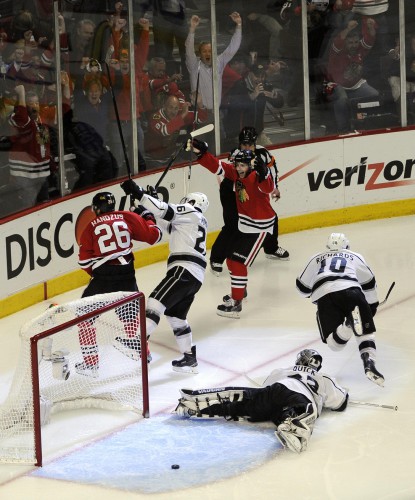 It’s funny. We’ve been doing this blog for six seasons, and I think if you asked all three of us if there was a game that was simply beyond us, we wouldn’t have an answer. We might have one, which was Game 6 against Vancouver in 2009. But other than that, I really don’t think I’ve seen anything like tonight. Sure, at points both Finals against Philly and Boston reached a ridiculous pace. But there was an element of control in those.

This? This was in-the-red, eyes-tearing, consciousness-erasing shit from just about the 2nd period on. If not the 1st. I can honestly say that at least from the 3rd period on I’ve never seen a hockey game played at that pace. This was going plaid. It felt like I was thrown on an untested roller coaster pumped full of coke and seated next to Ted Nugent.

I’ll get into the minutiae in a minute. But honestly, last night isn’t about that. I don’t even know if last night will matter in the long run (my suspicion is that it won’t). But before the 3rd, I tweeted a reference to The Two Towers, “If this is to be the end, let it be such an end…”  you know the rest. And the Hawks did make it such an end.

Seriously. They went toe-to-toe with perhaps the deepest crop of forwards around all playing at the top of their game with at most nine forwards. Shaw got hurt, Sharp is suffering from something, Versteeg couldn’t have been more stapled to the bench if he was a fucking termite, and Bollig was Bollig. Handzus wasn’t even used.

And even with all that, they just went balls out and dared the Kings to come with them. The Kings did, probably should have won, and yet the Hawks refused to capitulate. We question so much around here, but we’ve never questioned their sack. If you’re new to all of this, tonight proves why.

Ok, guess I’d better attempt to do this:

-I know everyone wants to make me wear it because of Zus’s winner. If I were you I would too. I could quote the ice times of every other forward other than Versteeg and Bollig. I could point out that Q only put him out there because he had to. I could point out that Saad and Kane made the whole play because everyone else was dead. But you know what? You all knew all of this before you read it here. Whatever. It just had to be this way.

-Since about last spring, we’ve begged for Brandon Saad and Patrick Kane to play together. They have sporadically, but it never really popped consistently. Tonight is what we dreamed of. If there’s a Hawks winger who has put on a more complete and gutsy performance that Saad tonight, I’d like to know what it would be. This was the very definition of “KNEEL!!” Oh, and both Saad and Kane led the Hawks in Corsi.

-The big move tonight was to change up the d-pairs, which hasn’t been done since… you know I don’t even remember. I can’t pretend to get in Q’s head, but if I had to guess I think it would be something along the lines of the Hawks needing one pairing that didn’t contain an unpredictability, which is what Oduya and Seabrook have become.

In some ways it worked. The highest Corsi among the d-men was Oduya and Rozsival (who may have had his best game of the year). They did it while not always seeing That 70’s Line but seeing them enough.

-I guess Leddy and Seabrook got housed. They were there for two goals against. But one came from Sharp staring at Stoll whacking away while Leds and Seabrook had guys tied up. The other was when Seabrook just staring at Dustin Brown scoring the 3rd after two Versteeg turnovers. Don’t know what else Leddy could do.

-Ha, Kris Versteeg. Tonight is what we laugh about after we never see him again. Because we shouldn’t.

-It’s a great thing the Hawks won because otherwise the conversation would have been about how bad Corey Crawford was while ignoring how bad Jonathan Quick was while playing behind the deeper team. Thankfully, at least for tonight we’ll just know both goalies were terrible.

-Considering how the Hawks had to play things tonight and the way time was distributed, a logical coach would just throw out Morin, Nordstrom and Regin for the simple fact they’ll have legs. Like a taxed bullpen, they need someone who can get you some innings. But that’s not coming. A couple of them might though, we know Versteeg is getting scratched. Likely Bollig too.

-There’s more to talk about. But this is getting long. I have no idea what the Hawks could possibly have left for Friday. They sold out tonight. They have three d-men who played over 29 minutes. They maxed out their forwards. The discouraging thing is the Hawks played as fast as they could and the Kings not only didn’t blink, but decided to go right with it. And they were right there.

But the heart and determination Q has instilled in this team once again was of greater measure than the silly lineup decision he’s made. I don’ t know how much longer he can ride that, but for one night…

But in the end the Hawks got it. I wouldn’t be shocked if they got totally blown out Friday. But then I never saw this amount of sheer balls coming either. It could be anything.

Go out on your shields. 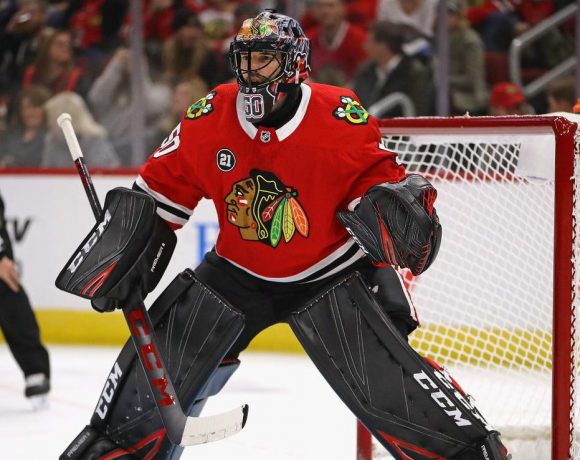 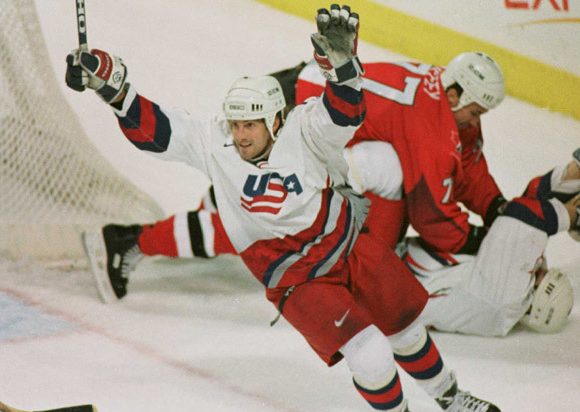