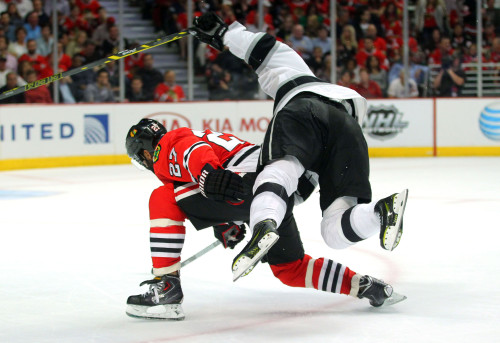 Before an intense weekend of late-night road hockey (i.e. getting more gassed up than usual for those of us without familial or employment requirements), thought I’d go through some stuff today that’s been on my mind. It’s not an “Angry At Numbers” piece entirely but won’t be devoid of that either.

Last night I referred to Johnny Oduya’s up and down season as something that should genuinely concern the Hawks and their fans going forward. Right now, the entire structure of the defense is dependent on Ebenholts och Elfenben taking on the top assignments. It frees up Keith to be the possession monster that he’s been (even more so than last year) and also gets the third pairing even cozier minutes. And it keeps Seabrook from having to do anything too hard, which is good because he’s still fucking up the lighter assignments he’s getting.

When Oduya and Hammer aren’t taking the tougher assignments, things get rocky. It means Keith has to, but then the Hawks lose some of that drive from the back that he’s been providing. And Oduya can’t really make up that slack because he’s just not that type of player, even facing easier competition. He’s quick and not bad with the puck, but doesn’t really have offensive instincts.

So how sideways has it gone for Oduya? Well, he’s actually not seeing as tough a competition this year as he did last year. In terms of Quality of Competition (according to Behind the Net) he’s seeing 0.039 QofC, which is highest on the team still. For those who don’t know, that’s basically the average Behind The Net Rating of the opponents Oduya sees, and Behind The Net Rating is the difference in goals a teams scores for every 60 minutes a player is on the ice vs. every 60 minutes he’s off. His Relative Corsi Rating of QofC is .776, which means that’s how much above the opponent’s team rate the players Oduya is playing against have theirs. It’s getting a little heavy, I know.

Last year, Oduya’s QofC was .112, or almost triple what it is this year. Some of this is probably due to not having seen a lot of teams yet with the better players. His Relative Corsi QofC was 1.69 last year, or over double this year.

The problem is Oduya’s possession stats have dropped like a stone. He’s at 50.5% Corsi-percentage this year, whereas he was 53% last year. But relative to the team, he’s gone from only about 4% behind the team rate in ’13-’14, which was a given considering he was seeing the other teams’ best every night, to over 10% behind this year. He’s done this while getting far more offensive zone starts this season as well, starting 55% of his shifts in the attacking third while doing so only 49% last year.

Goal-based numbers aren’t helping either. The Hawks scored 2.32 goals-per-60 minutes Oduya was on the ice last year, to 1.84 this year. His main job obviously is to prevent goals, and that’s trending the wrong way as well. Last year it was 1.95 per 60 minutes, and this year it’s 2.20. And this is with a better save-percentage at even-strength behind him this season.

Oh, and all these numbers have also slid from his superlative 2013 lockout season, so if you’re starting to be of the opinion Oduya has peaked, well I won’t stop you, though we should probably see how the rest of this season goes.

As I said, it’s worth keeping a close eye on, because this might be the most pressing issue the Hawks face as the season goes on, and it’s even more dicey with TVR on the shelf and likely to not play a major role again this season. Unless you think a rookie can be tossed back in in March and help a Cup contender. Ask Tomas Hertl how that goes.

-Marian Hossa’s season has generated some debate as well, as my radar has been alerted in a very minor way while some think he’s absolutely fine. Let’s be clear, Hossa hasn’t been anywhere near bad, but there have been nights when his game doesn’t quite have the bite we’re used to seeing. He’s still getting over three shots per game, but it doesn’t always feel like he’s a constant menace.

So here’s his shot heat map compared to last season from SportingCharts.com:

Obviously it’s not the sample size of last year, but it doesn’t quite feel like Hossa’s getting around the net as much, even though his average shot distance is less. The 3.4% shooting-percentage is obviously what pops up, and that will go up as long as Hossa keeps breathing. But might it be lower partially because he’s getting lower percentage shots?

-The Hawks called up Phillip Danault today, which is kind of curious though I’ve wanted to see this kid play for a while. It could mean Shaw is going to be out longer than they thought and they don’t want to play Ben Smith at center, though I don’t know why that would be. It probably means Q has completely given up on Morin, though why Nordstrom has to be kept around is anyone’s guess as he’s the hockey definition of “flavorless popsicle.” And if you’re calling up a center, why not the one we all want anyway? Maybe they want to see more of Richards with Kane, which was the plan all along (HA!) and it took Q at least three weeks too long to get there. Anyway, hopefully Danault makes them make some hard decisions down the road here. 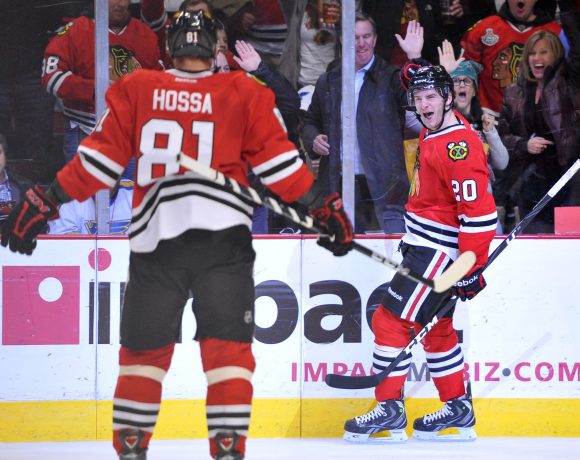 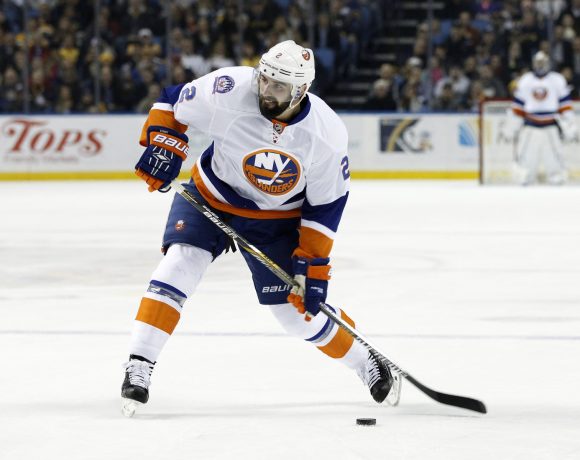