Further Down The Spiral

After the first prolonged period of radio silence in the Patrick Kane rape investigation, yesterday evening produced two bits of news, neither of which will warm the cockles of anyone’s heart.

First, an affiliate in Buffalo reported that the companion of the victim has been subpoenaed before a grand jury in Erie County.

Woman who was with alleged #patrickkane rape victim has been subpoenaed to appear before grand jury Sept 8. @WGRZ #patkane @sportsmockery

What this means is that the District Attorney is passing the buck on whether or not to indict Kane himself on whatever charges to a grand jury, who will hear evidence and decide if there is enough there to proceed with formally pressing charges. Based on what is known about the case so far and about District Attorney Frank Sedita, there are a few things that can be gleaned from this. One, that the friend had to be subpoenaed implies that she isn’t cooperating, and if it is to be believed that she was the original party who wanted to return to Kane’s home, that’s not surprising. Two, Sedita has political aspirations beyond his current office, and Patrick Kane draws a lot of water in Buffalo. Leaving the decision to indict in a grand jury’s hands (something that is not necessary to make an arrest) essentially passed the buck to anonymous citizens, and gives Sedita the cover of plausible deniability on whether or not he conducted a witch hunt on one of the area’s favored sons once election season rolls around. It’s profoundly and saddeningly stupid to think that an athlete can affect the governmental process this much, but SPORTS.

The mere fact that the proceedings are going to a grand jury means Kane is starting to head up the river, however incrementally. The cases against Drew Doughty and Jameis Winston, sexual assault cases that were dropped, never reached the grand jury process, for frame of reference. At the very least that means that there is enough evidence to warrant being weighed out by multiple sets of eyes even if all political motives can be discarded (and they never can). What they end up taking away from the evidence presented is completely up in the air, as the jury selection process is not nearly as rigorous as that for a criminal trial and there is always a chance of biases being brought into deliberations, but as the saying goes, “a grand jury would indict a ham sandwich if that’s what you wanted“.

As far as what to expect in the process, a very in-depth report (trigger warning) can be found in a 2012 long-form piece from the Star-Telegram out of Dallas-Ft. Worth. While some of the particular statistics and laws may not directly translate to Erie County, New York in 2015, the piece goes on to reiterate one of the familiar, disgusting, and sad motifs of this case, that the behavior of the victim is what is called into question most during the process. District Attorney Sedita, who is purported to be extremely tough on sexual assault, is without a doubt familiar with what this procedure looks like and the preconceived notions that grand jurors bring into the room as a result of a the permeating rape culture we exist in. And to send things to a grand jury when it’s not necessary and thereby placing any degree of control out of his own hands for someone who claims to be harsh on these types of crimes seems counter-intuitive.

Either way this process can be a long and protracted one, and no one should expect to see Garbage Dick any time soon in South Bend, whether he’s granted a “leave of absence by the team”, suspended, traded, or taking a perp walk in Hamburg, NY.

-Also occurring yesterday evening was an interview with Jonathan Toews on TSN Radio 1290 out of his hometown of Winnipeg. As a matter of course, the questioning turned to the above events, and how Toews as a CAPTAIN handles such things. He offered this response:

It’s shocking to a certain degree that Toews even offered up anything in the first place aside from “I really can’t talk about anything related to that right now” simply because it’s indicative of the fact that the Ozymandias and the rest of the Hawk Illuminati didn’t have a sit down with him prior to this and making it abundantly clear that they should say absolutely nothing about this case. This is the stance the organization took in the immediate aftermath last month, and has remained silent since. But rest assured that by the time training camp rolls around, there will not be one syllable uttered about this that the Hawks have not approved. Unless of course Toews broke rank in doing so, but that seems highly unlikely.

At first impression these comments are disappointing from Toews, as these are incredibly serious, life-altering events in the balance. It’s completely tone deaf to equate a sexual assault and the physical and emotional trauma a victim has to carry with your own “struggle” to deal with the annoying rumors of a couple of your teammates schtumping (consensually) anything that walks. And to say that little fucker is the one who needs support and to be rallied around is rape culture in full force.

I get what Toews was trying to say, but all the "we support our guy" statements are a big part of the reason rape victims don't come forward

Because when teams and players say "We support our guy" before facts come out, they are basically calling the victim a liar.

But these comments are disappointing because there is an expectation of “maturity” from Jonathan Toews that gets flogged by any and every media outlet, this one included. But perhaps the scope of that needs to be limited to just within the game he plays for a living. The whole context and perspective on this needs to be altered. Even if Toews is “wise beyond his years” on the rink and always has been, that still doesn’t mean he has any kind of perspective on the real world, because he hasn’t ever lived in it as an adult. Most NHL players stop getting any semblance of a real education around the 8th grade, even if they are on the NCAA track as Toews was. Even at league minimum salaries, players are in the top 1% income bracket, and their entire existence has been dominated by the need to put the team and their teammates above all else. It’s not a very peppered existence, and certainly not a multicultural one. So when boiled down to their essence, the comments from Toews are nothing more than those from any other rich, white bro with little to no real world experience outside of the cocoon of like minded entitled men he has been raised in since early adolescence. Of course he’s going to say something completely tone deaf, meatheaded, and borderline victim blaming even if he thinks he’s offering a total non-comment and being a good LEADER, whatever that even means. And it’s time everyone seriously adjust their expectations as far as what any professional athlete, even the paragon of virtue wearing the “C” here, is about.

The Sound Of Science: Blues At Hawks – Preview/Pre-Game Thread/Flea Circus 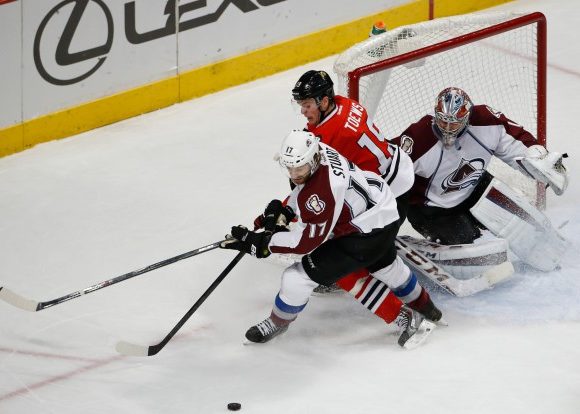 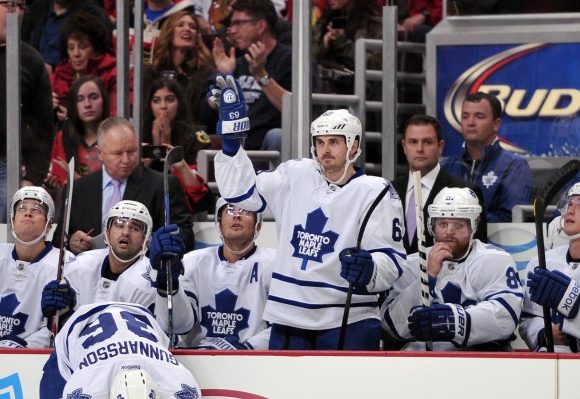