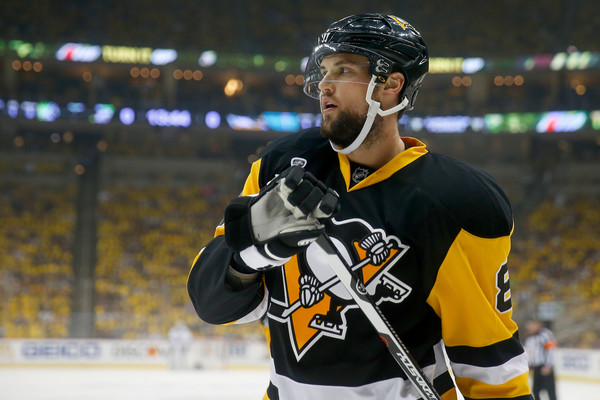 Perhaps the oddest component of the Penguins’ back-to-back championships is that only two defensemen played every playoff game both years. One is Ian Cole, who obviously doesn’t matter. And the other is Brian Dumoulin.

It’s been a strange cast rotating through. Two years ago Ben Lovejoy played every game, and Kris Letang only missed one. Olli Maatta, Justin Schultz, Trevor Daley, and Derrick Pouliot also saw time in the playoffs.

Last year, Letang missed the whole playoff campaign, and Maatta, Ron Hainsey, Cole, and Dumoulin went the route. Schultz and Daley played most of them but missed a couple games each. Mark Streit and Chad Ruhwedel also came up for air at various points.

So with Letang’s body basically being constructed of balsa wood, is Dumoulin now the most important d-man in Pittsburgh?

Based on the larger sample-size of the regular season, you wouldn’t think so. Dumoulin has carried the play at only a slightly higher rate than the team, and when Letang hasn’t been around during the season it hasn’t been pretty. Together last year they had a 53.2% Corsi-percentage. But when Dumoulin was away from him, his rate dropped to 49.5 and Letang’s skyrocketed to 56%.

The year before was a little better, as Dumoulin spent most of his time with a paring of dunce-all-stars in Lovejoy and Daley. Dumoulin and Lovejoy were actually quite effective together, carrying a 53.1%. With Daley it was 52.6%. Both Daley and Lovejoy saw their numbers drop without Dumoulin.

But that was the whole run for the Penguins, wasn’t it? Both the Capitals and Predators scorched them as far as chances and attempts for long stretches, but either Fleury or Murray was standing tall while Braden Holtby or Pekka Rinne forgot how their extremities worked. It was certainly a contrast to the 54.9% mark Dumoulin carried the spring before when the Penguins were the superior team in pretty much every series.

Dumoulin is 26 now, and should be smackdown in the middle of his prime. He’s never had the offensive dash to be something other than the free safety for a more dynamic partner, be it Letang or Schultz. Apparently the Penguins thinks he’s headed for more years of real effectiveness, as they inked him to a six-year deal for $24.6 million.

The question for Dumoulin is how much longer Letang is going to be in one piece and how effective he will be when he is. Without him the blue line gets awfully thin and Schultz ends up being the only transition player they have. With him it’s still a very solid top four with Dumoulin being able to boast having been on the top pairing for consecutive Cup winners.

Dumoulin’s game is for the cerebral crowd. It’s not overly-physical but he’s positionally perfect, or close to it. It’s Diet Seabrook, or at least Diet Younger Seabrook, as Dumoulin makes an excellent first pass and is a better skater than Seabrook, but doesn’t have the game-breaking vision or shot that Seabrook did or does, depending on your opinion of his contract these days.

What Dumoulin has become for the Penguins is their most dependable blue-liner. They’ve proven they can get away with not having Letang. They’ll probably need them both this spring if they’re going to bring a third in a row and fourth overall home. 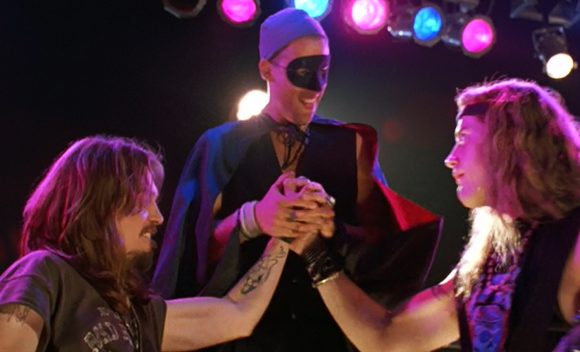 Game #49 – Hawks vs. Rangers Preview/Bathroom Bleaching: Friends At The Bottom 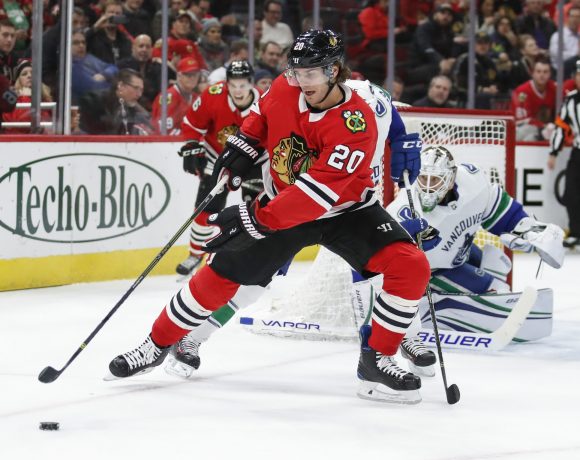 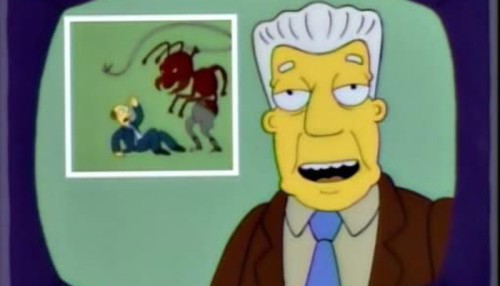