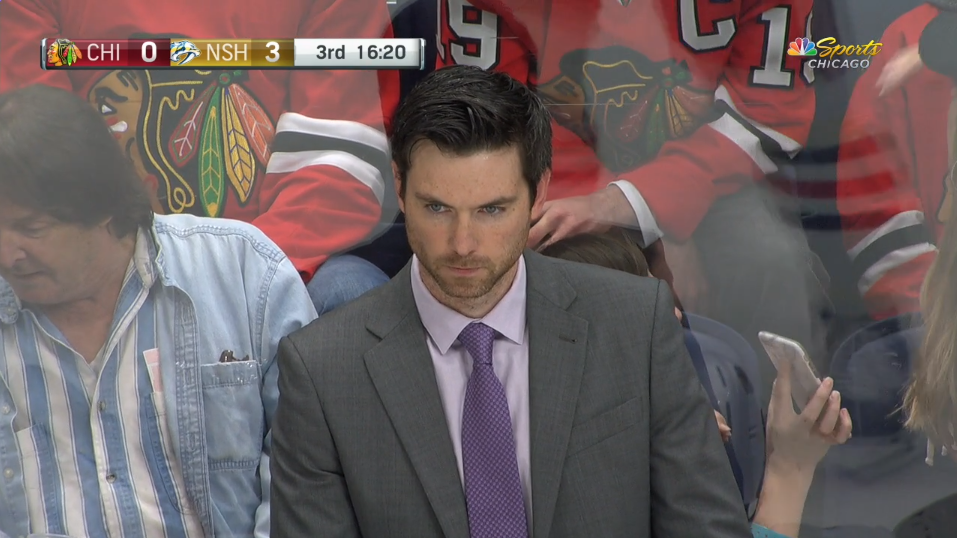 Christ. Fire them all.

– The Official Marc Crawford Watch begins now. Jeremy Colliton is entirely out of his element. His systems have all the connectedness of a 3:30 a.m. Crave Case fart after a 6-hour GG Allin tribute concert.

I’m not even sure where to begin. The Hawks were outshot 40–14 through two periods. At no point did they ever lead the possession share. Their xGF% was 22+%. If not for the Kings, who have all the panache and verve of a gangrenous scrotum, the Hawks would have two goals over the last five games. Seven in five is bad enough. The Hawks were a team that finished in the top 10 in goals scored last year. Colliton has managed to take the one thing the Hawks could do well and bury it under his throbbing Genious Brain.

Then there’s the defense. It’s truly a work of art that Colliton could manage to scratch Seabrook incorrectly. Dennis Gilbert, Slater Koekkoek, and Erik Gustafsson all proved tonight that scratching your 7th D-man is pointless if the guys you’re playing ahead of him are 8th, 9th, and 10th D-men themselves. 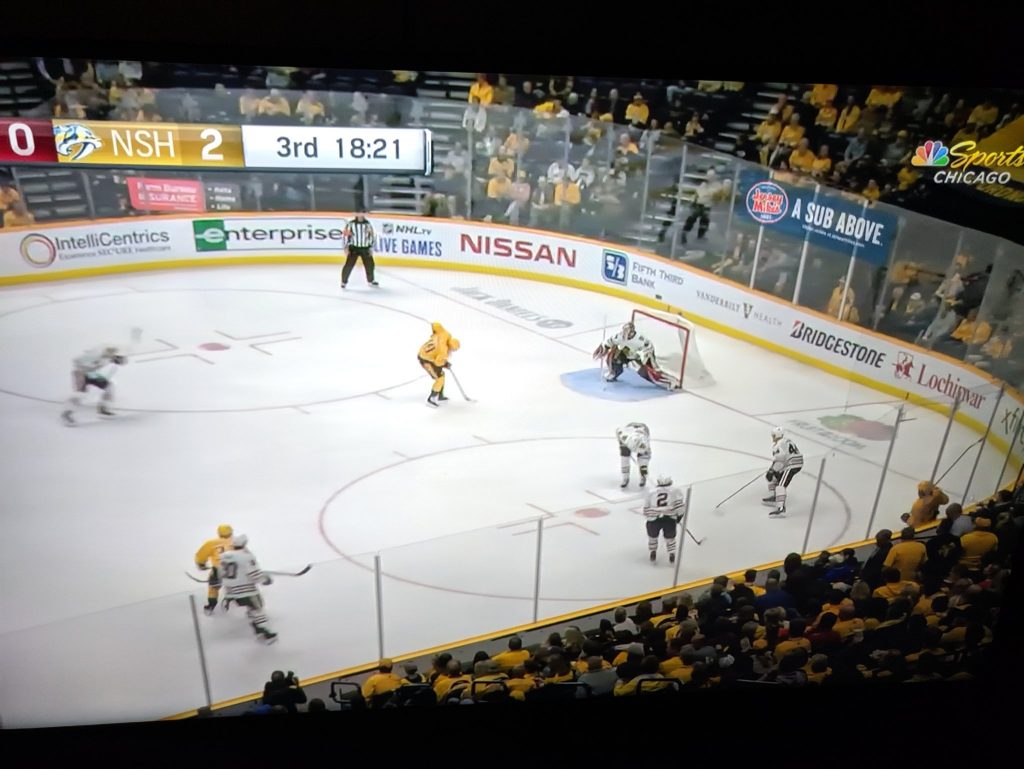 All of the Core guys—Toews, Kane, Keith—looked lost tonight. None of them were effective, and they all looked to drag. And given the overall effort, it isn’t hard to think that Colliton has completely lost his Core. If you manage to lose Toews, and it sure looked like Toews was lost tonight (28+ CF%, 22+ xGF%), what are you even doing here?

Then there was Colliton’s galaxy brain just prior to Bonino’s first goal. At about 16:40 in the first, the Preds had just finished applying a bewildering amount of pressure on the Hawks to the tune of three or four good shots on goal that Lehner miraculously turned away—including a post-to-post save—which all started because of some lazy coverage by Toews at neutral ice. After the TV timeout following a Lehner freeze, Colliton CHOSE to ice DeBrincat–Strome–Carpenter Gustafsson–Gilbert. In the defensive zone. Against a team that was outshooting them vastly. After six or seven shots (that’s not hyperbole), the Preds scored because, get this, EXACTLY ONE OF THOSE GUYS IS EVEN PASSABLE IN THE DEFENSIVE ZONE.

This is what a moron does. Jeremy Colliton is a moron. Even if his GM is a bigger moron, this kind of decision makes it clear that Colliton is out of his element.

There’s no structure to anything the Hawks do at all. It’s a lot of flotsam floating and true talent rolling their eyes. If Colliton makes it to Christmas—hell, Thanksgiving even—we can only assume that the league has contracted back to six teams and every other coach has been Poochied away.

– Robin Lehner prevented that game from being 8–0. If Stan Bowman makes it to the end of this year, it’ll be solely because Lou Lamoriello had no more use for Lehner. Falling ass backward into a talented goaltender will stay his execution longer than Colliton’s. Whoever’s the GM this off-season better pucker up their ass-kissing lips, because Lehner’s got to be looking for the nearest exit.

– This game should reinforce the fact that the Blackhawks have absolutely no idea how to scout defensive talent. Dennis Gilbert is not an NHL player, no matter how many times he leads the game in hits. The only thing I can say for sure about him is that he’s slow. I want to say he’s clueless too, but Colliton’s ass-blood scheme would make Paul Coffey look like Dennis Gilbert, so I can’t say that with any confidence.

– The Blackhawks could have traded the Erik Gustafsson formerly known as a 60-point D-man before the draft or at any point in the off-season. Never forget that.

– Jonathan Toews looked horrible tonight. He looks like he’s given up, and I can’t blame him. Colliton replaced Toews with Saad on the PP1 late in the first period. Yes, Saad was the best forward up to that point, but he’s never been much of a producer on the PP. This reeks of a coach who’s lost his best players trying to prove a point nobody cares to hear anymore.

– I guess if you’re looking for a positive outside of Lehner, maybe there were two. Dach made a couple of heady plays in the first. The first was a dump in that was out of Rinne’s reach, which led to a DeBrincat stuff attempt. The other was a good-idea-not-so-good-execution play on a 3-on-2 with Saad. Dach glided up the near side and tried to feed a streaking Saad for a tip, just missing him. He’s got a feel for the right ideas, which is nice. It’s really gonna suck when they send him back to the WHL next week.

The other was that late in the third, 11 games into the 2019–20 season, Colliton finally put DeBrincat–Strome–Kane together. They immediately produced a strong scoring chance before Kane got a hooking/unsportsmanlike conduct penalty. The fact that the one line that should have been a given going into the year is together only after more than 13% of the season is finished is lamentable.

– I don’t give a fuck that DeBrincat and Strome were statistically awful tonight. This putting-them-on-the-fourth-line horseshit is unacceptable. It was cute when they played the Kings, in the same way that a toddler screaming “God dammit” in a church is cute. Only after letting his team get thoroughly embarrassed did Colliton put them with Kane—which is where they should be at all times, defense be fucking damned—and what do you fucking know? They finished with a 100 CF% and a 78+ xGF%. Get fucked, Jeremy.

This team is lost. Its identity has been reduced to off-ice soap operaisms and leading the fucking league in hits. It’ll be hard for them to do worse than they did tonight, but as long as Colliton and Bowman are calling the shots in any capacity, they sure as shit are going to try.

Line of the Night: “PK Subban wasn’t even in their top three defensemen.” Eddie O on the Preds 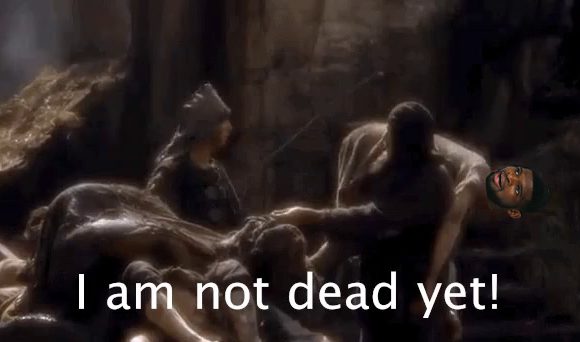 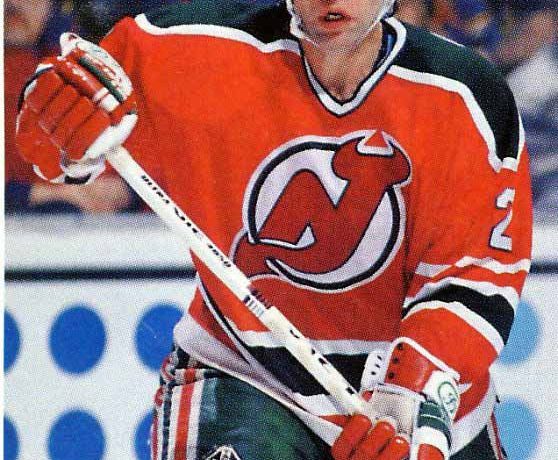