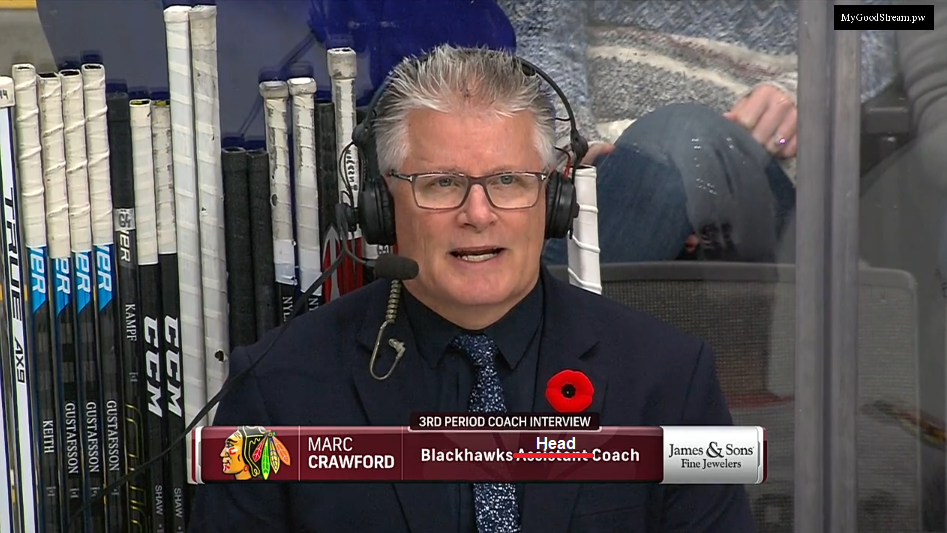 When you pine for Marc Crawford to release you from the genital vise that is Blackhawks hockey, it’s safe to say the goddamn plane has crashed into the mountain. Fire everyone.

– Going into this game, the Sharks were the worst team in the West. They had lost five in a row. Martin Jones had a sub .900 save percentage. Through the first two periods, the Hawks managed eight (8) shots on goal. They had a 29+ CF%. McClure summed it up best:

The Hawks managed 14 shot ATTEMPTS against the team with the third worst overall goaltending in the league solely because DeBoer has strangled their transition. That’s a competent coach masking deficiencies against someone he knows will not have a strategy to counter. –@Matt_McClure_

Once again, Jeremy Colliton has shown that when the going gets tough, he gets his ass paddled red. Only this time, he doesn’t have the cover of saying, “Well, it was the Predators.” This was the worst team in the West completely annihilating whatever it is that Jeremy Colliton thinks is a strategy.

The Hawks gathered just three of eight points on this road swing. Fine, the Predators are good. But they also played the Kings, a team that should be relegated and is now officially the worst in the West; the Ducks without John Gibson; and the Sharks, the former worst team in the West before tonight. And they managed just three points. Embarrassing and unacceptable for a win-now team.

– Robin Lehner at least kept it close for as long as he could again. The first two goals were hardly his fault. On the first, a bad bounce off Maatta’s skate led the puck directly to Timo Meier, who ricocheted a shot off Patrick Marleau’s skate. There’s not a ton Seabrook could have done to prevent that, aside from beating Marleau to the inside and keeping him entirely out of the crease, but if you’re counting on that, you might be Staniel Bowman or Jeremy Colliton, and if so, please resign.

On the second, an unfortunate bounce over Adam Boqvist’s stick at the blue line gave Evander “The Other Huge Piece of Shit” Kane a shorthanded breakaway.

Lehner probably could have had the third goal, but given everything he’s had to put up with over the last week, I’m not going to rag on him too much. Can you imagine this team without him right now?

– The Sharks crushed the Hawks in any sort of transition they tried to make. It’s remarkable that the Hawks are both too slow and too lithe to dump and chase, but boy did they ever try. This is the Colliton offensive system. For fuck’s sake, this team finished in the top 10 in goals scored last year. Without the happenstance two-goal wet dream the Hawks managed to fart out at the end of this farce, Colliton is facing down a shutout against Martin motherfucking Jones.

Perhaps worst of all his Colliton’s stringent adherence to the drop pass on the PP. In the second period, with a defender draped all over him, Adam Boqvist tried a drop pass at neutral ice. He was actively looking for someone behind him, which indicates that this was drawn up. Rather than giving your 18-year-old, fast, dynamic D-man a chance to shove the puck up an equally slow team’s asshole, Colliton wants his team to do drop passes. How progressive and forward thinking of this fucking wiener.

– Did you know that Andrew Shaw leads the team in hits, and that matters about as much as how long your foreskin is? If Colliton is still somehow the coach for this team on Thursday, you better bet your ass he’s going to be on the top line, because he happened to be on the Toews–Saad line for the Hawks’s first goal. Super glad he’s back to contribute exactly dick to whatever this year is supposed to be.

– Before anyone adheres to the inevitable DEY BADDLED BACK FROM DA JAWS OF DEFEAT MY FRENTS narrative that Coach Gemstone will rely on to keep his job in his next press conference, keep in mind that the Sharks had given up five goals in each of three of their last four games. And that Martin Jones, again, had a sub .900 save percentage going into it. This isn’t battling back. This is exploiting a bad goaltender whose coach put them in the prevent defense. As any football fan can tell you, prevent defense prevents wins.

– Although Boqvist couldn’t catch Piece of Shit Kane II on the breakaway, he did manage to pull of a nice shimmy shot late in the third. The kid’s got wheels and a wicked wrister. He ought to be playing more time than all of Gus, Seabrook, and de Haan, who each had more TOI than him.

– Reminder that the Hawks could have traded Erik Gustafsson at any point during the off-season and didn’t.

– I would like to hear more of Patrick Sharp talking about “hard dumps” and “hard rims” during each intermission.

At the very least, Jeremy Colliton should be out on his ass by Christmas. His systems (if you can call them that, and I assure you I don’t, because I call them wet dogshit) don’t fit the personnel. Likewise, Bowman needs to be on his ass no later than the end of the year. He put this team together to win this year, and the best hope they have is winning the lottery.

Fire everyone. Start over.

Line of the Night: “They’re just skating all over the ice not getting much accomplished.” –Patrick Sharp 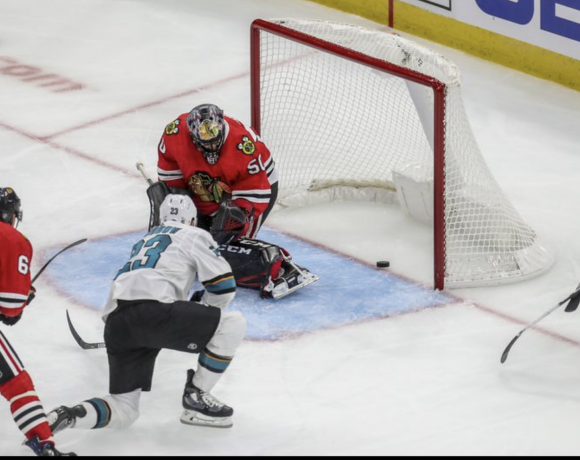 Maybe Magic Training Camp Takes A While To Have Effect 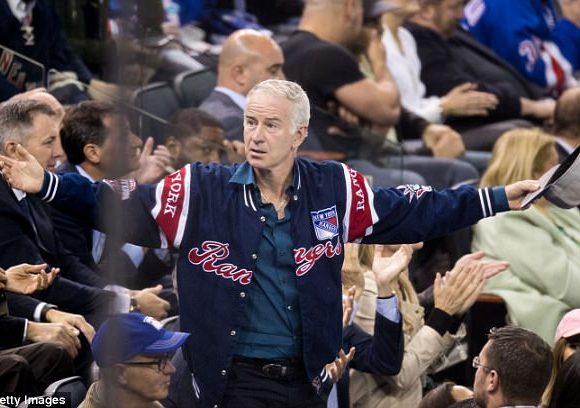