THEY FILMED DEADPOOL THERE: Canucks Army

We’ve had to do this the past couple years now. Whenever the Hawks meet up with the Kings or Canucks, we have to do something of a “Remember when these mattered?” comment. This used to be the the fiercest rivalry in the league. That stopped some seven years ago. With the Kings and Hawks, there just isn’t much more to discuss because both teams are lying face down in the muck. Sadly, that might not be the case for the Canucks anymore.

The Canucks find themselves one point out of the lead for the Pacific Division, behind the Oilers and one ahead of the Coyotes, just to let you know how backwards everything is and how many different teams seem to have better ideas than the Hawks right now.

Is it real? The numbers suggest it might be. The schedule does not. The Canucks have seven regulation wins, and they’re over the Sharks at home (some teams can do that, in fact a lot of them have), the Kings twice (some teams do that), the Red Wings twice, the Rangers, and over the Panthers at home. Only the last one is a team that’s probably good and playing well at the moment. But hey, you can only play whom the schedule says you do, and the Canucks have made hay against that.

And they haven’t just squeaked by, as their metrics are pretty glowing. They’re one of the best teams in the league in terms of Corsi and expected-goals, and they’re doing some explosive work in the offensive end. Most of that comes from the top line of WHO WANTS TO WALK WITH ELIAS?-JT Miller-Brock Boeser. They’ve combined for 52 points in 15 games, with Elias Pettersson on track for a 109-point season. That’ll play.

Coach Travis Green has taken the training wheels off this line, starting them in any zone against any opponent, and pretty much doing the same with his second line centered by Bo Horvat. This has freed him up to put his plugs in more advantageous spots, which is maybe why you’ve seen scoring spikes from the likes of Brandon Sutter and Tim Schaller. What a time to be alive…to cut yourself.

That doesn’t mean Lady Luck isn’t waving her ass a bit at the Canucks, too. Again, the soft schedule helps, and they’ve ground up the chuck they’ve been served (is that how that works? Let’s just go with it). But this is a team with a 102 PDO that’s getting a .918 from Jacob Markstrom and a .938 from Thatcher Demko. The latter has been the hope for the future for what feels like 17 years now, but he’s not a .938 goalie. The Nucks are also shooting at a team-rate of 9.4% at evens, and while Pettersson and Boeser are most certainly top-level scorers, the rest of this outfit most certainly is not.

That said, they’re a top-10 specials teams outfit on both sides, with an excellent penalty kill, and with the possession they’ve gotten at evens and what they’ve done with it, you can’t really ask for any more.

And they have hope on the blue line. Somehow, and this for sure won’t last, Tyler Myers has been a possession-driving monster, with a Corsi of 56.5% while just shading most of his zone starts in the defensive zone. Should you expect that to continue? Cue Russell Westbrook:

Still, nice to have for now. That has freed up Quinn Hughes, who is going to be a thing, to take easier assignments, and he’s dinging opponents upside the head to the tune of a 57 xG% while getting third-pairing minutes and 67% of his shifts in the offensive zone. Must be nice to be able to bed in a young, dynamic d-man like that so easily. We’re looking longingly at Vancouver, folks. Eat Arby’s, puke it up, and then eat that.

Right, the to Hawks. Corey Crawford will rotate back in to the starter’s net after Lehner once again did enough to keep the Hawks from getting utterly embarrassed. This is starting to be like the end of “Little Miss Sunshine,” where Paul Dano is trying to convince Toni Collette that she has to keep Abigail Breslin from getting embarrassed by the actual pageant girls. I think Lehner is Collette in this metaphor, but I’m not entirely sure as the Hawks have basically broken my brain.

Coach Kelvin Gemstone, in his infinite wisdom, has decided to scratch one of the Hawks’ best two-way and fastest forwards tonight in Dominik Kubalik to give us more Zack Smith. Because all the kids out here with their skateboards and backwards hats have been demanding more Zack Smith. The world needs more Zack Smith. Zack Smith is the key to salvation…

…I’ve just had a brain bubble.

Anyway, the Canucks can do pretty much whatever they want here. They can try and out-skate the Hawks, which they can. They probably have the defensive structure to use the “advanced trap,” that the Sharks used to strangle the Hawks into paste, which is just a trap but ahead of the red line. Or anything in between. And the Hawks will probably still try and dump the puck in and get it back with their not-fast-enough and not-strong-enough forwards.

I’m going to go look for a strong tree branch. You folks enjoy the game. 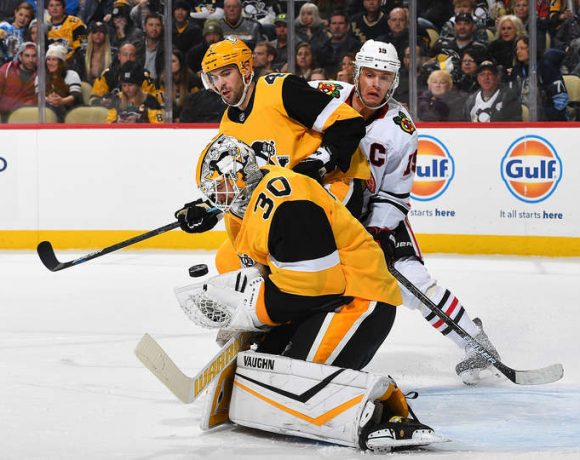