We’d call this “Hell Week” for the Hawks, except that term is usually derived from fraternity hazing rituals and fraternities and sororities are evil and stupid and really should be outlawed. If you have to pay for friends, you’ve got bigger problems. BUT THAT’S NOT WHY YOU CALLED. The Hawks have their fourth game in six nights as they host the Stars in the first half of an old school, divisional home-and-home. These used to be a regular occurrence, and seeing one on the schedule causes you to involuntarily yell at Wendel Clark or Shane Churla while eating a personal Connie’s Pizza while standing. Our lives are very strange.

The Hawks will see a team exactly where they are on the other bench. Both teams occupy the wild card spots, both teams have 27 points, both teams are already losing sight of the Blues, Jets, and Predators ahead of them but can feel the garlic-y breath and clammy hands of a throng of teams clawing at them from below. The last three quarters of this season really could be a sordid dog pile, given how hard it is for teams to separate themselves in either direction in Gary Bettman’s AND-YOU-GET-A-CAR NHL. So these games do take on some importance, but only really if one team can manage to take all four points in regulation. Which, as we know, isn’t easy.

The Stars have had their issues this season. One is that Ben Bishop started really slowly, torpedoing some pretty solid underlying numbers for the team. Certainly Kari Lehtonen wasn’t any better, and the Stars lost some games they shouldn’t have.

Another problem for the Stars is their top-heavy ways. Early in the season the line of Jamie Benn-Tyler Seguin-Alex Radulov was a celestial being and piled up the points. But the Stars couldn’t get scoring from anywhere else, and the other three lines were essentially getting run over and this top unit was playing far too much. So Jabba The Hitch split them up, except no one could get on Seguin’s wavelength and hence they had the same problem. The Stars have been let down by a few young players failing to make THE LEAP, like Mattias Janmark and Radek Faksa and Brett Ritchie. Faska had a hat trick last game, so maybe he’s turning the corner. Free agent signing Martin Hanzal has also done dick, which wouldn’t come as a shock to anyone who’s watched Martin Hanzal ever. And now he’s hurt and won’t play tonight, moving Spezza back from wing to center.

The Stars also don’t have a very Hitch-like defense, a defense that will be without Marc Methot tonight, whatever that may mean. John Klingberg and Esa Lindell can really push the play, and Hitch seems inclined to let Stephen Johns and HONKA! HONKA! take the human shield shifts. Dan Hamhuis is just a third-pairing guy at this point, and Greg Pateryn is what you get when you ask Alexa for a typical 7th d-man. HONKA! HONKA! is supposed to be the supporting puck-mover behind Klingberg, so his time is now.

Still, it’s kind of an odd machine here. This is a team that’s still built to get up and go, but we know with Hitch that teams’ get up and go kind of get up and leave. He’s never going to be able to build a fortress of tedium with this roster, and it’s hard to believe he’ll change his spots (so many spots)  and let them off the leash in the same fashion that Ruff did. Nor should he, so he’s going to have to thread the needle of letting this Stars team play fast while trying to install a defensive structure on some players who have never seen one. That gets harder with the goaltending unable to perform miracles.

For the Hawks, Corey Crawford will return to the net and the lineup will remain the same. Keeping Seguin’s line from busting out the pyrotechnics and drum solos is paramount, and it’ll be interesting to see whom Q decides to do that with. Toews’s line? The 4th line he keeps batting eyelashes at? Keith? Murphy? Stay tuned. If whoever he decides does that, you’re more than halfway to beating this team.

Thought It Was Too Cold For A Circus

Atop the Sugar Pile – Post-Thanksgiving Hangover 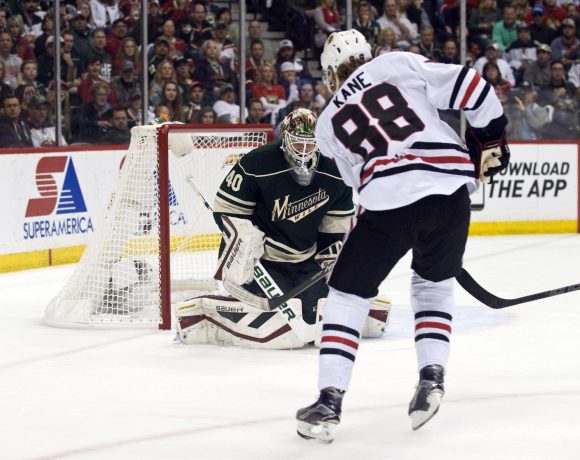