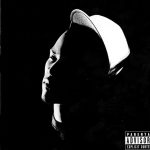 Game Time: 6:00PM CST
TV/Radio: NBC Sports Chicago, WGN-AM 720
He Could Really Make It If He Just Got His Shit Together: The Royal Half, JFTC

As the Freakout Hell Bus Ride of 5 games in 7 nights comes to a close on West Madison tonight, the Hawks are looking to avoid losing their fourth straight game after having gone 1-1-2 so far, with the resurgent Kings now waiting for them as the capper.

Entering tonight, the Kings sit in first place in the Pacific, clear of upstart Vegas by 4 points, though the Shiny Glistening Golden Gilded Knights have two games in hand. And they’re doing it basically the opposite way that they had done things in the past, by being a sub-50% possession team for the first time in eons, and at least in the middle of the pack as far as shooting percentage goes at even strength, which is a huge step forward given where things had been for the Kings. But they’re still doing it with defense, having the lowest team goals against in the league, and the league’s best penalty kill.

Jonathan Quick has been healthy for the first time in a while, but the results are right on par with his career averages, sporting about a .924 at evens. But the Kings as a whole have only allowed 10 power play goals against into December, which the Hawks had yeilded last year by the end of the first week of October. And with the Kings now yielding more attempts than they take, Quick will need every bit of his health to try to keep up this pace.

In front of him is still accused rapist Drew Doughty, who has been just as excellent as ever this year, still playing in every situation for the Kings and throwing up monstrous possession numbers while mostly being partnered with Jake Muzzin. There was a time when Doughty got in trouble (on the ice) trying to do too much every single shift and started to run around a bit and throw indiscriminate cross checks, but these days, he basically *can* do everything, and has been dominant. Alec Martinez still provides decent push from the second pairing while he remains upright, and Derek “Yes My Son Is Also Named” Forbort and Oscar Fantenberg patrol the third pairing.

Yet another reason for the Kings early season success has been Anze Kopitar getting reanimated, and bringing Dustin Brown along with him. Kopitar was thought to have aged into an overpriced checking center with his offensive numbers falling off the table in recent years (sound familiar?), but he’s currently surfing a career high 19.0% shooting clip, and it’s got him at better than a point per game while still flipping the ice against top assignments nightly. Similarly for Brown, who is shooting 13.0% after years of 7.7, 5.8, 5.0, and 8.0, and it’s led him to 10 goals already this year, 6 of which have been at evens. But with Jeff Carter out for a protracted amount of time, that line has been doing all of the heavy lifting, even if Adrian Kempe has given them a surprise burst of 9 goals while being centered by Trevor Lewis on the second line. Tyler Toffoli has managed to survive without Carter with 13 goals so far, but with a combined six goals from Marian Gaborik and Tanner Pearson, the Kings are still in search of offensive balance.

As for the Men of Four Feathers, the annual stretch of life without Corey Crawford began last night in Dallas, and it would seem that Q might come right back with Forsberg tonight given J-F Berube’s experience level and the Hawks badly jonesing for 2 points. The process still looks mostly alright for the Hawks, but the results aren’t there quite yet, and having the blue line be mostly a mess isn’t helping things while the forward group has mostly rounded into form. The Rutta/Forsling pairing is starting to turn rancid, and yet somehow Michal Kempny still can’t crack the lineup. Connor Murphy seems to be fit for a real audition alongside Duncan Keith soon after dragging Brent Sbarro’s ass into borderline competency in recent weeks, and it’s probably best to do so before Cody Franson gets exposed on the top pairing any more than he has.

This might be as open an affair as we’ve seen in the regular season between these two outfits given the Kings’ new philosophy, but that doesn’t mean that they give up a ton of chances per 60 minutes, as they’re still a middle of the road team as far as total shot events. But anything the Hawks get is going to have to come at evens, and hopefully there can be a matchup found with last change away from Kopitar and/or Doughty that can yield enough to crack Quick. Let’s Go Hawks. 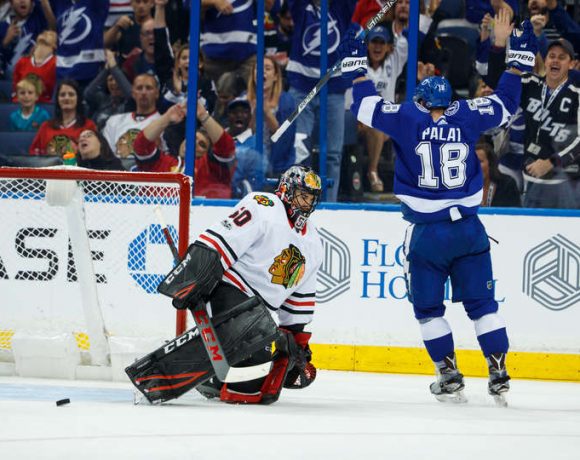 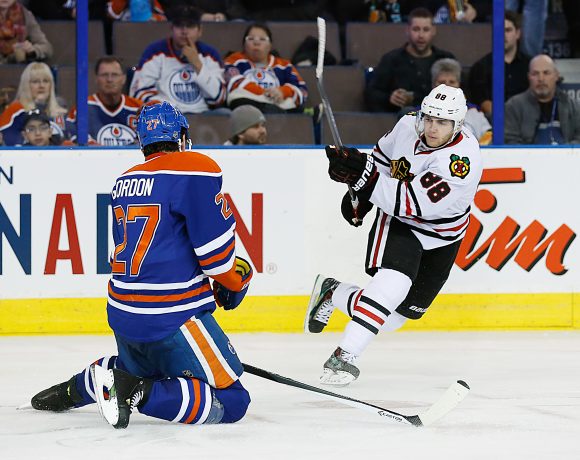 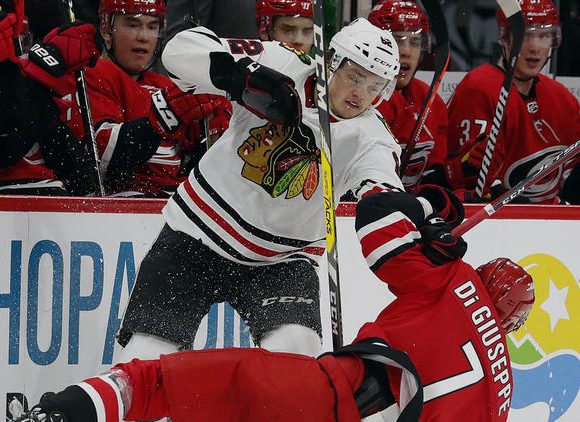