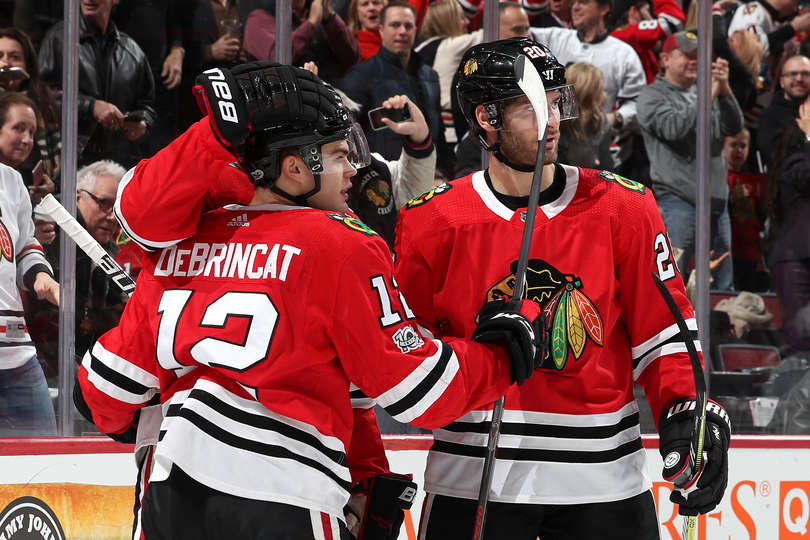 Watching this game was like watching a dog with two dicks debating which one to lick first. To the bullets.

– This entire game was an “all process, no results” affair. I simply don’t know how to explain how the Hawks as a team can have a fucking 70+ CF% through three periods and only score two goddamn goals. And it’s not like the Hawks were only taking perimeter shots either. Look at where a bulk of their shots came from. 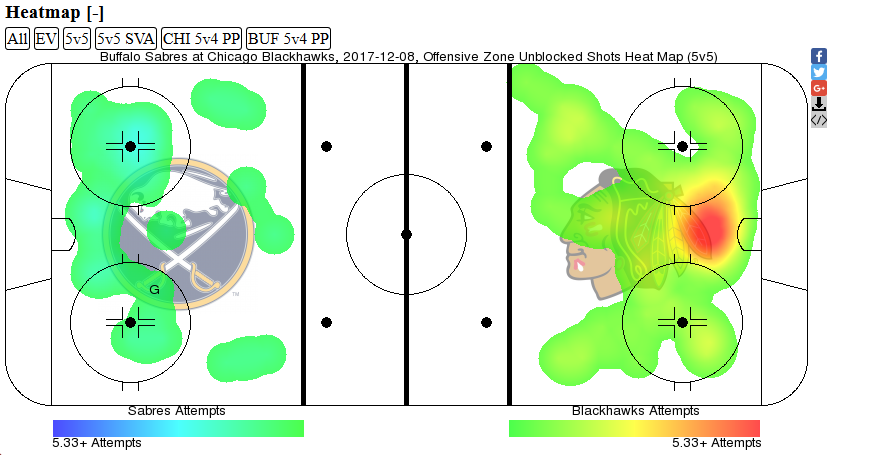 Hat tip to Robin Lehner for not only skipping the Trump rally in Pensacola but also managing to stop a constant barrage of shots right in front of the net. The Hawks had 13 high danger attempts vs. three for the Sabres and came away with just two regulation goals. I hate to be the guy who chalks it up to luck, but I don’t know how else to explain it.

– That said, thank your god for Nick Schmaltz. In the first period, I was standing around wringing my hands after he decided to throw a pass up the middle of the ice and missed Kane instead of continuing to drive to the net for a backhander. Eddie O. made a comment about how he needs to take that shot, and I ranted and raved to a glass of bourbon about how I needed less Jesus Christ and more Niccolò Machiavelli out of him. From then on, he took just about every shot he saw. And while Tommy Wingels will get all the crotch kisses from Foley and everyone else for the shorty in the third period, none of it happens if Schmaltz doesn’t act like a one-man wrecking ball against three Sabres to maintain possession of the puck. He’s absolutely the Hawks best player out there tonight.

– Though you could argue that DeBrincat was the best player tonight, too. Top Cat’s PP goal came from the left side. I, for one, am shocked that he was capable of doing that. It’s not like he scored 7 million goals from there in the OHL or anything. Whatever. You take what you can get, and Top Cat has so, so much to give. Watching him turn into a forechecking terror is a joy, especially with all the offensive upside. Just think of the pornography he’d make with Our Special Boy, had the brain trust not punted him to Carolina.

– Vinnie Smalls did the thing he’s good at, too. He was a coked-up mongoose in a den of snakes, and per usual, had nothing to show for it on the scoring ledger. He’ll probably never be more than a tweener in the NHL, but he was fast and noticeable. He’s not savior, but he avoided doing things the Max Power way tonight.

– I motherfucked Crawford coming back this soon to play in this game, but obviously, Q’s THROBBING GENIOUS BRAIN knows better. Though the Sabres did next to dick throughout the game offensively, there’s no way you’re trusting Forsberg against Eichel on the OT penalty shot. We knew this season was going to ride on Crawford, but I don’t think many of us thought that a December game against the worst team in the NHL would be the manifestation of that thought.

– Cody Franson played zero minutes on the power play, and spent most of the third period in the locker room. If he’s not on the PP, there’s absolutely no reason for him to suit up. It’s time for Q to get the gimp that is Michal Kempný out of the box and next to Porkins.

– Speaking of Porkins, wasn’t that penalty just classic him? His utter inability to move not only canceled an icing, but left the Hawks down a man late in the third down one in a game they absolutely needed to win. But hey, it led to a goal. I’m sure the brass will find a way to chalk that up to leadership, because we have another 9,000 years of this contract to justify.

– Forsling’s Two Face impression may have fooled Eddie O., but not me. Yes, he scored the game winner. Yes, he had a hand in all of the Hawks’s goals. But his positioning on both Eichel’s and Okposo’s goals is inexcusable. I know he’s all of 20 and is being thrown into the deep end . . . and really that’s the explanation. We can bitch and moan about how he’s not a good fit on the PK for now, but the only other realistic option is Murphy, and it doesn’t look like Q wants to trust him there yet.

– Though he probably should. Murphy has looked better and better each time out, and he was rewarded tonight by replacing Franson on the top pairing with Keith. The best thing I’ve noticed from him is how much more confident he is when clearing the puck from his own end. That was a huge problem for him early on. His move to the left side seems to have given him a nice confidence boost. Whether he stays up top with Keith is anyone’s guess, but if it is Kempný who slots in on Sunday, I can’t see why we wouldn’t see Keith–Murphy.

– There’s something to be said about Jonathan Toews completely giving up on Eichel in OT, but I’m not sure what it is, mostly because the OT is a blazing clown rodeo held in a dumpster behind a Wawa. He looks 29 going on 40.

If you’re playing must-win games against the dregs of hockey in December, all is not well. But the Hawks did everything you’re supposed to do to win a game except score, which, of course, is about as John Maddeny as it gets. Whatever. Two points are two points. Anything but four in the next two is an abject failure.

(Evergreen) Line of the Night: “The inability to work his legs will cost Seabrook and the Hawks a penalty.” –Foley 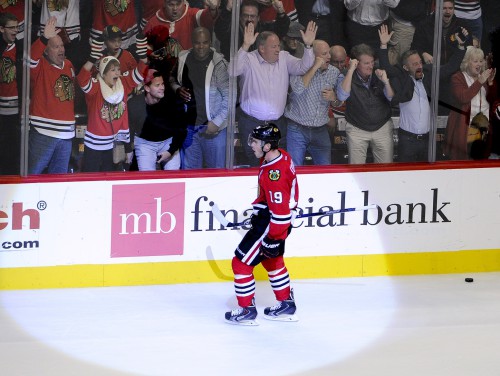 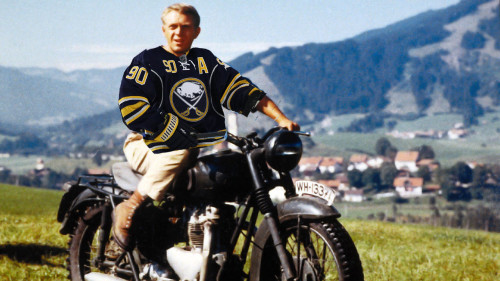