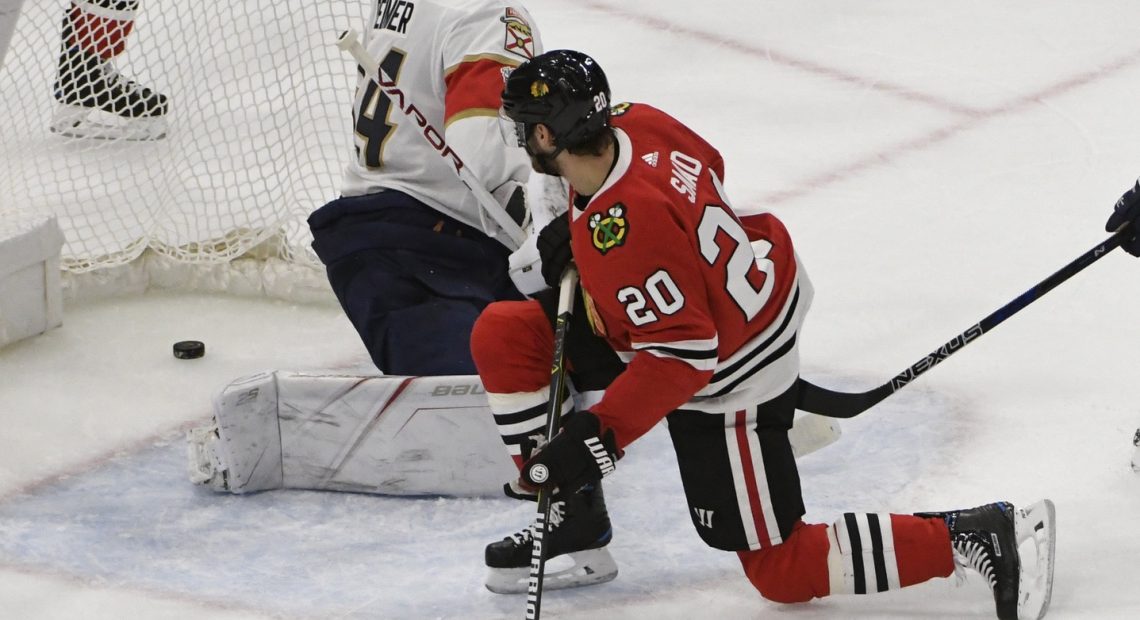 They needed two points tonight, and it certainly didn’t come easy but hey, it came. To the bullets:

– Through two periods the Panthers were beating the Hawks in nearly every measurement — shots, scoring chances, CF%, high-danger chances, faceoff percentage, you name it — except, of course, for the one that counts. Despite looking like gerbils on meth, the Hawks managed to only give up one goal in the second, largely thanks to…c’mon, you know who it’ll be…Corey Crawford. Up until the third, one dominant shift by the top line had been enough to at least keep it tied, until Keith got caught up with ‘ole Wide Dick’s package, and Trocheck and McGinn were able to get by them and score. It was certainly frustrating, but given how the Hawks had been playing, it wasn’t exactly surprising.

– But then, the top line! In the first period, they had said dominant shift that gave the Hawks the lead (and probably contributed to the coasting for a while), but let’s look at that: Top Cat was working behind the net, and all three of them were digging pucks out of the boards and keeping continual pressure, until Saad was able to bury a quick shot from the top of the crease. It was exactly the type of shift they need to have consistently — and until mid-way through the third it looked like that one shift might have been the only one they had in them. Their possession numbers were better than decent all night, but no other finish. Fortunately they pulled their shit together when it was needed and Toews tied the game in the third.

– Jan Rutta got his head dented in during the second period and left the game. I’m not happy about this, and I will not celebrate someone’s injury, even if he has been kinda sucking lately. What’s more interesting is 1. Will this finally lead Q to #FreeKempny? Will he be forced to? One would think so, and 2. How will any resulting reshuffle affect the defense? Franson skated in practice today, so it’s possible that Q hates Kempny so much that he’ll put an injured and aging bag of crap in instead of him. Barring that, would Kempny pair with Forsling? Or would Murphy move up to be paired with Keith and Oesterle moves elsewhere? Stay tuned.

– Speaking of  Connor Murphy, he basically saved a goal with a smooth sweep of the puck out of the net before the refs saw him do it. It takes a village.

The Hawks needed to take all six points available in these last three games, and they pulled it out of their ass. This is their first three-game win streak this year, which is good news and yet sad that it took this long, right? Next up is Winnipeg, which stumbled a little recently but beat the crap out of Vancouver last night, so they may have their mojo back. I don’t know if I’d count on any momentum, but maybe some faith that they can polish a turd when necessary? Onward and upward.

Line of the Night: “This Blackhawks power play has been a buzzkill for the last couple games.” —Pat Foley, in the world’s greatest understatement

Beer de jour: Fistmas by Revolution, because holiday-themed beers are only acceptable in the month of December 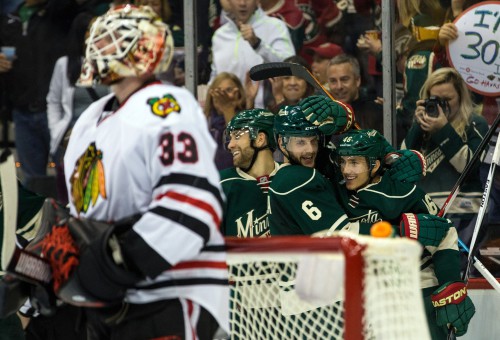 I Feel the Pain of Everyone: Blackhawks 2, Hurricanes 1 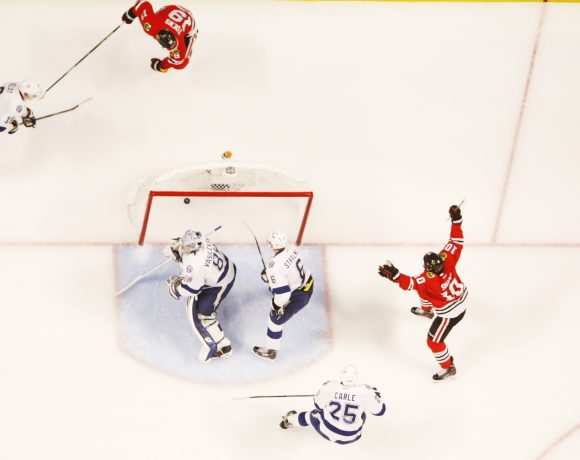