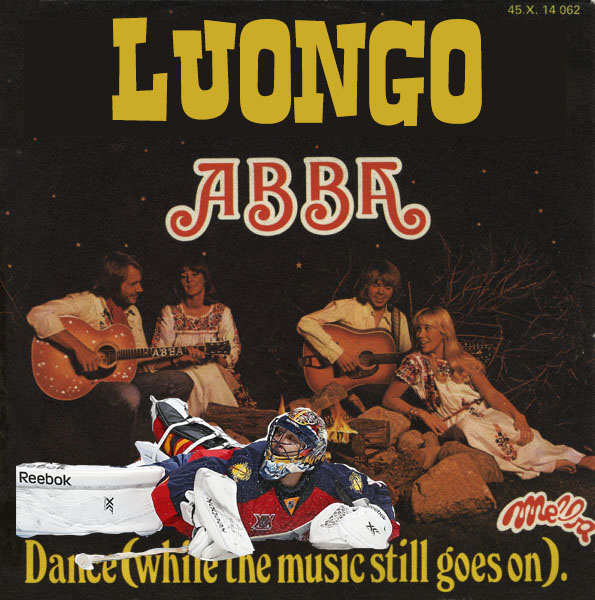 He won’t play tonight, which will deprive both Roberto Luongo and the United Center faithful another night together. Which we both know they love so much. And it could have possibly been Bob’s last appearance in Chicago. Yes, he’s signed for four more seasons after this one. Yes, before going down with a serious injury Luongo was once again excellent, and doesn’t appear to be in need of the big blue curtain. But still, Luongo will turn 39 in April, and you can’t help but ask just how much longer he wants to play. Especially if the Panthers continue to be in the “making up the numbers” category.

And it’ll still sound strange to some, but Luongo will go down as one of the greatest goalies of all-time. And it’s the longevity of his career that’s truly astounding.

Because of how the position has changed as time has gone one, it’s nearly impossible to judge goalies across eras. Luongo is has the 9th best career save-percentage of all-time, but everyone around him is a contemporary. Except for the career leader, which is Dominik Hasek. And Hasek is really the only one who played to Luongo’s age and beyond and maintained an above-average SV%. Hasek had a .925 in 43 games for Ottawa the first year out of the lockout before getting hurt in the Olympics at the age of 41. At 37 Hasek had a .915 for the ’02 champion Red Wings, still above the league average of .908.

And that’s about all there is compare Luongo to. The other one is Henrik Lundqvist. Career-wise, you can’t split them. Luongo’s career SV% is .9192. Hank’s is .9196. Luongo is three years older, but has maintained a higher level the past three years. The worry in New York is that Hank is already on the donkey end of his battle with Father Time, and he’s only 35. Hank hasn’t had the same workload as Luongo either.

You run out of comparisons after that. The only other one you can think of is Martin Brodeur. Brodeur fell off the truck and had it back over his head at the age of 38. His SV% went from .916 to .903 and never got above .908 again, four points below the league average then. You can debate Martin Brodeur all day, but his SV%s never got above .920, something Bobby Lu has done eight times. In reality, there’s just no way to argue that Brodeur was better than Luongo. Roberto just never got to play behind a Lamoriello-inspired Devils defense. Or really, Scott Niedermayer.

Sure, Tim Thomas bested Luongo in 2011 when he was 36, but he never came close to that again and wasn’t even a starter in the league until 32. He just doesn’t have the longevity. Maybe a higher peak, but the mountain isn’t as big.

Luongo is clearly a first-ballot of Hall of Famer, and yet he’ll never live down that 2011 Final when he couldn’t stop a shot in Boston. But it wasn’t Luongo who froze on the first line in the spotlight, and he didn’t cause Ryan Kesler’s hips to fall off.

What will also argue against Luongo is that he hasn’t been on a team to win a playoff round since that 2011 Final. No position is judged harsher on playoff success/failure than a goalie, because goalies can win Cups, or at least a series or two, by themselves. Luongo has a .934 in the Panthers’ last appearance in the playoffs, but they still lost to the Islanders in six games. He never managed above a .915 in a playoff run before that.

And obviously, the meltdowns have been so spectacular. It wasn’t just that he lost. It was the seven goals in ’09 to the Hawks. It was the touchdown surrendered in every home game to the same Hawks in ’10. The capitulation in three games in Boston. No one’s going to forget that.

It sucks that the Panthers appear to be a basketcase organization and won’t get Luongo one more chance to at least set a record straight. He’s not going to get that Cup, but goalies who perform like this around the age of 40 just don’t come around much. And maybe Luongo’s injury shows you why. 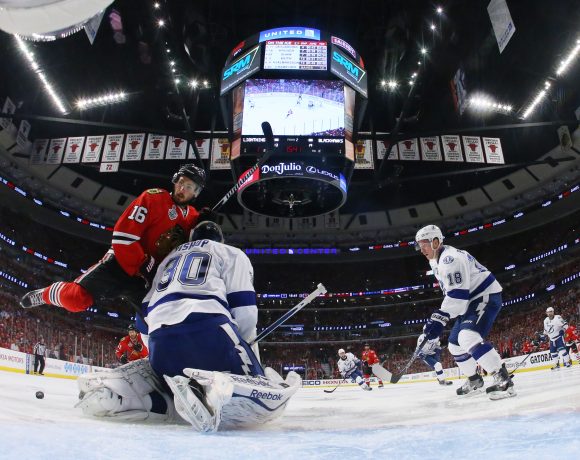 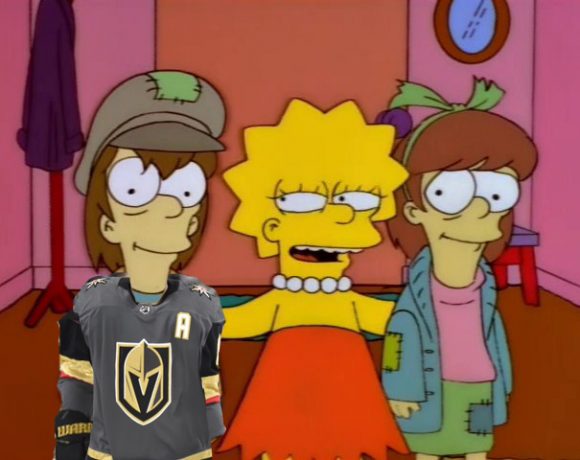