Game #39 – Islanders vs. Hawks – All This Useless Energy 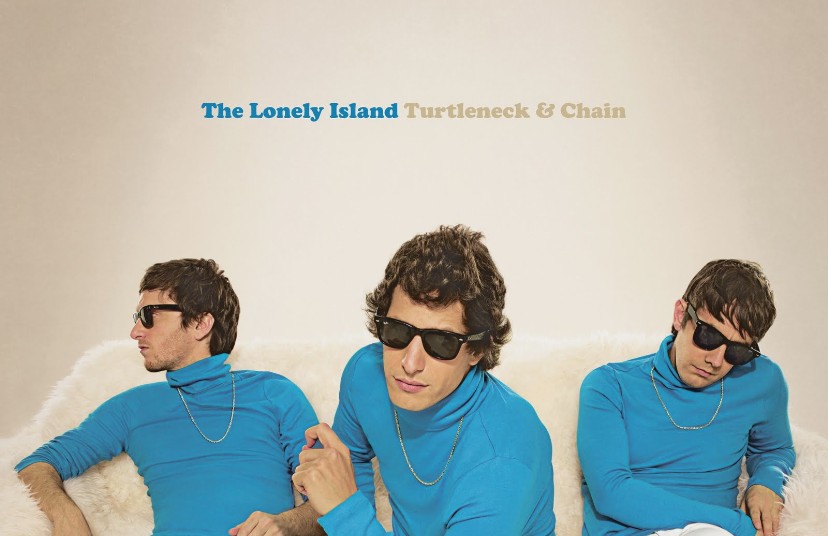 It’s been spoken of many times previously on our various stops along the information superhighway, but the long held Boxing Day (and now Day After Boxing Day thanks to the CBA) quasi-tradition of the Hawks playing at home generally tends to be one of the more energetic affairs on West Madison, even dating back to the dark ages of the late 90s (entirely different era). UC denizens are generally stir crazy from a week cooped up with relatives and/or early hungover wakeups to see what Santa brought, so the opportunity to get out of the house and just yell shit at hockey players offers a decent catharsis. However, with Barry Trotz’s visiting Islanders in town, the action on the ice may in fact feel more like a noose tightening around the necks of those present.

If there is an upper-tier of our binary scale of Moron/Not A Moron coaches, Barry Trotz is assuredly in the team photo, and the last two years on The Island may have cemented that fact even moreso than his Cup with the Capitals in 2018. Nosferat-Lou Lamoriello opted not to pay top dollar for departing captain John Tavares the summer of Trotz’s arrival and left him with, well, an Island Of Misfit Toys (sorry). All Trotz has done since then is take a .650 points percentage and get the Islanders out of the first round for the first time since literally the Reagan administration by trapping the hell out of the opposition and relying on excellent goaltending, which he’s gotten this year again, albeit from one CHUD in Thomas Greiss and an abusive criminal in Semyon Varlamov given that Robin Lehner is here now after a Vezina finalist campaign last year with Trotz. In a strict platoon scenario much like there is here, both goalies are sporting even strength save percentages .930 or above, with Greiss being slightly better overall at .924 to Varlamov’s .919. It appears to be Varlamov’s turn in the rotation, as Greiss lost to the Jackets before the holiday break, though last time out, Vodka Drunkinsky gave up 5 goals in regulation and ultimately lost in the shootout to the Ducks last Saturday.

In front of the goalies is a deceptively mobile blue line despite Johnny Boychuk’s presence still on the de-facto top pairing with the erstwhile Nick Leddy. With Scott Mayfield in and out of the lineup recently, Adam Pelech and last year’s first rounder Noah Dobson have formed the second pairing, while Devon Toews (no relation) and Ryan Pulock form the third. No individual defenseman nor any of their respective pairings are above water in terms of the shot attempts balance sheet, but there is a fair amount of mobility here to at least recover loose pucks, and Pulock has an absolute ion cannon of a slapshot that he likes to unleash on the Isles’ somewhat shockingly competent, top-10 (barely) power play.

Up front, much of the scoring burden has fallen to the top line of Mathew (get a second T, dipshit) Barzal, Anders Lee, and gap-toothed bizarro Patrick Sharp Jordan Eberle. Barzal leads the Islanders in every conceivable offensive category, just shy of a point-per with 16 goals and 16 assists while facing the top matchups nightly. As a result the second line centered by Brock Nelson featuring Anthony “Lou Made Me Change My Number Because He Is An Intractable Weirdo” Beauvillier has been fairly productive, with Nelson sitting on 28 points and Beauvillier on pace for a career high in goals. Derick Brassard is also here, because of course he is. Josh Bailey has recently found his way to the third line, but given the success he’s had in the past with Barzal, that probably won’t last too terribly long. To fill out the bottom six pecker-head quotient, the Isles should be dressing both Casey Cizekas and Leo Komorov and his stupid visor tonight, while Cal Clutterbuck mercifully remains out of the lineup.

As for the Men of Four Feathers, reports out of the morning skate seem to indicate a pall cast over an already dismal team given the news of Brent Seabrook’s shut-down/surgery/being guided to the slaugherhouse floor, as players are already talking about him in the past tense. This is a far cry from the anger and frustration that was coming out of the room in the aftermath of one of the Hawks’ more impressive pants-shittings this season (and there have been plenty to choose from) on Monday night against the Devils. The necessary lineup changes coming in from the morning skate today don’t exactly inspire much confidence, with Slater Koekkoek slots back in with Adam Boqvist unable to go tonight after whatever happened on Monday, and whatever it is John Quenneville does is going to be done on Jonathan Toews wing opposite Dom Kubalik, because why not? Strome gets reunited with Garbage Dick, but they’ve still got Mitch Nylander making bad decisions on the other side. And of course, Robin Lehner gets his revenge game, and it’s undoubted that he will have full of Brain Genious Thoughts afterward, regardless of the outcome.

Recently, Sam has remarked than any team or coach that comes in with an actual plan against the Hawks generally clowns Jeremy Bevington and makes his team look utterly hopeless, and there is no coach who has a clearer or more dogmatically executed than Barry Trotz and his Islanders. While the Islanders are not a good possession team due to the passive nature of the traditional trap, the Hawks have neither the patience nor the puck movers to break it, and against the Isles’ goaltending this year, it takes a volume effort of shots on goal to get enough of them past whichever dickhead is in the crease. All that being said, given the new CBA rules on travel surrounding the holiday break has created some weird travel schedules and has upset rhythms in the past, so something wacky could happen. But if your team has to count on wacky to have a chance, then your team probably blows. Time to throw another yule log on the fire. Let’s go Hawks.

Careful What You Wish For – 1st Round Preview: The Blues Forwards Pt. 2 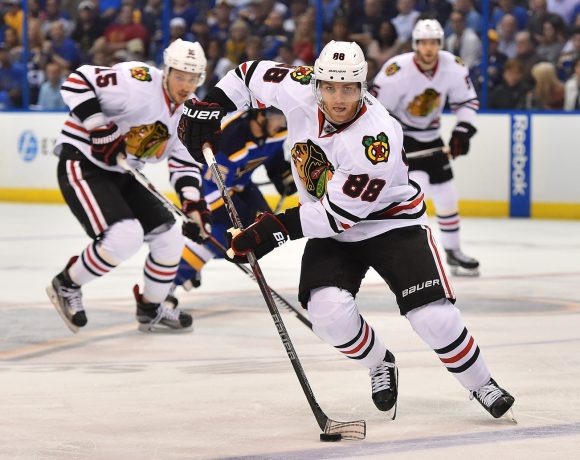 Cinch It Up & Hunker Down