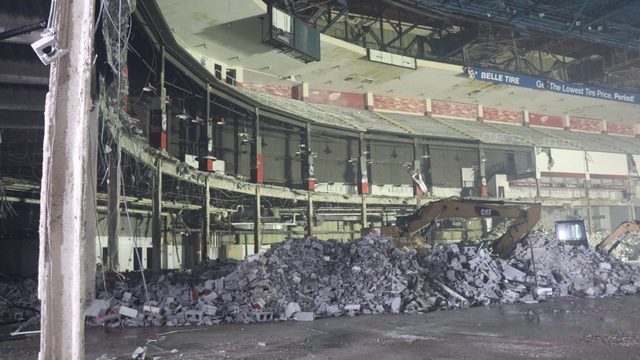 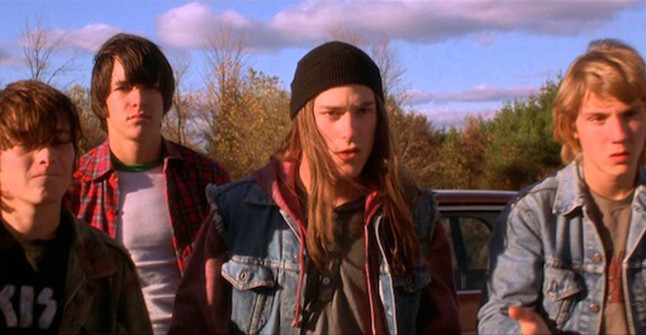 GOTTA LOSE YOUR MIND: Winging It In Motown

As we comment every time these two meet, it used to mean so much. This was one of the NHL’s deadliest rivalries, at least among the fanbases. On the ice…well, it wasn’t a rivalry for much of the last 30 years. The Wings rose above where the Hawks could ever dream of getting in the early 90s, and only at the very end of their reign did the Hawks stare them in the eye. And that was almost 20 years later. And quickly the Wings faded away, and ran off to the Eastern Conference so Mike Ilitch wouldn’t have to stay up so late and risk shitting himself. Much of the heat has gone, and what’s left is basically from memory. The younger section of the fanbase will never know the vitriol and bile this used to have. And maybe that’s a good thing.

If it was still there, this would resemble their tangles in the 80s, when both teams were either terrible or just good enough to be chum for the Oilers. It all goes in cycles, I suppose.

If it does, the Wings are certainly at the bottom of theirs. In truth, Detroit probably needed to do this a few years ago, but kept trying to desperately crawl and cling to the very bottom rung of the playoffs, with signings like Trevor Daley or Frans Nielsen or some others in the past. But it didn’t work, and now this is the full tear-down. They’re still committed to Justin Abdelkader and Frans Nielsen, love letters from Ken Holland, but every other vet is on his way out no later than this summer. Steve Yzerman will hope to flog a couple of them at least for any pick or prospect he can get.

Of course, that means what’s on the ice is truly awful. The Wings trail everyone by at least 13 points in the NHL. They have yet to crack double-digits in regulation wins. They’re last in goals for, and last in goals against. That’s how you bottom out, folks! And they can’t even argue they’re somewhat unlucky to be this bad. They’re second last in Corsi, and second-last in expected goals. They’re last in shooting-percentage, and third-last in save-percentage. What the Wings do well you can put in your pipe and smoke it and not have nearly enough to pass around. This is a truly wretched outfit. And it should be.

Did I mention they’ve lost seven of eight? Or 17 of 20, all in regulation? Try to contain your sorrow, I’m sure you’re just dying inside. Also, though +/- is a bullshit stat, it’s hard not to gawk at Andreas Anathasiou’s -35 in half a season and wonder just how the gods could allow such a calamity.

All of this means the Hawks can’t fuck this one up. The Wings have no defense and they have an attack that even the Hawks should be able to repel. Even if the Hawks aren’t all there mentally, even they could get a win in second gear here. This is the free spot on the Bingo card. If you don’t let Dylan Larkin go off the leash, this team can’t score. The corpses of Valtteri Filppula and Nielsen are still around. Luke Glendening is like 49 years old now. They’re even beat up, as Anthony Mantha and Andreas Athanasiou are both hurt and are two of the few who don’t come with mittens pinned to their jackets.

For the Hawks, Robin Lehner and Zack Smith missed practice yesterday, as that nasty fall Lehner took against Vancouver came home to roost. So Corey Crawford finds his way back into the lineup. Everything else wikk remain as it was.

The Hawks have a nice row of home games here, though they’ve been mediocre at home all season. The Wings blow more than anyone has blown in a long while, they just outplayed the Flames, the Predators are seriously trying to get Peter Laviolette to the unemployment office, and the Ducks aren’t any good either. It’s all set up, but first you have to hit the hanging curveball. Don’t foul it off your foot.