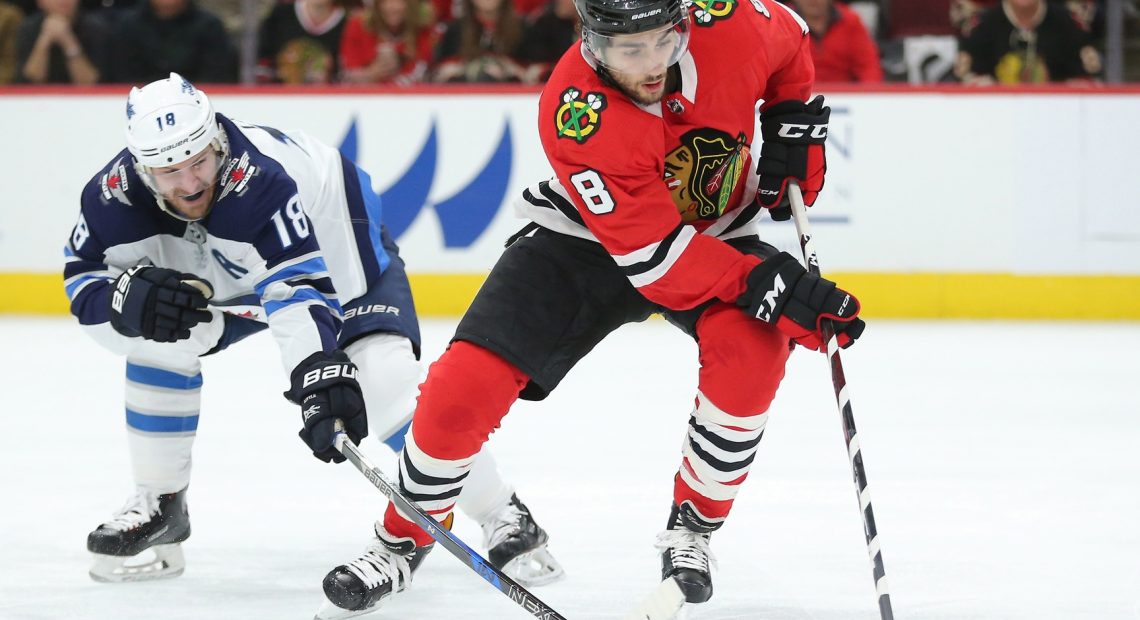 Remember a few years ago when the Hawks were really truly good, and they’d lose some dumbass game to some dumbass opponent that you knew they should have won, and you thought to yourself, how are they losing this right now? Well, it appears we’ve become that dumbass opponent for the seemingly-legitimately-good Jets. To the bullets!

– Let’s get right to the new guy: Anthony Duclair had a solid first game as a Blackhawk. He sported a 57.1 CF% at evens (70 CF% in all!) and got an assist. And overall, the third line was fast and kept the puck in the offensive zone. It was Duclair maintaining possession in a sequence that got it to Top Cat, who got it to Murphy, who got it to the net with Kampf redirecting it in along the way. A speedy and skilled third line? Please and thank you.

– Speaking of the third line, David Kampf had a big night (and on his birthday too, yay). The aforementioned redirection was his first NHL goal, and he got an assist on Rutta’s goal as well. Everything I just said about the third line, I would repeat here (don’t worry, I won’t).

– Kyle Connor on the Jets was snakebitten tonight. Dude had three points in his last game (granted, it was against the Sabres), but the correction came tonight. Oesterle and Glass both foiled his breakaways in the second period.

–Which brings me to: the defense had some flashy plays tonight. Forsling was the proverbial bat out of hell getting down the ice to save what would have been an empty net goal in the first. Duclair had drawn a penalty and Glass left the ice but the puck, as they say, squirted loose (I hate that characterization) and was hurtling toward the open net, and Forsling hurtled himself faster to pull off a last-second save. Then, in the second period Oesterle was marooned with a 3-on-1 as he came off the bench, yet he managed to poke check Kyle Connor while laid out on the ice. Connor Murphy’s huge shot led to the first Hawks goal. (Way too many “Connors” in this game.) And Jan Rutta scored a soft goal that you can be sure Hellebuyck will see in his nightmares.

Now make no mistake, Forsling and Rutta had plenty of dumb-fuckery in the defensive zone, and Seabrook fumbled a pass into a turnover also in his own zone (which Foley and Konroyd of course spun as a positive thing when he managed to scrape the puck out of the crease), but at least we got some relief from the defensive circus with some acrobatics that were actually landed.

– I know Jeff Glass only gave up one goal, but you’re still not going to convince me he’s an NHL-caliber goalie (he’s a nice guy, it’s a great story, I’m not arguing that). He certainly shouldn’t have been the first fucking star. Oesterle in particular bailed him out multiple times tonight—he deserved the damn first star. In general Glass’s positioning is just wonky, for lack of a better term. Yes he kicks out a leg to make a second stop but it’s because he’s lunging all over on the first stop or giving up rebounds. I get nervous any time the puck comes near him because he’s shimmying like a backup dancer for Tina Turner.

However, the Hawks need every point and especially when they’re playing a division opponent, despite the fact that they won’t come close to catching this one but hey, whatever. Ideally this will give them some momentum going into Sunday when they play the crappy-ass Red Wings, and we can hope they don’t have a repeat of what happened earlier this week when they followed a win with a foolish loss to a team that’s not any better than them. Good start to the weekend; onward and upward. 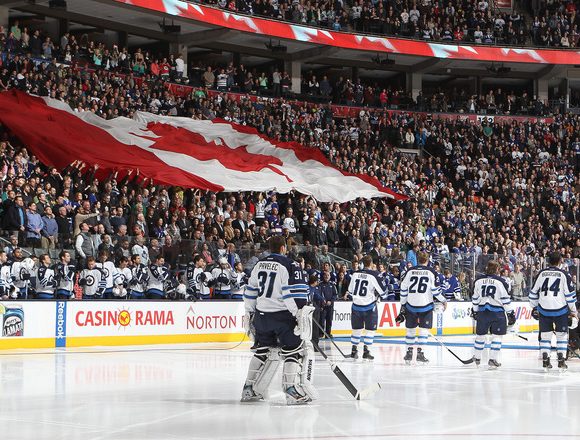 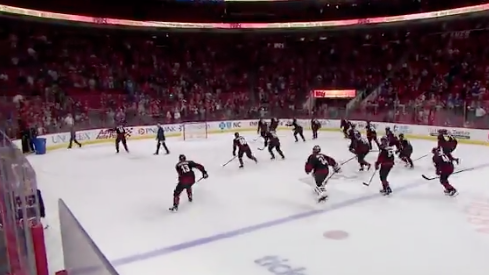 Game #16 – Hurricanes vs. Hawks Douchebag Du Jour: Anyone Against The Canes Celebration