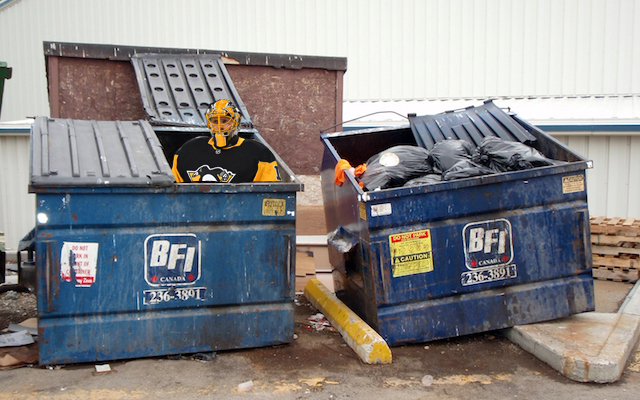 So here’s a scenario for you, and one that you might want to prepare for. Matt Murray can’t ever dislodge Casey DeSmith from the starter’s role in the Penguins crease. Because of the mediocre nature of the Metro, and the star power of the Penguins, they could get to a conference final without a huge struggle. And the narrative will of course be how the Penguins unearthed yet another young goalie, and how they just keep going like a machine. “How do they do it?” everyone will ask. Worse yet, DeSmith may get lauded heavily, and perhaps even touted as a redemption story.

That’s because Casey DeSmith is a piece of shit.

As University of New Hampshire, DeSmith was arrested for viciously beating his girlfriend while drunk. He repeatedly jumped on her, as well as punching her. DeSmith was suspended and eventually dismissed from the UNH program. DeSmith was able to avoid jail-time by going into alcohol and anger counseling, as well as community service under a diversion agreement.

Of course, you’ll never hear this mentioned about DeSmith, as most hockey media will dismiss anything in college or juniors as “boys being boys.” That doesn’t mean that DeSmith should be barred from playing hockey or even the NHL, given that the case is now closed. Though it makes one wonder why the Penguins were in such a hurry to sign him.

But it should be a part of any story about DeSmith, but it never is. It’ll be cataloged as an “obstacle” that DeSmith had to overcome on his way to NHL glory, no different than an injury or struggling play or the like. DeSmith can be a successful goalie, and we can separate what he did from that. But what shouldn’t happen is that being ignored, and given the disgusting nature of his crimes, it’s something he should have to carry as well. If the NHL and the media alike were ever serious about this issue, he would.

But listen to any broadcast struggle to talk about Austin Watson now, and you know we’re a long way from that.

The Voice Of Many Colors Sings A Song That’s So Bold: Hawks at Wild Preview/Manicure 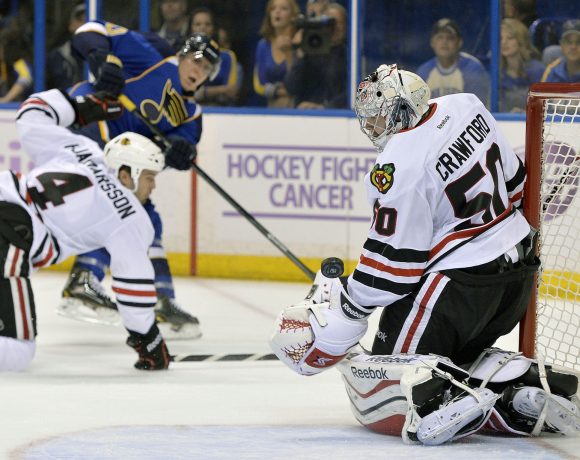