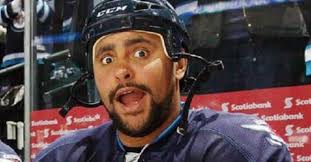 You’d think eight seasons would have been long enough for any nostalgia or wistfulness about Dustin Byfuglien to subside and disappear around these parts. But of course you’d be wrong. As the Hawks push THE NARRATIVE themselves that they lack the character “Annette Frontpresence,” the songs and fountain wishes for a Byfuglien clone appear once again. Even though Buff hasn’t played forward in seven seasons either.

Here’s the thing. Buff wasn’t really much of player for “Annette Frontpresence.” We recall big series against Vancouver and San Jose. But hey, shouldn’t you score when you get on a line with a young Patrick Kane and Jonathan Toews? For all the glowing memories, Byfuglien scored 17 goals that year. Phil Esposito he was not. He wasn’t even as good as Troy Brouwer. And everyone hates Troy Brouwer. Buff was a position blackhole here in Chicago, and rarely could keep up with his faster teammates. He got hot for like 10 days and that colors his whole career here.

Buff’s rep in Winnipeg is just as strange. While you think of him as a swashbuckling d-man who gets up and down the ice with his booming shot, the truth is that he’s been a dirty, defensively ignorant player for most of his career there. He’s been suspended once for a crosscheck to the head of JT Miller and should have had one or two more for railroading much smaller players from behind. It’s rare that a d-man is accused of flying the zone early, and yet Buff does it once per game at least.

That said, it works. He’s put up 45+ points the past four seasons, and his metrics are in the positive despite all his uncaring when the play comes in his team’s half. And now the Jets are probably slotting him right where he needs to be, with Trouba and Morrissey taking the hard shifts and Buff free to clean up against various bums and clowns who can’t punish him for going all Braveheart at Falkirk whenever there’s the slightest opening.

But don’t worry. When the Jets finally play an important game this spring, Buff will leave an opening for a killer goal or take a dumb penalty that the Jets can’t have. Lest you forget Ryan Kesler traipsing deliriously into all that open space for four games in 2015 the last time the Jets made the playoffs.

Editor’s Note: This was written before we found out Byfuglien was a regular at one of our favorite bars, Four Moon Tavern, and hence we retract it all.

Tags: Dustin Byfuglien not what you remember Winnipeg Jets

Fleeing The Herd and Other Thursday Notes 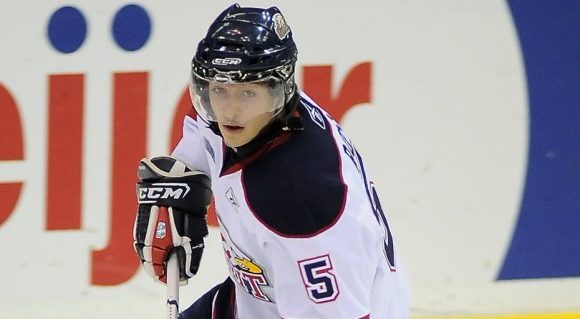