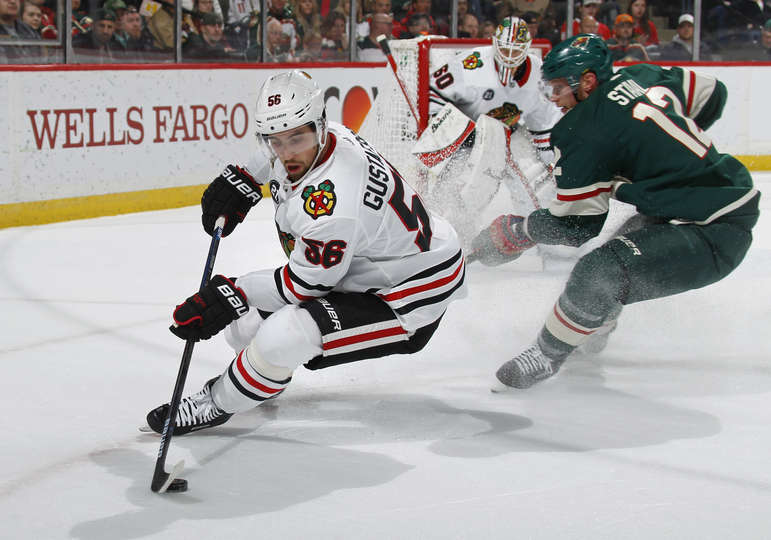 – This game didn’t even become noticeable until mid-way through the second period. It wasn’t until Alex DeBrincat scored that the Hawks seemed to realize they were playing a real live game, but once Top Cat tied it up they actually started keeping the puck in the offensive zone and pressuring the Wild. In truth, Stalock was giving up a lot of rebounds in the middle part of the second period but the Hawks never had a man in the right spot, basically right at the top of the crease where the rebounds were just hanging. However, Cowboy Gustafsson had a slapshot to take the lead late in the period, which was not only exciting just for them having the lead, but it seemed kinda sorta like an offside play had set it up, so Brain Genius Boudreau challenged it. There was nothing even resembling definitive evidence that it was in fact offsides, so the Hawks not only got the goal but also a power play. Nothing came of the man advantage, although DeBrincat was very close to scoring on an open net and just whiffed on it. This was emblematic of the game—the Hawks almost doing something really cool, but really we just chuckled at Bruce Boudreau being stupid and looking like a reddened zit about to pop.

– But Gustafsson had himself a night! Two goals, including the game winner in OT, which was technically a power play goal as well. He had a total of four shots, about 22 minutes TOI, and a 55 CF% despite playing over half the night with Gustav Forsling. There were even moments where he poke checked and made actual defensive plays. There were a few of the usual miscues, but overall he just raised his trade value by about 700%.

– The power play continued to work, despite taking a couple tries to get there. They went 2-for-5 on the man advantage, although the second goal came on a power play in overtime at 4-on-3, so take that with whatever size grain of salt you want. The first power play goal was off a lovely pass from Kane to Toews who was hovering right at the goal mouth and tapped it right into an open net with Stalock going the other way. It was textbook.

– The Hawks only gave up 31 shots tonight, so that’s…an achievement? I’m going to say yes, yes it is. Seeing as they were underwater in possession in both the first and the third periods (43 CF% and an even more dismal 29 CF%, respectively), we’re gonna go with hey that’s neat, they didn’t give up 40 shots.

– Duncan Keith‘s give-a-shit meter was around 1.2 tonight. He had a couple really lazy turnovers and a dumb tripping penalty in the second…none of this is new but it’s still a mix of irritating and depressing. With Seabrook he had a 38 CF%, and only a 42.4 overall. Woof.

Essentially this was an even matchup of two mediocre teams. It was downright boring early—even Perlini’s penalty shot, the one thing that might have been interesting that period, was crappy. Delia made some excellent saves and was certainly better than Stalock, but a .903 SV% isn’t actually impressive in its own right. Whatever, it’s fine, the Hawks got the two points and are somehow managing to claw their way closer to a wild card spot so…we’re into this? Onward and upward. 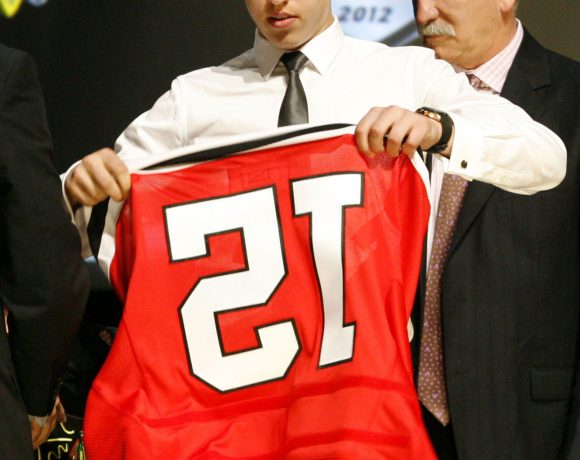 All Lost In The Free Agency Market: Defensemen 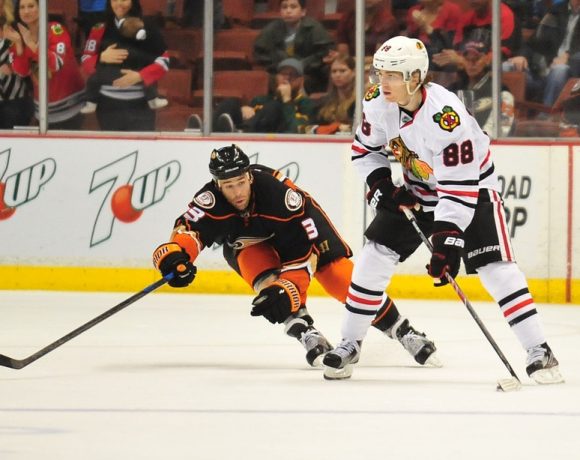