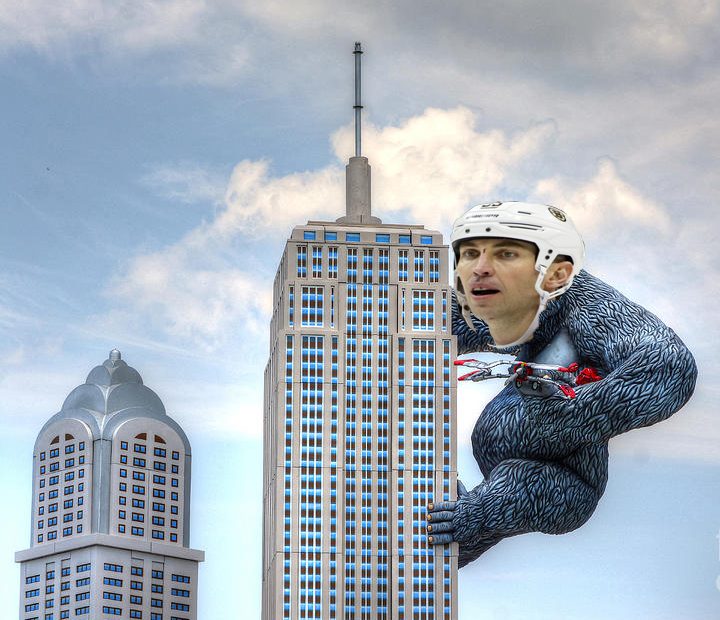 In our Hedley Lamarr segment today, we proposed that come the summer, whenever the season ends for the Bs (after beating the Leafs in the 1st round of course) it’ll be up to the organization to tell Zdeno Chara it’s time to go. Hell, if the Hawks can do it to Brent Seabrook, right? Because the numbers aren’t kind to Chara so far this season. And we’ll come back around to this.

The argument went that Chara was exposed in the playoffs last year, as tends to happen to 41-year-olds who are playing NHL hockey for seven and eight months. The Corsi and xG%s were the lowest of his career in the postseason last year, and the past two postseasons has seen him be on the ice for more attempts, chances, and expected goals against than ever before. He’s played every game this year, so it’s hard to see how the Bruins are going to keep him fresh for another run through April and May.

That seemingly has carried over into this year, where again, Chara’s metrics are the worst of his career. And he appears to be dragging down Charlie McAvoy as well, who is supposed to be the Bs main puck-mover. McAvoy hasn’t scored this year, and his possession-numbers are also the worst of his career. And both of their metrics are off while spending most of their time behind Pastrnak, Marchand, and Bergeron. That’s not good.

But dig a little deeper, and you get to where the hockey-analytic movement has a gap. McAvoy and Chara are starting the least amount of shifts in the offensive zone than they ever have. Chara is starting just 34.5% of his shifts in the offensive zone, and nowhere else in his career has that ever been below 42%. And usually in his time in Boston, he’s been around 50% there. If you go by starts, which includes more than just faceoffs, it’s just 33%. That’s never been below 41% in his career. He and McAvoy are something of defensive stoppers now.

So how do you judge sinking possession numbers when they’re starting their shifts in different areas now? That they have to go the full length of the rink to generate attempts and chances instead of just halfway or less? That their opponents are starting much closer to the Bruins net than they did before with Chara on the ice? There’s isn’t a slide for that yet. There’s isn’t a ballpark adjustment. There’s isn’t a wRC+.

And at the end of the day, Chara is on the ice for 1.9 GA/60 at even strength, which is the lowest mark since 2013-2014. They still decide who wins by who scores more, or who scores less. The Bruins get amazing goaltending from either Rask or Halak, so that’s part of it. Chara is on the ice for more attempts against than he has been in years, but his xGA is the lowest it’s been in four seasons. So even with those dungeon starts, he and McAvoy have limited chances better than they have before. Maybe it’s not time to call time on Chara yet.

You can see where if the Bruins win the Cup, Chara can ride off into the sunset, as the only Bs captain to raise the Cup twice since Orr. He’s already the only one to do it once since Orr anyway. The Bs aren’t really that capped out, with $19M in space now and only Krug, Grzelcyk, and Debrusk as probably-should-keeps, and Krug is debatable at that level. Halak is FA as well, but you can find a #2 netminder lots of places.

Chara and the Bs will know the answer by how he plays in the playoffs. If a team scars him like the Blues did last June, then we’ll know it’s time to go. And if no one does and he wants to play some more, maybe it’s not that clear of a refusal. 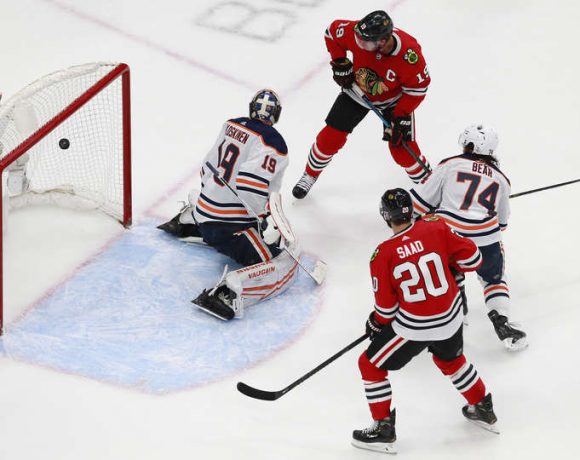 Play-In Game #3 – Go Off On Somebody So That Hell CAN Break Loose On Your Ass – Hawks 4, Oilers 3 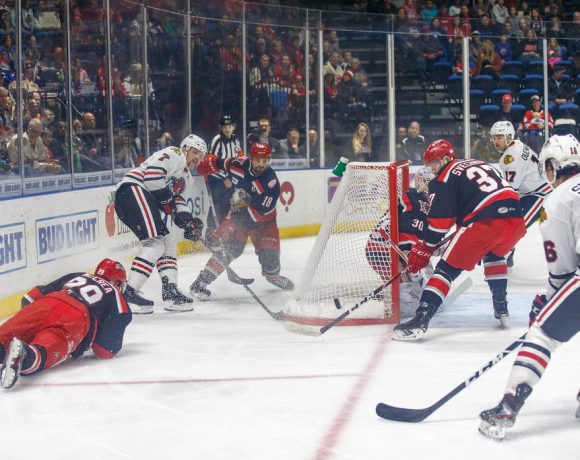 High On The Hog: The Kids Are Now Running The Farm 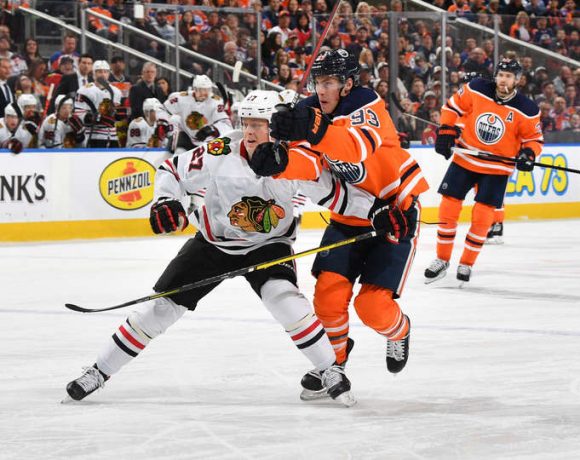