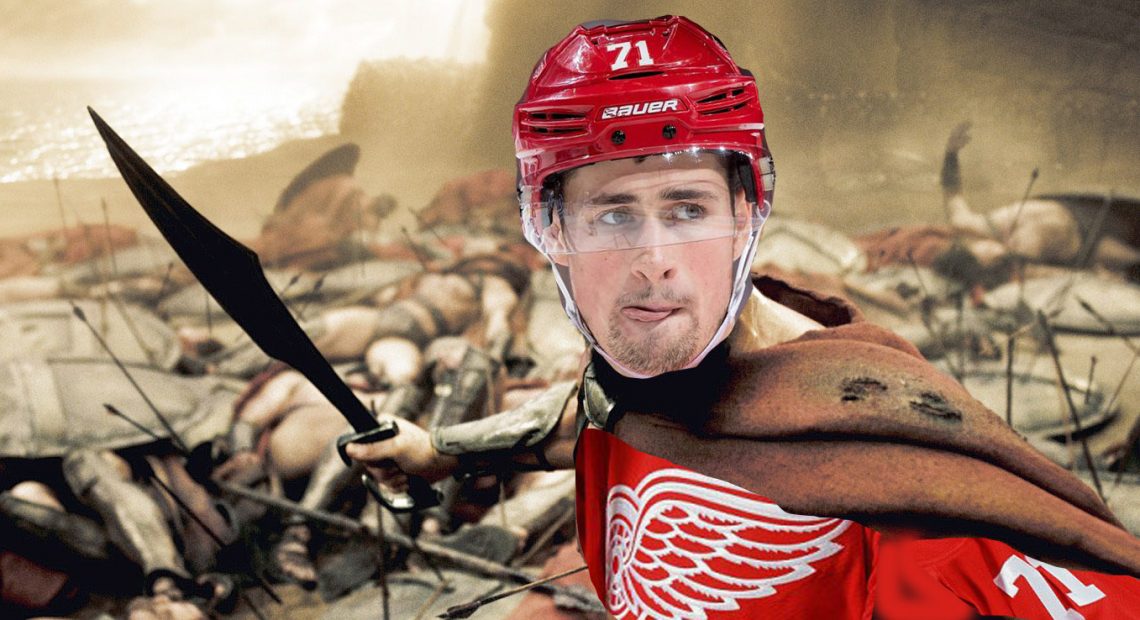 We can thank Dylan Larkin for one thing. And that’s putting end to the always-horseshit “The Red Wings Let Their Prospects Overmarinate” myth. The hockey media peddled that fucking thing for like a decade, and it eventually turned out that the reason they did all that is their prospects were middling at best, fuckwits at worst. Or did Tomas Tatar, Tomas Jurco, Anthony Mantha, Xavier Ouellet, Luke Glendening, and a host of others go on to redefine the sport and we just missed it?

Larkin was one of the few who never spent a minute in Grand Rapids, breeding ground of legends apparently, because he’s an actual player and quite possibly an actual star. Larkin went straight from Ann Arbor to Detroit, and put up 45 points as a rookie on the wing. He further proved that chances are if you’re worth a shit, you get to the NHL directly and quickly and don’t need “seasoning” on the bus in the AHL, especially at forward.

Larkin’s future was always at center though, and his move there proved rocky at times. He had the husk of Henrik Zetterberg to shield him as best he could, but his first attempt in the middle led to an unsightly -28 and just 32 points, while carrying a 44.3 xGF%. The learning curve was steep, let’s say.

Things improved last year, as Larkin set a career-high with 63 points, improved his metrics to above the team-rate, as the Wings finally put him with a non-pylons, ones like such as Tatar or Mantha, and put speedster Andreas Athanasiou with him.

This year things have taken off, as without Zetterberg around Larkin has joined Gustav Nyquist in his contract-push (or trade-push), and they’ve combined to make Larkin one of the more effective centers around. He’s almost at a point-per-game, with 51 in 53 games. And his metrics are glittering. Larkin’s relative-CF% is fifth in the entire league, and second among centers behind only Sidney Crosby. His relative-xGF% is in the top-20, and fourth among centers in the league behind Kevin Hayes, Crosby, and Patrice Bergeron. Not terrible company to be around.

As the game speeds up, that should only suit Larkin more, whose main weapon has always been speed. Larkin has benefitted from slightly cushier zone-starts this year, but not slanted terribly in that direction. Imagine what he could do if he literally had one d-man who could get the puck up to him consistently, which the Red Wings don’t currently possess.

Moving forward, getting Larkin on an extension before William Nylander reset the market is going to be a boon for Detroit. Larkin is only making $6.1M for the next few years, which for a #1 center is nearly criminal. It also helps cancel out some of the galactically dumbass deals Ken Holland has handed out in recent years, such as Justin Abdelkader‘s, or Frans Nielsen‘s, or Danny DeKeyser‘s. The Wings don’t really have anyone to pay up this summer, unless they decide they want to re-sign Nyquist for some reason. The year after should get interesting when Anathasiou comes due after getting screwed over by the team last time he needed a deal, as well as Bertuzzi the Younger.

Still, with Larkin looking like a top line center, Filip Zadina arriving next year along with another top-five pick (most likely, and #1 if the NHL can rig it so which you know they will, because Jack Hughes must stay home), and the Wings might not be the figure-of-fun they’ve been lately. Which is really sad for everyone. 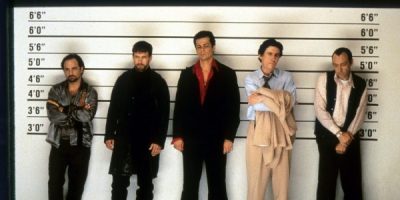