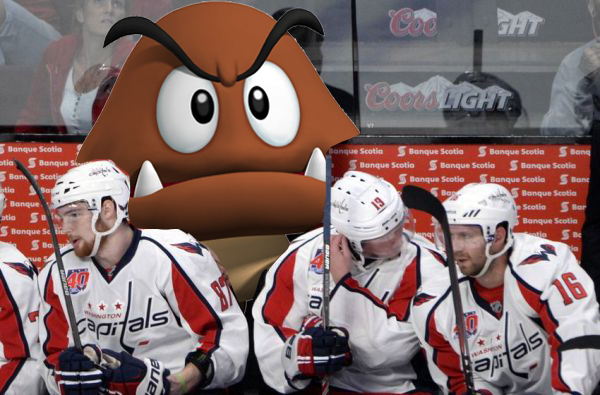 Barry Trotz has been one of our favorite pin cushions since we started this madness, not just because he kind of looks like one. His Predators teams tended to drive us nuts, and then their fans drove us nuts because they kept claiming they didn’t trap. And now Trotz has etched his name right next to Bruce Boudreau’s in Capitals lore, coaches of great teams that kept finding ways to burf in the 2nd round of the playoffs.

Because of that, you probably didn’t realize how good Trotz’s record is as a coach. Once the Predators actually came of age, back when the NHL made expansion teams earn it, since ’03-’04, 11 of 14 teams of his have reached 90 point or higher. 10 of them made the playoffs. He’s fifth all-time in regular season wins. He’ll go down as one of the greatest coaches of all time, in that sense.

And yet… in hockey, no one cares if you don’t make it count in the spring. Trotz’s teams have never seen a conference final. Some of them most certainly should have. The 2007 Predators and 2012 Predators probably should have. The past two Capitals teams almost certainly should have. Maybe Trotz can’t help running into Mike Smith the one season he had taken eye of newt and became a different being. There isn’t much Trotz can do when Braden Holtby’s level drops just enough to be surpassed by Matt Murray. And yet we keep saying these things about Trotz and his teams, don’t we?

And now Trotz finds himself in the last year of his contract, something you don’t see coaches get to very often. It feels like this year, he’s either got to break through or he’s out. One wonders how many coaches the Caps get to try before they have to start all over. They’re not there yet but they’re getting closer.

That doesn’t mean that Trotz should be written off completely. Because there’s another coach who was thought of the A-t0-B-but-not-C guy. He had coached nine playoff teams with two organizations without ever seeing a Final. It was thought he couldn’t find a way to get through either. You might have heard of him. Joel Quenneville. On his 11th playoff team and 13th season of coaching, Q finally broke through. It can take that long.

Which makes for an interesting discussion around these parts, does it not? If this season ends in a divorce between Quenneville and the Hawks, and if another shortened spring means that Barry Trotz doesn’t get another contract in Washington… would he be a candidate here? He’s certainly familiar to the Hawks after his years in Nashville. He would have the instant respect of players who know his name and methods, something to not be underestimated when you’re dealing with a roster that has multiple multi-Cup winners on it. His Caps and Preds teams, at least at times, played a style that meshes with what the Hawks want to do.

But that playoff record. It didn’t scare the Hawks off Quenneville, although that was for an organization and fanbase that didn’t really know any better. It was also with a powerhouse roster, which any new coach wouldn’t get here. Now the Hawks and their fans are at least slightly more clued in. Would they accept a coach who hasn’t “gotten it done?”

A discussion for somewhere down the road.