Game #61 – Hawks 4, Red Wings 4, Hawks Win Belching Contest – I May Be Going to Hell in a Bucket, but at Least I’m Enjoying the Ride 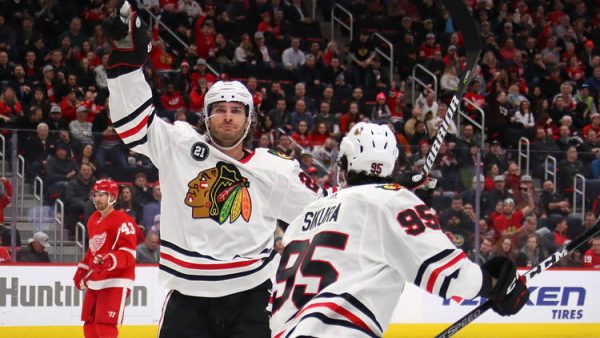 This game is a perfect example of why the Blackhawks aren’t actually a good team, despite fancy numbers like wins and point streaks. They blew a three-goal lead in the third against the flotsam that is the Detroit Red Wings, or really, because the two good players on the Wings were able to score multiple times against the entire Hawks lineup. The Hawks’ possession, shots, and general defensive effort were awful, and had they been playing a team that was marginally functional, they probably would have lost. Let’s get to the bullets:

–The Hawks started strong for the most part. They had a few shots given up really early, but ended up taking control of the first period and jumping out to 3-1 lead. Anisimov caught Jimmy Howard being lazy and dumb and scored on a wraparound, Saad torched Niklas Kronwall—whose level of speed can only be generously called glacial—and scored his 21st goal, and then Dylan Strome had a patient, gorgeous pass to Top Cat who buried it. Their possession at evens wasn’t stellar (exactly 50 CF%) but they had the numbers that counted.

–They started to take their foot off the proverbial gas pedal in the second, even though Kane increased his point streak and extended the lead to 4-1. By the third period they were in full-on blowing-the-game mode, despite being barely above water in possession (52.3 CF%). Dylan Larkin and Andreas Athanasiou pretty much scored at will, and fucking Anthony Mantha had assists on all four goals. This points to the fact that Coach Cool Youth Pastor still has to either get the team to listen to him or take him seriously, or at least give half a fuck, when things are going well.

–Drake Caggiula got one of his eyes gouged out by Toews’ stick in the first, and he didn’t return the rest of the game. Now, I’ve shit-talked about him plenty, and I still believe he’s basking in some reflected glory by playing on a line with two Hall of Fame’rs having fuck you years, but honestly this isn’t a good thing in any way. Regardless of the reasoning he fit in well on the top line and with Kampf hurt we don’t need to lose any more forwards. Granted Brandon Saad replaced him, and he certainly deserves to be on the top line, but this isn’t the way you want to see it happen.

–The Hawks managed just 20 shots on goal…but hey, they gave up fewer than 40!

–Relatedly, Gustav Forsling looked particularly dreadful tonight. He was constantly standing around not knowing what to do or where to go on most of the Wings’ goals. He finished the night with a 37.5 CF%, and while no one was exactly sparkling with possession tonight, even Slater Koekkoek had over 50%. He was painful to watch and unfortunately I imagine most teams and their moronic GMs are noticing that too.

–Cam Ward did make some good saves throughout the night, but he still finished with an .886 SV%. I’m not even going to sit here saying Delia would have been better because who the hell knows these days, but while Ward wasn’t solely to blame for giving up the lead, he never inspired much confidence either.

–Mike Tirico did the play by play for the first time and was perfectly suited to it. He handled Eddie well, and we fortunately were spared Pierre McGuire doing something idiotic or tone deaf like reminding him not to be a fan.

At the end of the day, the Hawks got the two points and this week remains interesting. So all’s well that ends well, but I gotta say that giving up a three-goal lead to a collection of basement-dwellers doesn’t exactly bode well for this playoff push, or whatever this may be. Still, it’s a win, so onward and upward… 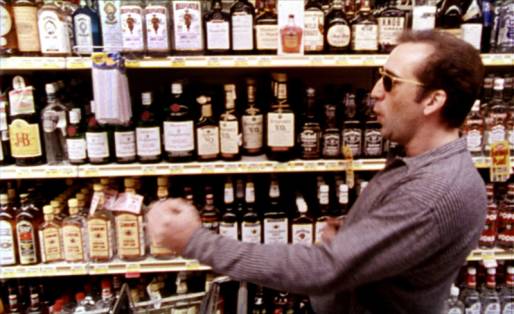