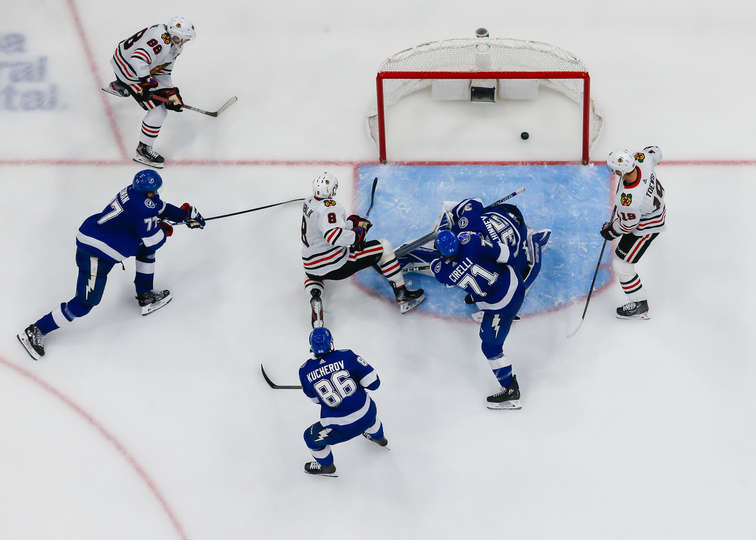 I have to admit that my expectations for this one were not high. Given the Hawks recent string of play, the fact that the Lightning are a far superior squad, and that they badly needed to get a win at home, I felt that this one could get ugly. In the second period, I thought I was being proven right, and then the final frame happened. I am happily surprised to be wrong. Let’s dig in:

IF KUBALIK LOSES THE CALDER WE RIOT

– Let’s start with our header, as Dominik Kubalik really spearheaded the offensive attack for the Hawks, outscoring the Bolts all on his own in the third period (okay, one was an empty netter but it counts all the same). Given the scouting reports about him and the Hawks’ success in finding some hidden gems in Europe over the years, there was little doubt that Kubalik was going to be a good NHL player, but I don’t think even the most optimistic Hawks fan expected this kind of season from him. He’s been riding a hot steak for damn near two months now with 18 goals in his last 22 games, and with his first career hat trick tonight he now sits just one goal shy of 30 for the year. With 18 games still to go and the hot hand he’s riding, he has a real nice chance at 35 goals and an outside chance at 40. Especially given how snake bitten Top Cat has been this year, that is very welcome.

– The real MVP of this one was probably Corey Crawford, though. Really, that shouldn’t surprise you anymore, but it’s true nonetheless. Crawford was great in the first period, as the game saw a lot of back and forth action and Crow went blow for blow on impressive saves with Curtis McElhinney. The second period was all Tampa, though, and Crow really stood on his head to keep the Hawks in it. Eventually the Hawks allowed a goal, but it took a nice play on a cycle by Brayden Point and a hell of a shot to beat Crow and give the Lightning the lead. On the second Bolts goal there was literally nothing Crawford could do to stop it, and we will get to that shortly. Overall, another great performance from Crow in a career and season full of them.

– As much as I admittedly dislike Jeremy Colliton and have fun making fun of the smoothness of his brain, I have to give credit where it is due – he made some nice adjustments on the power play tonight when it came to the strategy of the first unit. Early in the game it was evident that Tampa was going to pressure the absolute shit out of Patrick Kane every time he touched the puck on the PP, which Olzcyk called out on the broadcast. As the game went on, you could see the Hawks adjusting to try and use that aggressiveness to their advantage, and eventually they were able to do so – on Kubalik’s second goal, go back and watch the way Tampa defended it. The Hawks put Keith right in the middle of the ice on the umbrella with Kane on his left and Kubalik to the right. Tampa was so unwilling to leave Kane along, even on his weak side, that they left the forward on that side down low so he could pressure Kane if the puck went to him, forcing the other forward to skate way out of position to pressure Keith at the point. Duncs just went right back to Kubalik, who had a wide open shooting lane with that forward out of position, and with his shot that is a gift he made the most of.

– This next part is another comment on a PP adjustment by Colliton, but you can choose how you want to read it, and you’ll get what I mean in a moment. I don’t know the exact numbers here and am too lazy to go dig it up right now, but the Hawks second PP unit got a bit more ice time tonight, and that was the unit that actually ended up scoring the Hawks first goal to get them on the board tonight. Now, you can take that as an adjustment by Colliton to get another unit of good scorers like Boqvist, Saad, and Strome on the ice and being willing to give them more opportunity after seeing that it is working. Or you can wonder why it took him so damn long to actually start doing that more consistently, and the answer to that would be that his brain is smoother than a fresh paint job. I mean, even with the small amount of credit I’ll give him for utilizing PP2 more often, he also is putting Olli Maatta out there with that unit….

– Speaking of which, that guy fucking sucks. Remember that second Lightning goal I talked about that wasn’t Crawford’s fault? Yeah, that’s cuz it was Maatta’s. The only reason the Bolts even scored that goal is because Maatta received a pass from Crawford terribly and lost the puck, made no legitimate effort to find the puck and instead tried to body Nikita Kucherov away while standing flat footed which resulted in Kucherov winning the puck (shocker), and then Maatta just completely failed to follow him and lost track of him altogether, leaving him all alone deep in the zone for Point to find with a nice pass that Kucherov had all day to put into a wide open net, cuz Crawford never even had a chance to react to all of this because it happened so quickly. Get that guy the fuck out of here, and send Slater Koekkoek along with him.

– But I won’t do anymore negative. This was a good win, good enough to restore a small amount of faith in this group, even if I still don’t think they have any chance of making the playoffs and even if I think that losing more games than they win is the more favorable result for this team moving forward. You’re probably sick of me lobbying for tanking by now, huh?

– Hawks go next on Saturday, as they’ll head down to Miami to take on Coach Q and the Panthers. Until then. 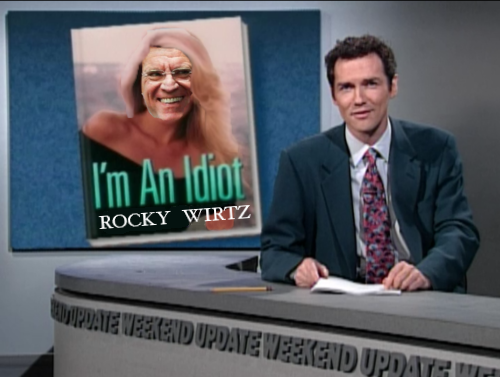 Game #68 – Hawks vs. Red Wings Preview: And Now The Sitter