It’s only been less than a week, so all of @ItWasThreeZero’s insane rantings still apply.

First look we’ve gotten at the Sharks. Somewhat comfortable in second in the Pacific, and yet we don’t know if they’re actually good? Are they good?

At this point the better question might be “is anyone in the Western Conference good?” Nashville probably is but unless William Karlsson and Erik Haula are gonna keep shooting at Mike Bossy levels for Vegas, the Predators might be the only legitimate Cup contender in the conference. The Sharks are clustered alongside eight or nine other teams with postseason aspirations and it wouldn’t be a surprise if they finished anywhere from second in the Pacific to 11th in the West and out of the playoffs.

The main issue with the Sharks is their lack of offensive firepower as most of their former high-end scoring threats are firmly in the “old as balls” and/or “signed a three-year contract with the Toronto Maple Leafs last summer” stages of their respective careers.  That said this is a deep roster that can capably roll four lines even in the midst of key injuries and has eight NHL options on defense. Combine that with good goaltending and strong special teams and you have a solid if unspectacular team. That might be enough to make the playoffs and even a win a round or two in the West this year.

Kevin Labanc has 31 points this season. Is he a thing?

Labanc is the most recent late-round gem the Sharks’ scouting staff has unearthed and he fits the mold of previous finds like Joe Pavelski. He’s a smaller dude and far from an effortless skater but what he lacks in size and speed he makes up for with puckhandling ability, vision and a heavy, accurate shot. Labanc scored over 250 points in his final two OHL seasons and was a point-per-game player as a 20-year-old in the AHL last year getting his first taste of pro hockey. The kid is legit and seems to have a bright future as a middle-six scoring winger. He’s basically Kirkland Signature Alex DeBrincat.

Timo Meier is getting his first serious run in the NHL. We know there are high hopes for this kid. What have you seen?

Everyone knows the Sharks should have taken Mathew Barzal 9th overall in the 2015 draft. What this answer presupposes is…maybe they shouldn’t have? Okay they definitely should have but that doesn’t mean their actual selection, Timo Meier, hasn’t been a valuable addition to the team. He’s a big kid who always showed a preternatural ability for generating shots in junior and that’s carried over to his nascent NHL career. He currently has the 20th best 5-on-5 shot rate of anyone in the league (min. 200 minutes) and while his actual finishing ability could still use some work he should flirt with 20 goals this year, which is all you can ask for from a 21-year-old winger in his first full professional season.

Joe Pavelski only has 15 goals so far. Is this anything more than Thornton being hurt for part of the season? He is 33, is this the decline?

Pavelski has actually scored five of those 15 goals in the 14 games since Thornton went down with a knee injury so it’s not that. In fact, he’s played his best hockey of the season since being moved back to his natural position of center in Thornton’s absence. Some of his decline in production can be blamed on injuries he was playing through earlier in the year but the reality is Pavelski, like many of the Sharks’ key players, has probably aged out of his scoring prime.

He’s still a useful player but it’s likely he’ll never score 30 goals again and that’s something Doug Wilson has to plan around this summer. Pavelski is still a big name and it might be worth it to the Sharks to get some future assets for him while they still can. On that note it’s a shame the NHL didn’t send players to the Olympics this year because the whining from Toronto over Mike Sullivan or whoever giving Pavelski more minutes than Auston Matthews would have been hilarious.

The Sharks finishing second means they’ll probably see a pretty flawed team in the first round. They then could get Vegas or a wild card if the bubble bursts on the Knights. Could the Sharks simply fall upwards to a conference final?

It would be the most Patrick Marleau thing ever to play through 20 years of increasingly painful heartbreak with the Sharks only to have them turn around and fall ass backwards into a Stanley Cup the year after he leaves, thanks to a weak playoff field and Steven Stamkos’ leg falling off or something. Now I’m convinced this is going to happen.

*Bonus New Question* What does the addition of Evander Kane mean for the Sharks?

Well in the very short term it means the Blackhawks won’t be the only team taking the ice at SAP Center tonight with a winger named Kane who’s been accused of sexual assault on their roster. Kane’s off-ice history makes him a difficult player to cheer for but on the ice his addition gives the Sharks a similar player to the one they lost when Patrick Marleau signed with Toronto – he’s a big fast winger who generates shots at an elite rate. Kane should help replace some of the offense currently missing from the Sharks lineup in Joe Thornton’s absence and, when Thornton returns from his knee injury, will give San Jose as deep a complement of forwards as any team in the West.

All The School Kids So Sick of Books: Blackhawks 3, Kings 0 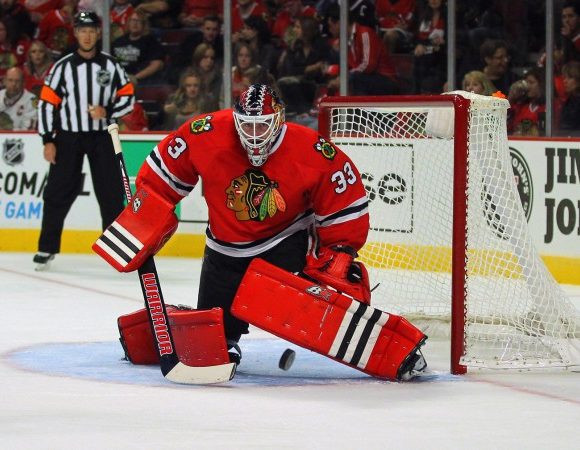