Game #66 – Hawks vs. Ducks Preview/Remote Programming: Smile Gets Blue, Someone Should Have Warned You 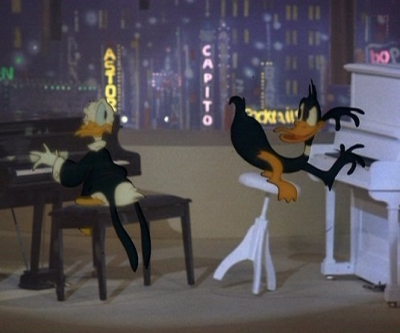 After showing an actual pulse yesterday in the third period, after a comeback we hadn’t seen in a very long while, and after an actually stirring win (though signifying nothing), the Hawks reward is to huff it down the I-5 to Orange County. Almost doesn’t seem fair. Anaheim isn’t a reward for anything.

What the Hawks will find when they get there is much like yesterday, a team clutching the last playoff spot with one or two cla…feet? Beaks? Whatever, carry your own metaphor here. The Ducks are in the last wild card spot, one point ahead of both the Avs and Blues and three ahead of the Flames. They’re four behind the Kings for the right to have another Battle of California in the first round.

It’s been up and down since you last saw Anaheim take a tight one over the Hawks here at the UC 20 days ago. They won the next three in Dallas, Vegas and Minnesota, but then found a way to only find a point in back-to-back games against the Coyotes and Oilers. They bounced back on Thursday with a win over the similarly flailing Blue Jackets.

Not much has changed with the Ducks in that time, roster-wise. GM Bob Murray didn’t think this team was worth investing too heavily into at the deadline, and with good cause. The problems they have–i.e. Cory Perry died, Ryan Getzlaf stopped caring about three seasons ago, and Ryan Kesler is now made of gum and duct tape–aren’t going to be solved by any trade. The Ducks can’t score much thanks to Perry dragging down the top line and Kesler the second, and Adam Henrique on the third can only do so much. But they don’t give up much either, thanks to the sterling form of John Gibson and Randy “Concussions Happen Because The Brain Gets Hot While Wearing A Helmet” Carlyle’s system not really allowing for any adventure on either side. They do that while still playing Kevin Bieksa, which is a hell of an accomplishment.

That’ll make for a real decision for Murray this summer, as Gibson will be heading into the last year of his deal. Thankfully for Murray it’ll only be an RFA problem but we know what starting goaltenders go for. Another big year from Gibson and he could ask for a lot from a team committed to paying their three cadavers at forward $23.4 million from here until The Reckoning.

While the Ducks will be flapping furiously until the end of the season (see what I did there?) to make the playoffs, that’s basically only window dressing for them. This team is most likely first-round cannon fodder for anyone they see, unless Gibson simply goes nuts. They don’t have the front-line scoring as Perry and Getzlaf are just too easily taken out of games now (as they always were in any game that mattered when they could move). Hampus! Hampus! is having a Norris quality season but Carlyle is insisting on playing him with Bieksa now, so what’s that shutting down? Cam Fowler and Brandon Montour aren’t doing that either. Stranger things have happened of course, but don’t bet on it. And once they’re out, this Ducks window is almost certainly closed.

Shouldn’t see too many changes from the Hawks, other than in net where JF Berube will hopefully not have Erik Gustafsson trying to kill him emotionally and physically as he did in San Jose. Q could get cute we guess and start Forsberg again, trying to ride the wave of yesterday. Whatever at this point. More of The Nuclear Option and see just what Carlyle wants to combat that with.

We know most of you are rooting for losses and better drafting position. We don’t blame you. But given how much we hate Anaheim and that they still have something to play for, seeing the Hawks try and build something off of yesterday and making life harder for the Ducks has major appeal. This one won’t be pretty given how the Ducks normally play, their stakes in this one, and the Hawks having played yesterday. But as is always the case in Orange County, just get through it and get the hell out of there as quickly as possible. 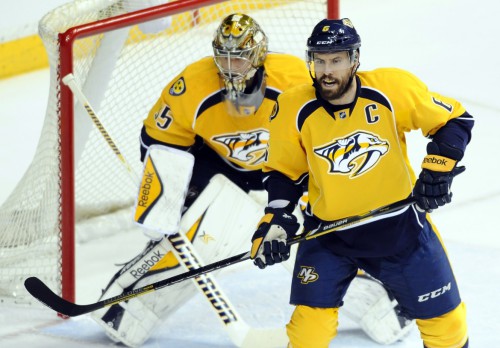 The Best Bad Idea We Have – Nashville Predators Playoff Preview: Goalie And Defense 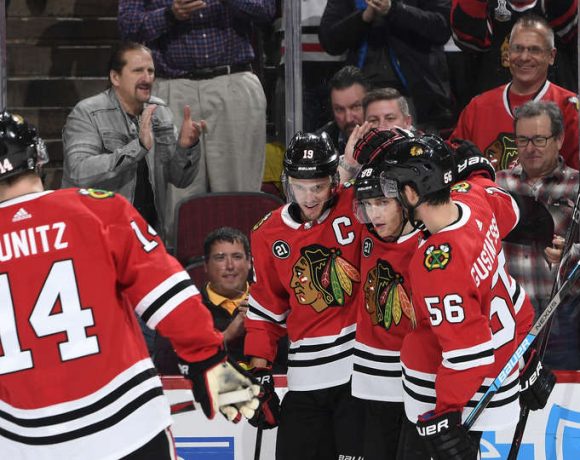