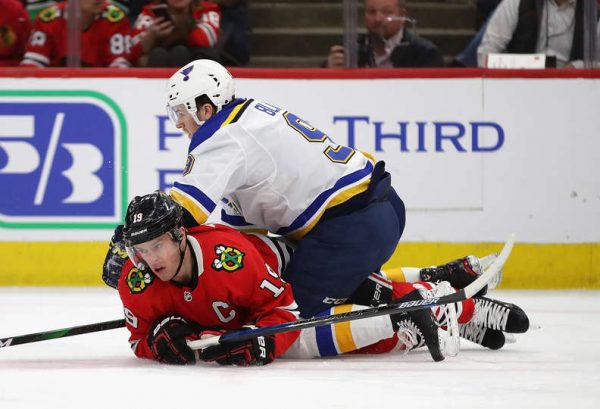 Well, it was game #69 so insert NICE joke here…hahaha, I said insert. OK, enough Beavis and Butthead, we just had to sit through an awful game that was by turns boring and frustrating. The Hawks had opportunities and squandered them, the Blues were oafs and went after noted tough guys Adam Boqvist and Alex DeBrincat, which just shows you what bullies really are and why they’re such assholes. It wasn’t an embarrassing loss like the other night against Detroit, simply by virtue of the fact the Blues are contenders, but it doesn’t really feel any better. Let’s get through this together and break down this terrible game.

–So the first period was truly one of the most boring displays I’ve seen in weeks. There was a total of 14 shots combined (7 for each team) and it definitely did not feel like there were that many. I don’t have much else to tell you. Caggiula hit the post and Corey Crawford did his best Robin Lehner impersonation at one point–that was about it.

–Then the second period turned into an idiot-fest, with the Blues going full-on Blues, as Oskar Sundqvist basically pirouetted to make sure he jabbed Adam Boqvist’s face with his forearm and the butt of his stick, which resulted in a brawl between both lines. Duncan Keith managed to get taken down immediately and Drake Caggiula jumped in to take the heat off Top Cat. Now, I think at this point you know I can’t stand the fighting in hockey, and this maelstrom basically explains why. First, the fucking Blues went after Alex DeBrincat, who happened to be out there along with linemates Kirby Dach and Caggiula. So number one, you’ve got to be fucking kidding me, going after two children (Boqvist and DeBrincat). Literally you should fight me instead, you fucking pussies. Second, Drake Caggiula REALLY needs to stop fighting because of his concussion history. Third, the refs DOWNGRADED Sundqvist’s penalty to a minor! How is this even a thing?

It was a ridiculous example of everything that is lame with this neanderthal mindset in hockey, and even worse, Boqvist was knocked out of the game and this guy has finally had some strong games AND came back from whatever wrist issue he was having. If he’s got a concussion the Hawks need to shut him down for the rest of the season which is a fucking shame beyond words. Also, Caggiula didn’t return and while I’m not as concerned about the effect on the team if he doesn’t play again this season, I am concerned about his health as human fucking being. A ridiculous situation in every way possible, and the NHL should be fucking embarrassed that their reigning Stanley Cup champions and supposed big-market powerhouse from the Original Six had an important game (for one side) devolve into this bullshit that knocked out two Hawks players. Well done, dumbshits.

–Connor Murphy didn’t have a great game, let’s be honest. He lost Bortuzzo in front of the net which led directly to the first goal. And while we’re at it, Alex Nylander didn’t have a great game either, and his turnover at the defensive blue line led directly to the second goal. Murphy I can forgive because he’s usually handling such shit work that you can’t be too mad about a fuck up here and there. Nylander gets no such credit.

–Corey Crawford was outstanding again. I’ve got to be honest, I really want Malcolm Subban to get some time both to see what he can do, and also to give Crow a bit of a rest here. It really no longer matters for the Hawks’ season–those playoff pipe dreams are just that. But regardless of any of that, Crawford was solid as usual, and it was downright refreshing to hear the broadcast give him the credit he deserves, including going so far as to say the only reason they’re even in the playoff discussion is because of him.

–Oh, and then the Hawks went like 12 minutes into the third before they even got a shot off. It seemed like they knew the jig was up and just stopped trying. Are they wrong? No. Will it be tough to watch this for the next month? Yes.

–So it’s International Women’s Day and the NHL attempted to do something sorta decent by having an all-female broadcast crew, and honestly I’m here for it. For a couple reasons: obviously I think it’s pretty clear at this point that I care deeply about representation and addressing historical disparities with opportunities. Second, because I enjoy listening to anyone who isn’t Pierre fucking McGuire. And while I’m uneasy about the token-ness of this night–i.e., hey we have women on a special broadcast, see we’re doing things!!!!–the fact remains that female broadcasters need opportunities to hone their craft. Kate Scott was outstanding as the play-by-play call, and I would prefer her 10 out of 10 times to Foley or any other dope. AJ Mleczko was excellent on the color call, but I have to say Kendall Coyne Schofield still sounds uncomfortable on camera. Again, this can be addressed with more opportunities and experience, as it should be. Remember how cringy Patrick Sharp‘s first few broadcasts were? If he can get better at it, so can Kendall and so can other women broadcasters. Hopefully this is can be more than a token.

Well friends, this weekend kinda felt like the nail in the coffin. Maybe it is, and maybe they can manage a decent draft pick; I’m too tired to decode this into some great revelation other than it seems like they’re screwed. But, they’ve got another string of rather weak opponents coming up so perhaps a fool’s errand? Onward and…upward? 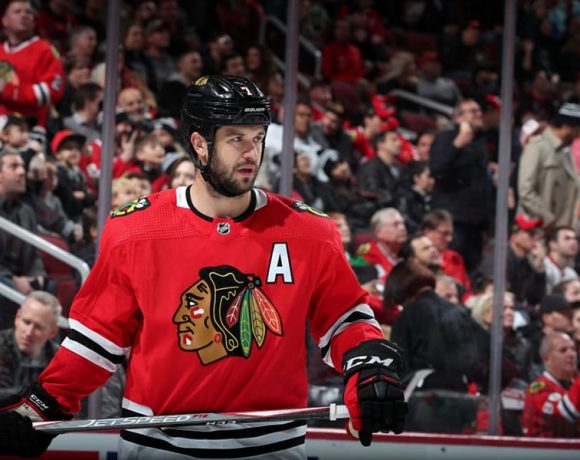 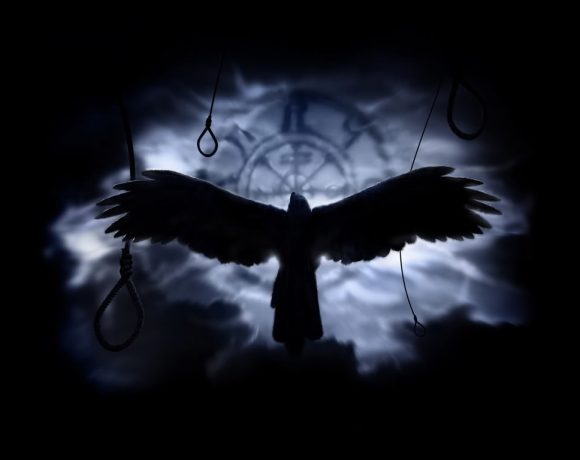