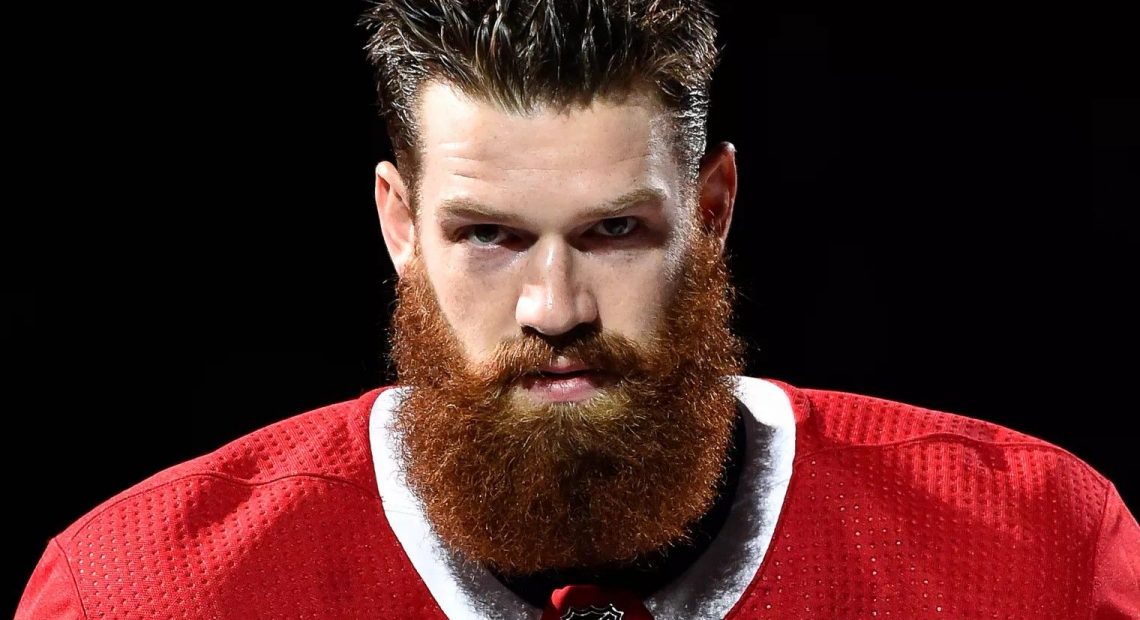 We’re not anti-facial hair. We can’t be. Our editor doesn’t have a chin and uses a beard to cover that up. But there seems to be a hockey rule that if you’re going to wear a beard full-time, it has to be stupidly big. And if you have a big, stupid beard, you can probably fool people into thinking you’re intimidating and a physical presence. You look like one, so you must be one. If you think hockey scouting has moved beyond “looking like one,” you haven’t been paying attention. Hockey scouts are still trying to sell jeans here, to borrow a term.

Jordie Benn has that along with the lucky last name policy. Don’t make it complicated. Jordie Benn sucks. He always has. If his name was Jordie Shnrub he’d be on a bus somewhere heading to somewhere you wouldn’t want to be. Throw in a big beard, and you can’t get rid of him. Oh he blocks a lot of shots? Does it count when you simply can’t get out of the way? We don’t think it does.

And he’s got a beard. He’s not Joe Thornton, who at least has old-man-who’s-too-tired-to-shave excuse built in. He’s not Brent Burns, who’s trying really hard to be weird. This isn’t Park Slope, so fuck off with that shit, Jordie. We might actually believe you growl and grunt when on the ice. You clearly want us to. But it’s not helping with anything.

Unless you’re in Anthrax, trim that shit up and leave us alone.

High On The Hog: Piggin’ Out On Home Cookin’